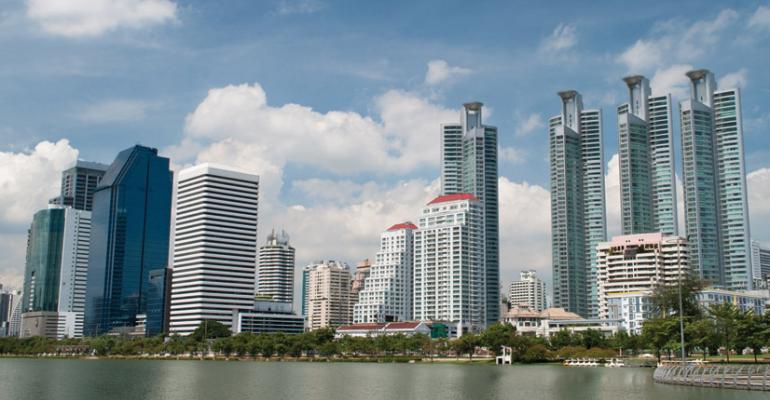 The opening last week of nine of the 30 Aldi stores planned for Houston over the next two years and the imminent entry of The Fresh Market there means competition for the city’s conventional operators is likely to escalate.

Aldi plans to open its stores in low-income neighborhoods — areas that Kroger Co. and Safeway have avoided, one longtime market watcher told SN — “and while Aldi is not likely to capture a large share of the market, the big question is, how disruptive will it be to pricing in Houston? When Aldi entered Dallas a few years ago, everyone was forced to lower milk prices.” 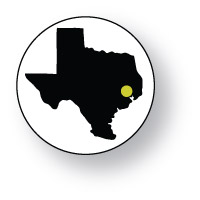 Wal-Mart Stores, Houston’s market-share leader, doesn’t usually respond to anything Aldi does in other markets, he noted.

Among specialty operations, Trader Joe’s has already opened its first two stores in the market; Sprouts Farmers Market plans to unveil its second Houston store this week; and Whole Foods Market is doing well at its seven Houston locations, observers said, with The Fresh Market due to open soon in four primarily upscale neighborhoods at locations leased from Rice Epicurean Markets.

“With Whole Foods already well established in Houston, I think The Fresh Market will have a tough time attracting customers,” the longtime market watcher said. “Of the stores it will open, each is located close to one of the conventional chains or to a Whole Foods, so Fresh Market may find it’s come a little too late to the party.” 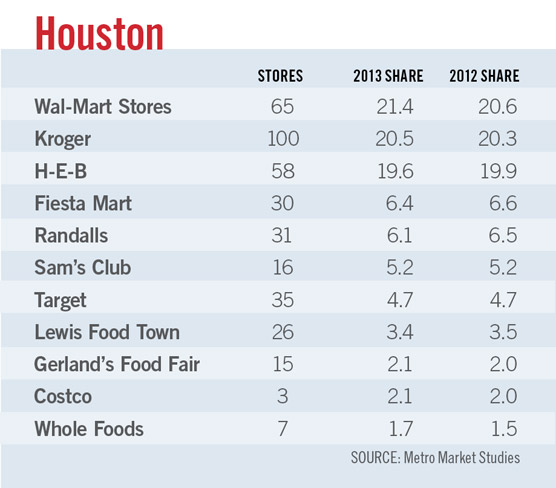 As the market continues to become more segmented, H-E-B and Kroger are continuing to fight for the middle ground, while Safeway-owned Randalls appears to “have lost its edge,” observers told SN.

That leaves H-E-B and Kroger slugging it out for the mid-range customer, with Kroger operating twice as many stores in the market but with H-E-B having a slight edge in terms of getting better new-store locations, observers noted.

Kroger, in the No. 2 market-share position, clearly holds its own “with stores that are strong and promotions based on loyalty-card data that are very effective,” one observer said.

“But H-E-B is not inclined to let anyone out-flank them,” the longtime market watcher said. “Those guys are tough and aggressive, and they learn from what others are doing, which has led them to open a variety of formats — conventional, upscale [Central Market], ethnic [Mi Tienda] and value-priced [Joe V’s].”

H-E-B is making its bid for the low-end shopper with five of its six Joe V’s Smart Shops in Houston— a two-year-old basic format that offers “crazy low prices” and “seriously outrageous deals,” according to its ads, in stores of 50,000 square feet that are reportedly priced below Wal-Mart.