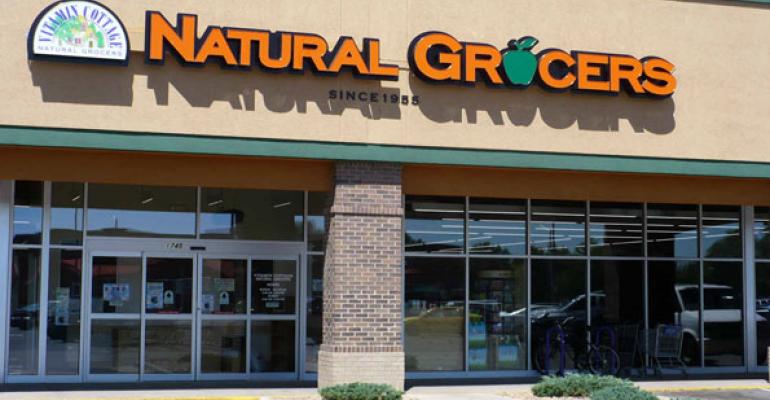 <p> The company said it expected to raised more than $50 million in the offering to fuel its growth plans.</p>
News>Retail & Financial

New IPO Cashes In on Trends

LAKEWOOD, Colo. — Shares of Natural Grocers by Vitamin Cottage were up more than 20% in their first days of trading last week after the organic-product retailer had its stock priced at $15 per share and opened at $18.

“We thought this was a good time to come to market — an opportune moment,” Kemper Isely, chief executive officer of the historically secretive company, told CNBC on the morning of the initial public offering.

His comment was in response to a question about riding on the coattails of two industry companies it will compete with in some ways — Whole Foods Market and The Fresh Market — both relatively high-growth operators that have seen their stock prices soar amid the economic malaise.

Natural Grocers operates a small box like The Fresh Market, with a strong focus on organic foods that appeals to purists, somewhat akin to Whole Foods, but perhaps with more semblance to mom-and-pop health-food stores.

Like its bigger, publicly traded rivals, Natural Grocers also has aggressive expansion plans. Isely told CNBC his 55-store chain is eyeing a 20% compound annual growth rate for new stores in the next five years — including 12 in the next year and between 84 and 100 new stores over a five-year span. The company previously said it believes the U.S. market can support 1,100 of its 12,000-square-foot stores.

Company executives were not available for comment to SN last week.

In filings with the Securities and Exchange Commission, Natural Grocers said it recorded 40 consecutive quarters of comparable-store sales gains, including gains of 10% through the first half of its current fiscal year.

Isely said the company is projecting comps “in the mid-single digits” going forward. “Awareness of organic foods and natural foods is increasing, and [consumers] will continue to realize the advantage that natural and organic foods give them in their diet,” he said in the CNBC interview.

The company said it expected to raise more than $50 million in the offering to fuel its growth plans. It offered about 7.1 million shares, including about 3.5 million that were offered by previous investors and 3.6 million offered by the company itself. The stock now trades under the symbol NGVC on the New York Stock Exchange.

Members of the Isely family and their various holdings continue to own and control approximately 63.57% of the company’s common stock.

In addition to its aggressive store-opening plans, Natural Grocers also is in the process of relocating its bulk repackaging and distribution center. Although it sources about 53% of its product from United Natural Foods Inc. and UNFI subsidiary Albert’s Organics, the company also operates a 42,000-square-foot facility in Englewood, Colo., where it repackages private-label bulk foods, among other functions. It is relocating to a 107,000-square-foot facility in Golden, Colo.

The company recently extended its agreement with UNFI through 2016 for dry grocery and frozen foods.