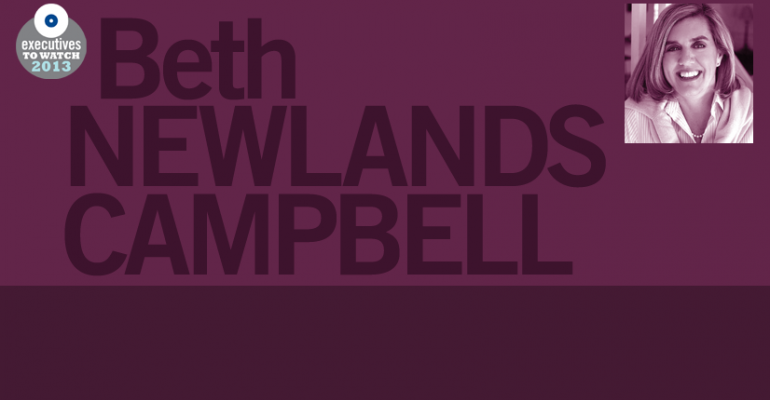 Now her skills and experience will be put to the test at Hannaford’s much larger — and more troubled — sister chain, Food Lion, based here, where she was recently named president.

Her assignment was part of a broad overhaul of management personnel at Delhaize America, in which the new chief executive officer, Roland Smith, has streamlined the structure of the company in the wake of store closures.

Newlands Campbell, who began her career as a Hannaford store manager trainee in 1987 and worked in a variety of roles before being named president of the Scarborough, Maine-based banner, was part of “one of the best management teams in the industry” during her time there, said one observer.

Hannaford Bros., an EDLP operator, has long had a focus on supply-chain efficiency, on talent development and on innovation — qualities that could be important at Food Lion as the 1,100-store chain seeks to regain sales momentum.

In an interview with SN while she was at Hannaford Bros., Newlands Campbell explained that innovation was a key value at that chain, and she was an advocate of testing new ideas in the field, as well as using customer research to support forward-thinking ideas.

“We try to stay in touch with what consumers want today, but also look for emerging trends — consumers might not be talking about something that may not exist yet, but there are ways to get at that with research,” she told SN at that time. “I think our gut feeling is important, but the science is very important as well — there’s an art and science involved.”

She also discussed the importance of hiring good people, providing strong customer service and making sure there are open communications between retail store operations and corporate management.

“At some companies there can be big walls between corporate and retail, but it’s not that way at Hannaford,” she said. “We really appreciate someone coming in from the stores who can speak the language and can appreciate things as simple as how to send a memo to a deli manager that gets their attention, for example.”

In a statement, Food Lion said all of Newlands Campbell’s roles at Hannaford “have focused on building outstanding service experiences, effective strategies and strong brands.”

“She worked on the team that launched the Hannaford brand more than a decade ago,” Food Lion said in the statement. “She also has led the organization through strategic changes supporting value, health and ease for shoppers.”

A native of Pittsford, N.Y., Newlands Campbell graduated from Cornell University with a bachelor’s degree in food industry management.

Although she spent her entire career at Hannaford Bros., Newlands Campbell is familiar with Delhaize’s other banners, both in the U.S. and in Europe, as the company seeks to share knowledge across the organization.

In fact, Hannaford has in the past been responsible for management of the company’s Sweetbay chain in Florida and its former Bloom banner in the Carolinas and Virginia.

“At the end of the day we are selling groceries and have the same challenges,” Newlands Campbell was quoted as saying in the Portland, Maine, Press Herald.