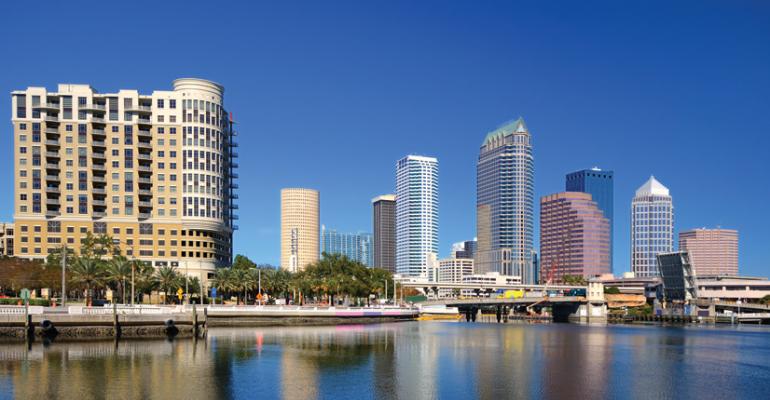 Publix, Others Benefit From Sweetbay’s Slide in Tampa

The strong are only getting stronger in the Tampa, Fla., market, where Delhaize America-owned Sweetbay Supermarkets in February closed 33 of its locations.

“I don’t think it shocked people locally to see Sweetbay go down,” said John Crossman, president of Orlando, Fla.-based Crossman & Co. “They were one of those grocers who it is hard to say what demographic they are going after.” 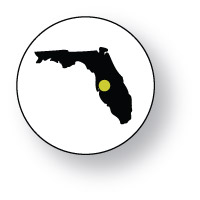 While Sweetbay continues to operate 72 supermarkets in Florida, its closings have given a boost to the No. 1 player in the Tampa-St. Petersburg market, Lakeland-based Publix Super Markets.

“Publix is by far the dominant player,” said Crossman. “After them there is a big gap, and then it breaks up among specialty players, and those focused on the high end and the low end.”

As the economy in the market begins to recover from its low a few years ago, Crossman said he sees 2013 as a “year of development” in the region, noting that tourism “has come back in a big way” along the area known as the I-4 corridor. Housing, too, is beginning to recover, and retail should follow, he noted. 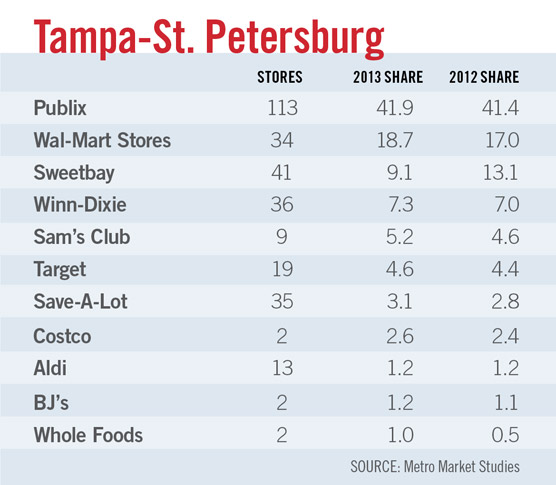 The slowly improving economy appears to be giving a lift to the assorted niche players that remain, including Whole Foods Market, The Fresh Market, Aldi, Save-A-Lot and some ethnic-focused chains. Wal-Mart Stores and Winn-Dixie also operate in the market.

Trader Joe’s made its Florida debut last year with a 14,000-square foot store in Naples, and expanded closer to the Tampa market with a store in Sarasota later in the year. Reports indicate additional locations could be coming to the region.

In addition, the Wawa, Pa.-based Wawa convenience-store chain opened its first stores in the Tampa Bay region early this year, and has since added four more in the area. It now has nine stores in Florida.