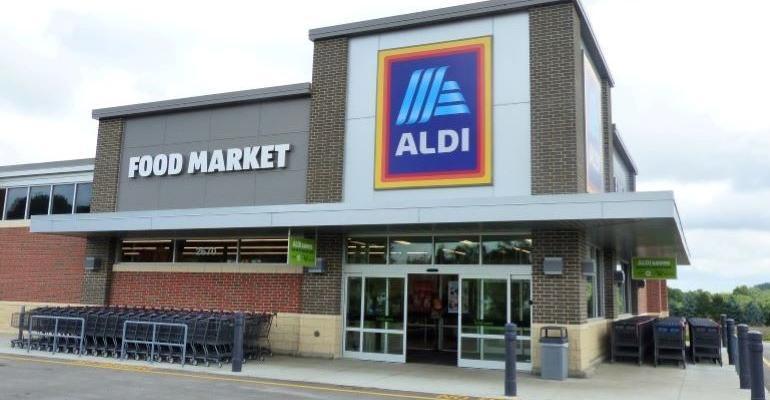 Russell Redman
Aldi will have eight Long Island stores with the opening of the new location in North Babylon, N.Y., later this week.
News>Retail & Financial

Aldi U.S. is set to expand to eight locations in New York’s Long Island with a new store in North Babylon.

Plans call for the store, located at 1251 Deer Park Ave., to open on Aug. 27, Batavia, Ill.-based Aldi U.S. said yesterday. The store will mark Aldi’s second new Long Island location this year, with the first opening in Valley Stream on Feb. 27. Both of the stores have about 12,000 square feet of retail space, as in typical Aldi locations.

“Long Island is an important market for us, and we are proud to be opening our second new store this year,” Chris Daniels, South Windsor division vice president for Aldi U.S., said in a statement. “Opening new stores and providing even more customers access to healthy, low-price groceries has always been one of our top priorities, and it’s more critical now than ever before. While food costs are rising across the country, our Long Island stores offer prices that are significantly lower than the competition.”

With the opening of the North Babylon store, Aldi will have seven locations in eastern Long Island’s Suffolk County. The other Suffolk stores are in Bay Shore, Lake Grove, Lindenhurst, Patchogue, Riverhead and Selden.

The Valley Stream store represented Aldi’s first location in Long Island’s Nassau County, which borders the New York City borough of Queens, where Aldi has a store in Rego Park. The chain also has six other New York City locations, with two stores apiece in Brooklyn, the Bronx and Manhattan.

Aldi passed the 2,000-store mark in the United States in June and is slated to open another 70-plus new locations by the end of the year, which will its reach into a new state. According to Jason Hart, CEO of Aldi U.S., the company expects to open nearly 100 stores overall in 2020, including four new stores in the greater Phoenix market that will bring Aldi into Arizona, its 37th state. In 2021, plans call for a Gulf Coast expansion that will extend Aldi into its 38th state, Louisiana, and add a new regional headquarters and distribution center in Loxley, Ala.

A $5 billion, five-year growth strategy launched in 2017 calls for Aldi to remodel and/or expand more than 1,300 stores and extend its retail network from 1,700 to 2,500 stores by the close of 2022. In July, the hard discount grocer was named as “Value Leader” for the 10th-straight year and its private brands as the most preferred in Market Force Information’s Grocery Benchmark Study, which polled 10,000-plus U.S. consumers.

Aldi’s Long Island expansion comes as rival discount grocer Lidl ramps up its presence in the region, as well as across its nine-state U.S. East Coast footprint. Arlington, Va.-based Lidl US today unveiled a $500 million plan to open 50 new stores by the end of 2021. Long Island is a key part of Lidl’s U.S. expansion since the retailer’s November 2018 acquisition of 27 Best Market stores in metropolitan New York, a deal that closed in early 2019. Lidl currently operates 103 U.S. stores.