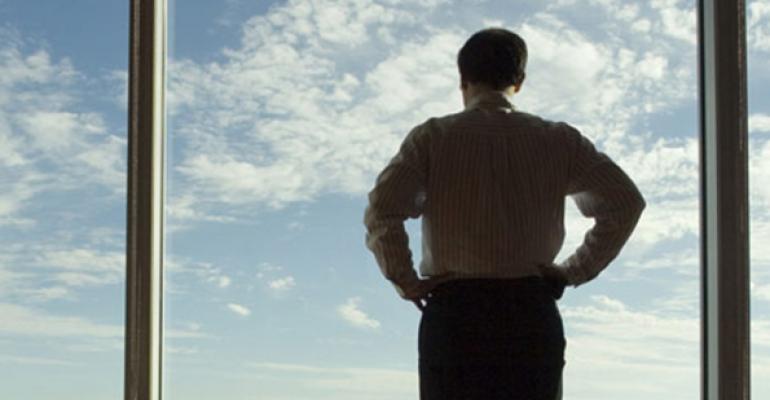 With ongoing consolidation in a slow-growing industry, jobs for supermarket executives just aren’t as plentiful as they once were. And though e-commerce offers a promising alternative track, not all brick-and-mortar jobs are built for the virtual world.

These phenomena are reflected in the annual survey of supermarket industry executive salaries as prepared exclusively for SN by the executive search firm Austin-Michael LP.

In an interview with SN, Jose Tamez, managing partner at Austin-Michael LP, said he expects the pending combination of Cerberus/Albertsons and Safeway to result in some scaling back of the combined workforce but said he’s unsure of how significant the changes will be or how rapidly they will arrive. This is because the one-time competitors have historically tended to manage their organizational charts differently, with the leaner, flatter Albertsons organization now absorbing a deeper, more hierarchal partner in Safeway.

The companies, still awaiting the finalization of the deal, have not commented on specific synergy goals of their merger, but the opportunity to reduce operating costs through the combination was “a significant benefit and part of the rationale for doing the merger,” according to Safeway’s Robert Edwards, who will serve as president and CEO of the combined entities.

Some changes are already planned at the executive level. Safeway most recently acknowledged that EVPs Larree Renda, Peter Bocian and Diane Dietz had reached separation agreements with the company; the three were not among the combined executive team announced in September.

When the Cerberus group acquired Albertsons — first as a partner of Supervalu in its Albertsons takeover, and later absorbing the remainder of the Albertsons assets from Supervalu — the layoffs were relatively modest, Tamez said.

“There wasn’t that much disruption in terms of workflow since many of those people worked with Albertsons, which historically operated a flat organization chart. So it wasn’t that destabilizing,” he said.

“But this [Safeway] merger could be different, because when Cerberus bought Safeway they bought large assets in terms of human capital,” he said. “Investments that had been made on the technology side, and on the own-brands side, and on the strategic side. They haven’t dealt with an enterprise that has assets in this fashion. How they handle this will be interesting. It may make a good case study one day.”

Tamez said he advocates a measured approach to such cutbacks, saying that synergy savings should not come at the expense of unique knowledge and experience. The recent Spartan Stores-Nash Finch merger — in which Spartan overtook a counterpart with a military sales unit Spartan didn’t previously have — was a good example of a sensible approach, he said.

“Finance executives salivate when they see redundancies in the organizational chart, because they see cost savings. The impulse to cut quickly is always there,” Tamez said. “But caution should be taken so that core competencies in these service-related business don’t suffer. Cutting people is the easiest thing to do. But looking at it mid- and long-term, is it the smartest thing to do? Once you take parts of the fence down, it’s much more difficult to rebuild. One doesn’t have to go far in history to see examples of this. ”

“The more senior your role, the less the demand in a consolidating marketplace,” he said. “It’s a pure numbers game.”

Data from Austin-Michaels indicates, for instance, that salaries of CEOs for all sizes of grocery retailers were down from 2013, while senior roles like COO, CFO and CMO showed only small gains or stayed the same.

E-commerce represents a growing opportunity for some people in the traditional retail field, but workers should know that not all skills are portable, and some things are different than traditional brick-and-mortar retail. Supermarket merchandising and operations professionals, for example, tend to see fewer opportunities in e-commerce.

“The biggest cross opportunities in an e-commerce enterprise are in areas of category analysis, category management, procurement, and also pricing, supply chain and support services — HR, IT, finance and logistics. All of those areas have a high level of portability to an e-commerce enterprise,” Tamez said. “Here’s one thing though — e-tailers operate with a much flatter org chart than brick-and-mortar operators do. So the abundance of those roles won’t be similar as they would with a traditional retailer.”

Grocery professionals eyeing opportunities in e-commerce should also be aware that the business tends to run faster than in traditional retail because it's not tied as tightly to fixed physical aspects. A look on professional networking sites turns up several professionals staffing Amazon Fresh from the traditional grocery field, including a former Walmart buyer as a category leader in produce; a logistics senior leader with experience at Winn-Dixie and C&S Wholesale; and a food safety manager with experience at Fresh & Easy and New Seasons.

“The call for innovation is much higher in ecommerce than in brick-and-mortar, Tamez said. “Much of this is because in brick and mortar you’re tied to a fixed and traditional operating system and in e-commerce, things could change by lunchtime. In that sense some people who have been in traditional retail the longest may not port over because they don’t have that nimbleness, that adaptability that you need in e–commerce. It’s a different environment.”