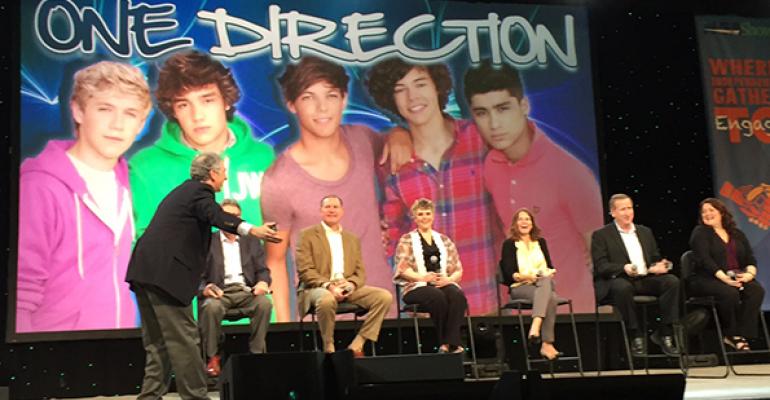 <p>Michael Sansolo with winners of the Creative Choice Awards for marketing, which included a County Market promotion for free One Direction concert tickets.</p>
News>Retail & Financial

County Market won for a marketing effort in early July, in partnership with Mondelez, that offered free tickets to a concert by One Direction, using Oreos as the featured product. To become eligible, consumers had to buy two packages of Oreo cookies and scan their loyalty cards.

Coborn’s won the merchandising prize for a large-scale food drive during October, supported by the Minnesota Grocers Association, to raise food and money for local food pantries.

NGA said nearly 300 entries were judged on the basis of creativity, clarity and effectivenesss by a panel of industry experts, which narrowed the field of nominees, with winners being determined by voting online and by the judges.

Michael Sansolo, president of Sansolo Solutions and event emcee, urged retailers to pick up ideas from the winners. "We need to create excitement, entertainment, and other reasons for people to come to our stores," he said. "That's what marketing and merchandising are all about."