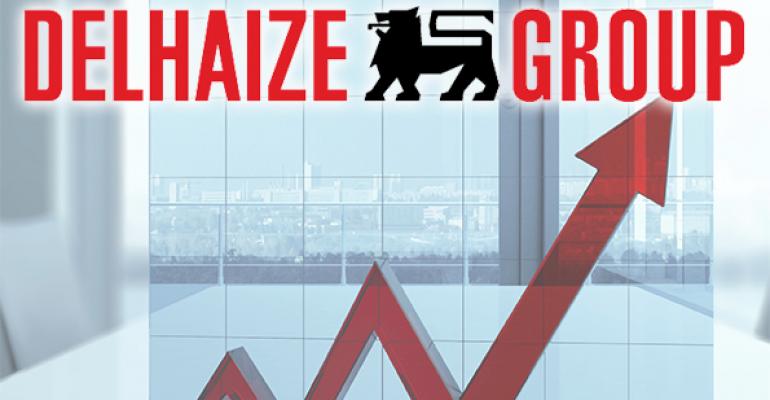 Delhaize Group on Wednesday said U.S. sales continued to improve despite a “meaningful” dip in inflation during the fiscal first quarter.

Overall U.S. revenues were up by 3.2% in the quarter to $4.4 billion, paced by 2.5% comparable store sales growth at its Hannaford and Food Lion banners. Officials said retail price inflation decreased — particularly toward the end of the quarter, and in the dairy and produce categories specifically — and stood at 1.2% for the quarter.

Frans Muller, Delhaize’s CEO, said the company remained encouraged by results at renovated “Easy, Fresh and Affordable” Food Lion stores during the quarter but the chain was “fine-tuning” shrink and labor at the stores with an eye on improving their profitability.

The Brussels-based company has completed 76 such renovations so far with plans for 160 additional stores in the Raleigh, N.C. market this year.

Elsewhere, Muller said, Delhaize completed the rollout of new checkout technology to all of its Food Lion stores. Other chainwide initiatives to improve center store assortments and new private brands are progressing. By the end of March, approximately 25% of the new store brand products — replacing the My Essentials line — were already in the stores representing 1,250 SKUs.

Muller also reiterated plans to run a number of pilots on fresh assortment and service at Hannaford this year. The company also plans to open a smaller format of 20,000 square feet this summer. Hannaford To Go, the click and collect proposition, is planned for an additional 15 Hannaford locations this year, he added.