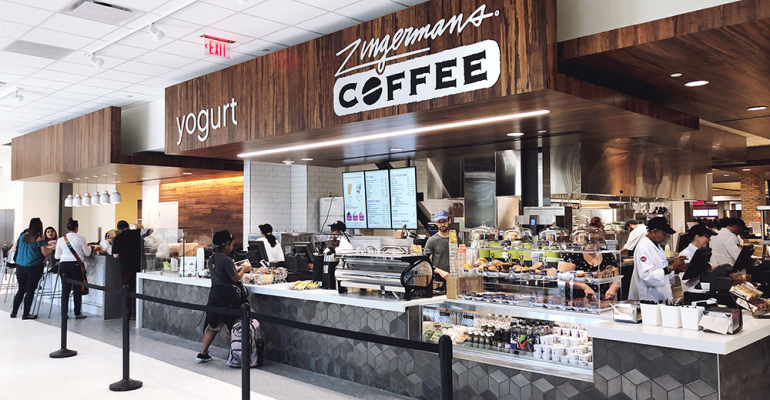 The most popular dining outlet on the campus of Oakland University in Rochester, Mich., is currently the new Plum Market Kitchen, which was developed by the Plum Market regional high-end grocery firm. Located in the newly renovated Oakland Center, which serves as a student union for the university, Plum Market Kitchen offers a range of scratch-made, chef-crafted options such as seasonally fresh composed salads, all-natural meat and seafood entrées, grab-and-go artisan sandwiches, organic snacks, soups and freshly brewed coffee from regional firm Zingerman’s.

“They were looking for more healthy and natural/organic offerings than what they have now,” says Plum Market CEO Matt Jonna. “The university had just completed a $40 million renovation of its Oakland Center and wanted a quality dining option there. They brought us together with Chartwells, which operates dining on their campus. We licensed our Plum Market Kitchen brand to them and they operate it for us.”

Freshly prepared dishes such as specialty salads are a key feature of Plum Market Kitchen.

Students can pay either with cash, credit cards or the school’s declining balance meal account.

Plum Market Kitchen is a hybrid concept developed by Plum Market that was first deployed at the Detroit Airport in 2015. Unlike the retail grocery model of the company’s traditional stores, Plum Market Kitchen emphasizes prepared foods and grab and go, an approach that has seen considerable success in venues where customers are looking for ready-to-eat options.

“When we opened at the Detroit Airport, we were really surprised at how successful it was,” Jonna remarks. “At 3,000 square feet, it does over $10 million a year!”

A couple of more Plum Market Kitchen outlets opened subsequently in downtown Detroit. A second college campus location is slated to debut this month at Northwestern University, followed by one in the new Henry Ford Detroit Pistons Performance Center next spring as Plum Market becomes the official foodservice provider for the Pistons, charged with serving the team’s meals as well as working with the athletes’ trainers and nutritionists to make sure their meals adhere to each player’s specific diet.

Jonna describes the Plum Market Kitchen concept as a “small format” version of its “large format” grocery stores that are similar to the Whole Foods approach of a premium product mix that emphasizes natural, organic and locally sourced products complemented by a range of freshly made, high-end prepared foods.

In addition to the grocery stores and the Plum Market Kitchen locations, the company also has a foodservice division that operates onsite dining for a dozen K-12 school and corporate clients. 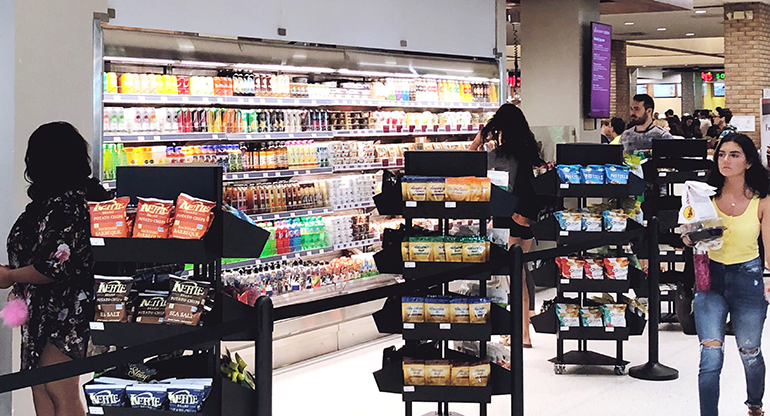 Though its large-format groceries remain the bulk of its business, Plum Market generated enough foodservice-based revenue between its foodservice locations and the Plum Market Kitchen venues to qualify for FM’s Top 50 listing this year.

Oakland University is a public university with an enrollment of around 26,000, of whom about a fifth live on campus. In addition to Plum Market Kitchen, other campus dining options at Oakland include two all-you-care-to-eat residential dining halls, a food court with several national branded concepts and various cafés and coffee/snack shops scattered around campus.