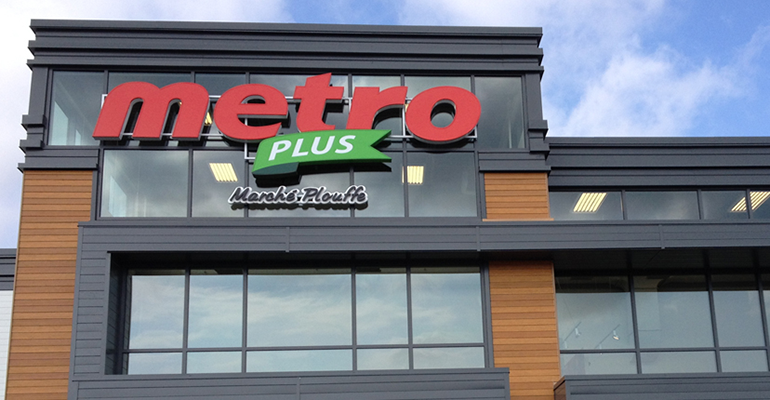 Metro gains in Q3 but falls short of analysts’ forecast

Same-store sales at Metro’s food stores rose 3.1%, with inflation in the shopping basket of about 2.5% during the quarter. Comparable pharmacy sales climbed 3.4%, reflecting increases of 4.3% in the front end and 2.9% in the pharmacy department. Prescriptions filled grew 2.7% year over year.

Operating income (before depreciation and amortization and associates' earnings) came in at $423.1 million, or 8.1% of sales, for the third quarter, compared with $320.3 million, or 6.9% of sales, in the prior-year period, which included a $25.1 million expense from the Jean Coutu acquisition.

Metro completed the $4.5 billion Jean Coutu deal in May 2018. The company said 2019 third-quarter financials include slightly more than eight weeks of results from Jean Coutu. For the quarter, Metro reported synergies of $15.7 million related to acquisition.

"We're very pleased with our third-quarter results, as our key performance indicators all showed progress,” Metro President and CEO Eric La Flèche said in a statement. “We executed well on our business plans while realizing synergies from the acquisition of the Jean Coutu Group, which have now reached $61 million on an annualized basis. We're confident that our sustained investments and customer-focused strategies will enable us to reach our long-term growth objectives.”

Analysts’ consensus forecast was for adjusted earnings per share of 91 cents, according to Zacks Investment Research.

The Montreal-based company’s retail network encompasses more than 600 supermarkets and discount stores under the Metro, Metro Plus, Super C, Food Basics and Adonis banners, as well as over 650 drugstores under the Jean Coutu, Brunet, Metro Pharmacy and Drug Basics banners.