Reflections on the past: SN's Financial Analysts Roundtables 2001-2005

In honor of the 20th annual Financial Analysts Roundtable event, SN looks back at the first 19 discussions, presented in a series leading up to SN&rsquo;s coverage of this year&rsquo;s event, which took place last month. A summary of 2001-2005 revisits tackling price, and discounters mount a threat

In honor of the 20th annual event, SN looked back at the first 19 discussions, presented in the below capsule reviews. These will be published in a series leading up to SN’s coverage of this year’s event, which took place last month. 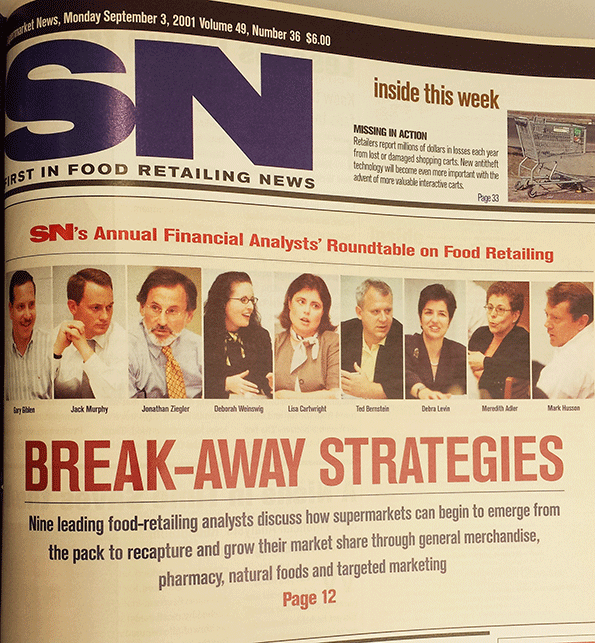 Interviewed weeks before Sept. 11, analysts said supermarkets could not rely on the benefits of consolidation to boost sales but had to look at other areas, including fuel centers, pharmacies, natural foods and general merchandise.

They also noted that supermarkets had failed to trade down as the economy weakened, chiding operators for failing to accommodate low-income shoppers, who by then were shifting purchases to dollar stores — the first mention of that format at an SN roundtable.

During the seventh annual roundtable, analysts continued to criticize supermarket operators for failing to adjust pricing to a slowing economy, warning that driving earnings by expanding gross margins would lead to troubles with price perception.

“As retailers focused on integrating acquisitions and dealing with technology issues, they basically took their eye off the ball in terms of where they should price. So when the economy started to move into a downturn, they really weren't where they should have been in terms of pricing,” one analyst said.

Meanwhile, stocks continued to suffer, and analysts said they would continue to suffer as long as the chains were losing sales. "To gain sales momentum, some of the chains are going to have to give up some margin or stop letting margin grow," one participant said.

In 2003, analysts expressed concerns that shoppers who had turned to discounters and other alternatives during the recession might never return once the economy recovered.

And though retailers were responding to a call to get more price-competitive, sales had yet to show it.

“Companies have all been cutting prices and are being more promotional, and we haven't really seen much sales impact from all those sacrifices,” one analyst said. “And if everyone is sacrificing price at the same time, doesn't that just erode your gross margin permanently?”

Although the economy was showing signs of picking up, the presence of close to 1,300 Walmart Supercenters posed a threat to recovery. With Walmart growing sales at 20% a year while supermarkets were struggling to gain 4% to 5% growth in what was basically a no-growth industry, one analyst said he was advising investors to stay away from supermarket stocks. 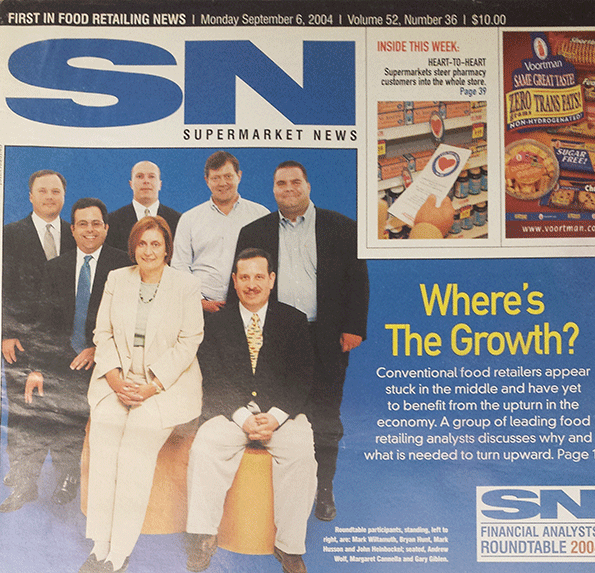 Despite an uptick in the economy and a return of inflation, supermarket performance was still on a downward cycle, analysts said during the 2004 roundtable, with Walmart continuing to capture most of the industry's sales growth and operators needing to invest in prices, promotion or service to reverse the negative trends.

Although supermarkets were no longer regarded as a growth industry, and unlikely to achieve anything more than single-digit improvements in earnings per share, cash flow was holding up well, they said. They also said that while industry sales were unlikely to get worse, they were unlikely to improve significantly, and stocks were still heading downward.

While all of the “Big 3” retailers were licking wounds suffered in a prolonged strike-lockout in Southern California, one of them was beginning to see results of another strategic initiative. Two years after committing to invest in margins in order to narrow the pricing gap with Wal-Mart Stores, Kroger was "the first conventional supermarket stock I've recommended in the last three years,” one analyst remarked during the roundtable in 2005.

The 141-day strike-lockout proved longer and more expensive than Kroger, Safeway or Albertsons had anticipated, but most analysts agreed it was necessary to keep costs under control while facing a growing cadre of nonunion competitors like Walmart and Whole Foods.