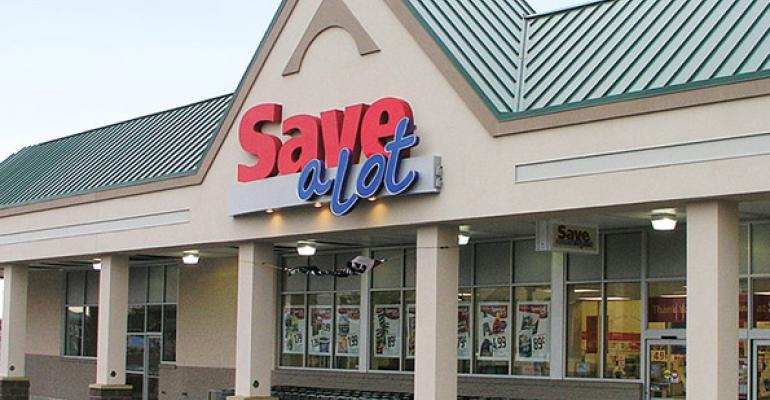 Supervalu on Thursday informed shareholders and federal authorities of its intention to spin off its Save-A-Lot discount division to a publicly traded company that will be controlled by at least 80.1% by Supervalu shareholders.

“We believe that separating Save-A-Lot from Supervalu so that it can operate as an independent, publicly traded company is in the best interests of both Supervalu and Save-A-Lot,” Sam Duncan, CEO of the Minneapolis-based company, said in a letter to shareholders. “As two distinct publicly traded companies, each of Supervalu and Save-A-Lot will be better positioned to focus on its respective businesses, customers and strategic priorities and to capitalize on growth opportunities.”

Supervalu in a release said the Form 10 filing with the SEC had begun preparations to allow for a possible spin-off of Save-A-Lot into a stand-alone public company, "although at this time that can can be no assurances that a separation or spin-off of Supervalu will occur, or that any changes in the company's overall operations will happen."

Duncan raised the possibility of spinning off Save-A-Lot in July. Most recently the company hired a new CEO, Eric Claus, who has experience heading a public company. Claus began Dec. 14.

“After the separation, Supervalu and Save-A-Lot will each strive to be an industry leader in terms of both products and services in their respective businesses,” Duncan added in his letter to shareholders. “We believe Supervalu will be able to focus on providing wholesale distribution services to independent retail customers and operating its five regionally based traditional-format grocery banners. Save-A-Lot will continue to be a leader in hard discount grocery retailing in the United States."

The prospectus said Save-A-Lot shares would trade on the New York Stock Exchange. The documents did not indicate a share price or a total proceeds anticipated in the deal or a date for the potential spinoff. Duncan said Supervalu stockholders would receive one share of Save-A-Lot common stock for every share of Supervalu common stock held by such stockholder on the record date. Because the distribution ratio has not been determined, the company cannot say at this time how many shares of Supervalu common stock would be needed for one share of Save-A-Lot stock, a company spokesman told SN Thursday.

In a prospectus filed Thursday, Save-A-Lot said it is positioned to ride expansion of the limited assortment discount grocery format in the U.S. — a segment it said remains relatively underpenetrated and poised for additional growth.

“We believe the United States can support more than 3,500 Save-A-Lot stores under our existing store concept and layout,” the company said, noting that that number could expand. It plans to open approximately 90 stores per year in fiscal 2016 and fiscal 2017, and to maintain mid-to-high single digit rates of annual new store growth in future years.

Citing Willard Bishop figures, Save-A-Lot said the limited assortment channel represented approximately 3% of the overall U.S. market and is projected for annual growth of 8% over the next five years. “Moreover, this channel remains less-established in the U.S. than in comparable developed economies, such as in Europe and Canada, where in 2014… discounter penetration of overall grocery market sales was 16%,” the company said, citing Planet Retail figures.

Save-A-Lot said its stores are differentiated as a result of high private brand penetration, a simplified, 3,000-SKU assortment, and emphasis on fresh food. The company said it would continue to operate licensed and corporate stores, but said corporate stores provided a superior vehicle for penetrating new markets including ongoing expansions in Las Vegas and Los Angeles.

"As an independent, publicly traded company, we believe we can more effectively focus on our growth and operating objectives and specific business characteristics, and thus bring more value to you as a stockholder than we could as an operating segment of Supervalu," Claus said.

This story has been updated from an earlier version so as to clarify that the company filed for a potential spinoff of Save-A-Lot to Supervalu shareholders, and with additional detail about the share distribution ratio and remarks from a company statement filed following SN's original publication. The story was also updated to indicate Eric Claus began on Dec. 14, not Jan. 4 as initially reported.