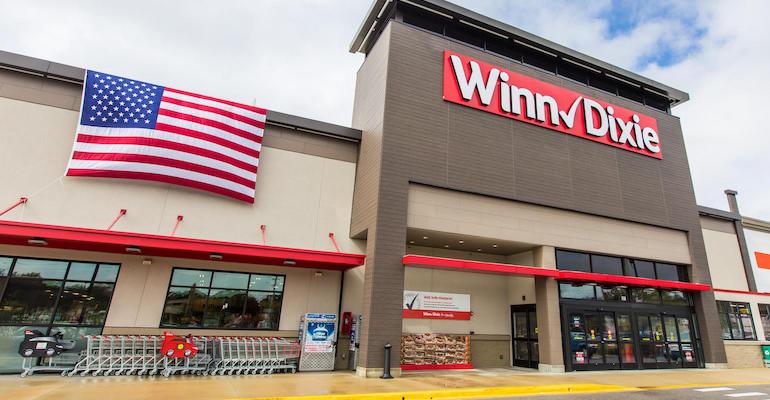 Southeastern Grocers has postponed an initial public offering just a week after its launch.

Jacksonville, Fla.-based Southeastern Grocers, the parent company of Winn-Dixie, announced the move Thursday evening but didn’t give a reason for putting off the IPO. The retailer couldn’t immediately be reached for comment.

“The company will continue to evaluate the timing for the proposed offering as market conditions develop,” Southeastern Grocers stated.

Under the IPO announced Jan. 21, Southeastern Grocers’s selling stockholders planned to offer 8.9 million common stock shares at $14 to $16 per share and grant the underwriters a 30-day option to buy up to another 1.335 million common shares, with the potential to raise up to $163.76 million. Citing an anonymous source, Reuters reported that the company saw lackluster interest in its shares at that price range.

Major market indices opened on the downside in Friday morning trading, including the Dow Jones Industrial Average (-237 points), S&P 500 (-26 points) and Nasdaq Composite Index (-77 points). The Dow opened down 644 points from Jan. 21, while the S&P 500 and Nasdaq Composite were down 79 points and 237 points, respectively, in that time frame. The stock market also has experienced volatility this month amid spiking share prices for companies such as GameStop and AMC Entertainment, which have drawn a flood of young investors via stock trading apps.

Southeastern Grocers filed for the IPO in October. The company said it has applied to list its common shares on the New York Stock Exchange under the ticker symbol “SEGR.”

“A registration statement relating to the proposed sale of these securities has been filed with the U.S. Securities and Exchange Commission but has not yet become effective,” Southeastern Grocers said yesterday in its announcement putting the IPO on hold. “These securities may not be sold, nor may offers to buy be accepted, prior to the time the registration statement becomes effective.”

The IPO marks the second time in seven years that Southeastern Grocers has explored going public — and then held its offering. Bi-Lo Holdings, the former parent of Winn-Dixie and Bi-Lo, filed for an IPO in September 2013 under the name Southeastern Grocers LLC. Eleven months later, in August 2014, the company withdrew the registration, which hadn’t been updated since the filing and hadn’t been declared effective by the SEC.

Southeastern Grocers reported in the IPO prospectus that, as of Dec. 30, 2020, the company operated 523 stores in Florida, South Carolina, Georgia, Alabama, Louisiana, North Carolina and Mississippi. Following the IPO and store divestitures, the company said it will operate 419 supermarkets under the Winn-Dixie, Harveys and Fresco y Más banners in Florida, Alabama, Louisiana, Georgia and Mississippi. About 87% of the retailer’s grocery store base will consist of the Winn-Dixie banner.

The retailer continues to push ahead with a phaseout of the Bi-Lo banner as part of a five-year business transformation strategy following its emergence from Chapter 11 bankruptcy in May 2018. In the S-1 filing for the IPO, the company said it was still working on divesting 39 Bi-Lo stores and one Harveys store.