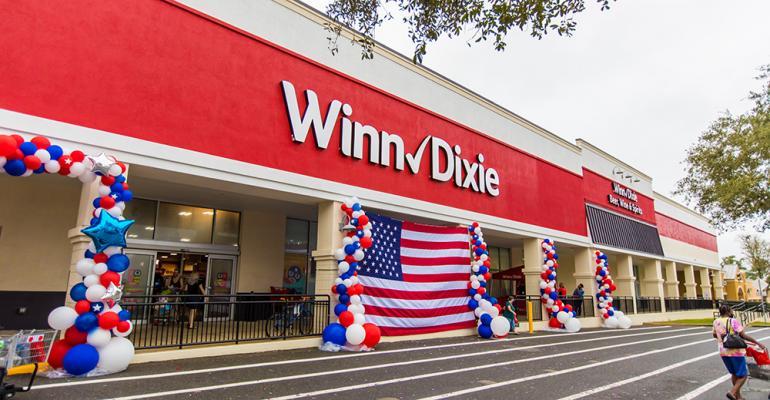 Three months after filing with the Securities and Exchange Commission, Southeastern Grocers has kicked off an initial public offering that could raise up to $163.76 million.

Jacksonville, Fla.-based Southeastern Grocers said Thursday that its selling stockholders are offering 8.9 million common stock shares at a price of $14 to $16 per share. They also plan to grant the IPO’s underwriters a 30-day option to buy up to another 1.335 million common shares.

Southeastern Grocers, which filed for the IPO in October, has applied to list its common shares on the New York Stock Exchange under the ticker symbol “SEGR.” The company noted that, under the IPO, it’s not selling any shares or receiving any net proceeds from the selling stockholders’ sale of its common stock.

In connection with the offering, Southeastern Grocers also aims to pay a special cash dividend of about $1.39 per common share — or $6 per share on a pre-split basis — to the selling stockholders, for a total of $60.1 million.

Upon completion of the offering, and including the full exercise of the 30-day share purchase option, Fidelity Investments will remain Southeastern Grocers’ largest single holder of common stock, with a 20.9% stake, followed by Millstreet Capital Management (14.3%), Osterweis Capital Management (12.4%), Deutsche Bank (8.2%), Amzak Capital (7.3%) and AllianceBernstein (5.8%). Southeastern Grocers President and CEO Anthony Hucker and the rest of the company’s executive team and directors, combined, will hold less than 1% of shares.

“We believe the impact of the novel coronavirus global pandemic has enabled us to solidify our competitive positioning, enhance our value proposition and connect us more closely with our customers,” Southeastern Grocers stated in the IPO’s prospectus, part of an updated S-1 filing with the SEC on Jan. 21.

“Our focus has remained on providing a safe environment for our customers and our approximately 37,000 associates, while also maintaining adequate in-stock positions throughout our stores in order to service what we believe is an increased customer preference for full service, one-stop shop grocery trips,” the company said. “As a result, we have experienced a significant increase in sales over multiple months since the COVID-19 pandemic began to impact the markets we serve, which has provided us incremental cash flow to accelerate our in-store and digital investments, customer connectivity initiatives and further deleveraging.” 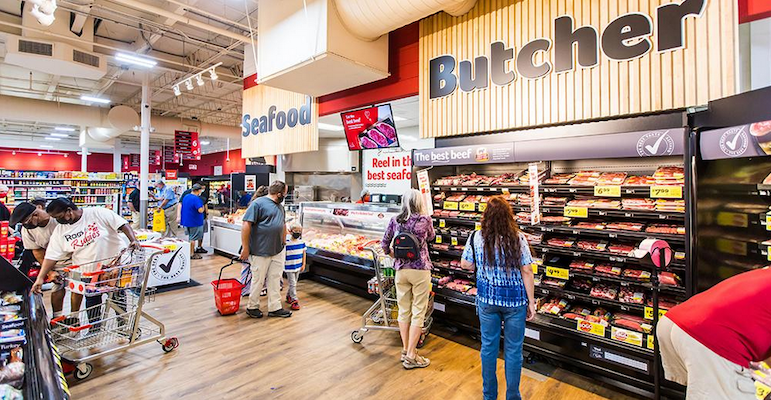 Upgraded fresh food departments are the linchpin of store remodels for Winn-Dixie.

In recent years, facing stiff competition, Southeastern Grocers has worked to restructure its business — focusing primarily on Winn-Dixie — and reduce its store base. The company in September announced deals to sell 23 stores under its Bi-Lo and Harveys Supermarket banners to grocery wholesaler/retailer Alex Lee and independent operator B&T Foods. The transactions furthered plans to dissolve the Bi-Lo banner, disclosed in June when the company announced the sale of 62 Bi-Lo and Harveys stores and a distribution center to Ahold Delhaize USA’s Food Lion chain. In May, Southeastern Grocers also agreed to sell prescription files and inventory for 58 pharmacies to CVS Health and Walgreens for a total of $63.1 million.

The phaseout of Bi-Lo is part of a five-year business transformation strategy following Southeastern Grocers’ emergence from Chapter 11 bankruptcy in May 2018. In the S-1 filing, the company said it was still working on divesting 39 Bi-Lo stores and one Harveys store.

Southeastern Grocers reported in the prospectus that, as of Dec. 30, 2020, the company operated 523 stores in Florida, South Carolina, Georgia, Alabama, Louisiana, North Carolina and Mississippi. Following the IPO and store dispositions, the company said it will operate 419 supermarkets under the Winn-Dixie, Harveys and Fresco y Más banners in Florida, Alabama, Louisiana, Georgia and Mississippi, as well as 140 liquor stores, 231 in-store pharmacies and one central specialty pharmacy. About 87% of the retailer’s grocery store base will consist of the Winn-Dixie banner.

Reflecting the planned store dispositions, Southeastern Grocers estimates net sales of $8 billion fiscal 2020, which would mark an increase of 19.4% from $6.7 billion in fiscal 2019. Comp-store sales growth for fiscal 2020 excluding divested stores would be 17.6%.

Including 180 remodels completed by the close of fiscal 2020, Southeastern Grocers said it will have upgraded 55% of its store base (including planned divestitures) since the start of fiscal 2016. Plans call for another 42% of stores to be remodeled the next four years, or about 55 renewals annually, which would result in 97% of the store network upgraded by the end of 2024. Renewed stores, led by Winn-Dixie, have seen an average sales increase of about 10% and a return on investment that “consistently exceeded our internal 20% target,” the company said in the SEC filing. New store openings are forecast at approximately 10 per year beginning in 2022.

“We will also continue to seek value-enhancing store acquisitions, which complement our existing store base,” Southeastern Grocers said in the prospectus. “We expect that the integration of these stores will allow us to further enhance our revenue growth, leverage our cost structure and increase profitability.”