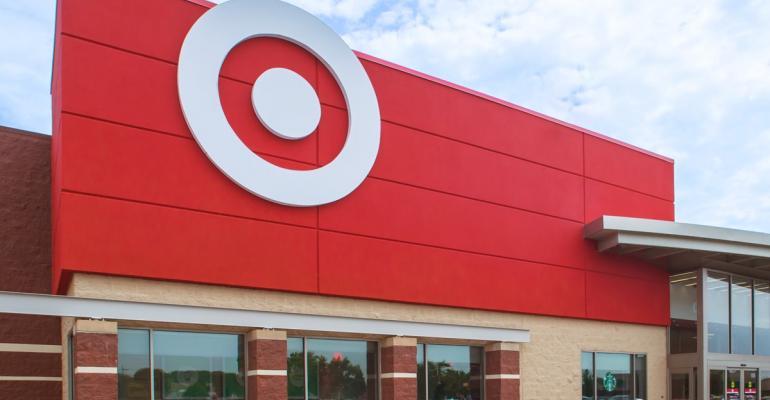 Target gets Q1 boost from 141% jump in digital sales

“As I reflect on all that’s transpired since the quarter began in February, there were two key factors in our success: our strategy of positioning stores as fulfillment hubs and our unbelievable team. When guests began flocking to our stores to stock up, our team was ready. And when digital demand exploded as guests began to shelter in place, our teams had the tools, processes and capability to flex to meet that shift in demand,” Target Chairman and CEO Brian Cornell told analysts in a conference call on Wednesday.

“But it goes well beyond processes and tools, because our team’s efforts on behalf of our guests and communities have been monumental,” he said. “The pride our team has shown and their willingness and ability to deliver essential products and services to our guests is humbling and inspiring. Our guests are putting their trust in Target, the team is delivering.”

Digital was by far the leading driver of comp sales in the quarter, accounting for 9.9% of growth as online sales soared 141%. In comparison, store comp sales edged up 0.9%.

Target noted that digital comp sales picked up each month during the first quarter, rising from 33% growth in February to 282% growth in April. Overall comp sales rose 3.8% in February and more than 16% in April. For the quarter, same-day services — Order Pick Up, Drive Up (curbside pickup) and Shipt (home delivery) — saw sales skyrocket 278%, representing 5 percentage points of Target’s total comp-sales growth. Stores fulfilled nearly 80% of digital sales in the quarter.

“To put this volume into perspective, on an average day in April, our operations were fulfilling many more items and orders than last year’s Cyber Monday, a day for which we had planned months ahead at the time,” Cornell said. “In contrast, this unprecedented surge in volume was completely unexpected at the beginning of the quarter, and it ramped up from normal trends in a matter of weeks.”

More than 5 million customers shopped on Target.com for the first time during the quarter, including over 2 million first-timers for Drive Up service.

“How was this accomplished?” Cornell commented about the same-day services growth. “It comes down to two factors: our strategy of using our stores as hubs, and the ability of our team to quickly pivot to meet shifting demand. And while we incurred extra costs to accommodate this incredible surge in digital fulfillment, we expect to gain a long-term benefit in terms of guest loyalty.” 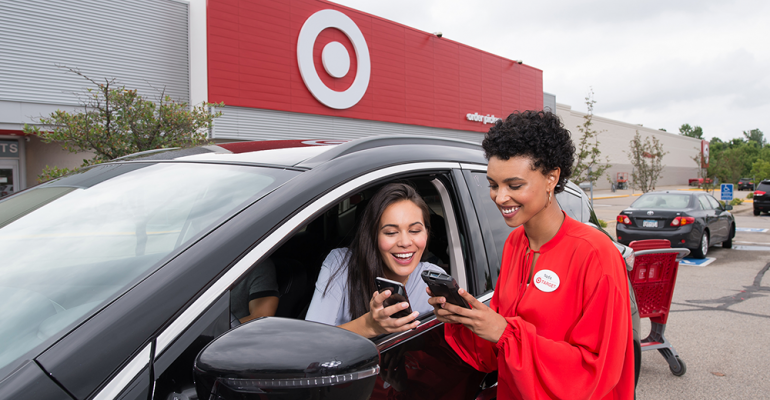 More than 5 million customers shopped on Target.com for the first time during the quarter, including over 2 million first-timers for Drive Up service.

Chief Operating Officer John Mulligan said in the call that several measures of unit volume and overall digital were higher in the 2020 first quarter than in the first three quarters of 2019 combined.

For example, units volume through Drive Up was higher in the first quarter than in all of 2019. Sales of orders shipped or picked up from stores swelled nearly 150%. Specifically, sales were up more than 300% for Shipt and 600% for Drive Up, with the latter including an almost 1,000% year-over-year gain for April.

“One thing we’ve observed about this crisis is that it is causing an acceleration in consumer trial and adoption of digital shopping. The ability of our operations to handle this unexpected acceleration has given us even stronger conviction that we have the right model and we have ample capacity to handle continued change in the future,” Mulligan said.

“As part of our long-range plans at the beginning of 2020, our first-quarter digital volumes weren’t anticipated for another three years, but our operations accommodated that extra volume without any advanced planning,” he added. “It was an extreme test of our model and our team, and both performed admirably in the face of the challenge.”

Volatility among core categories and channels

Among Target’s five core merchandising categories, the strongest performance in the quarter came in hard lines, which saw well over 20% comp-sales growth, including more than 45% in electronics (such as video games and home office), according to Cornell.

Essentials and beauty card posted comp gains in the high teens, while food and beverages turned in comp sales growth of more than 20%. Home goods comp sales were up by high single digits, driven by 25% growth in kitchen, whereas apparel saw comp sales fall 20%. 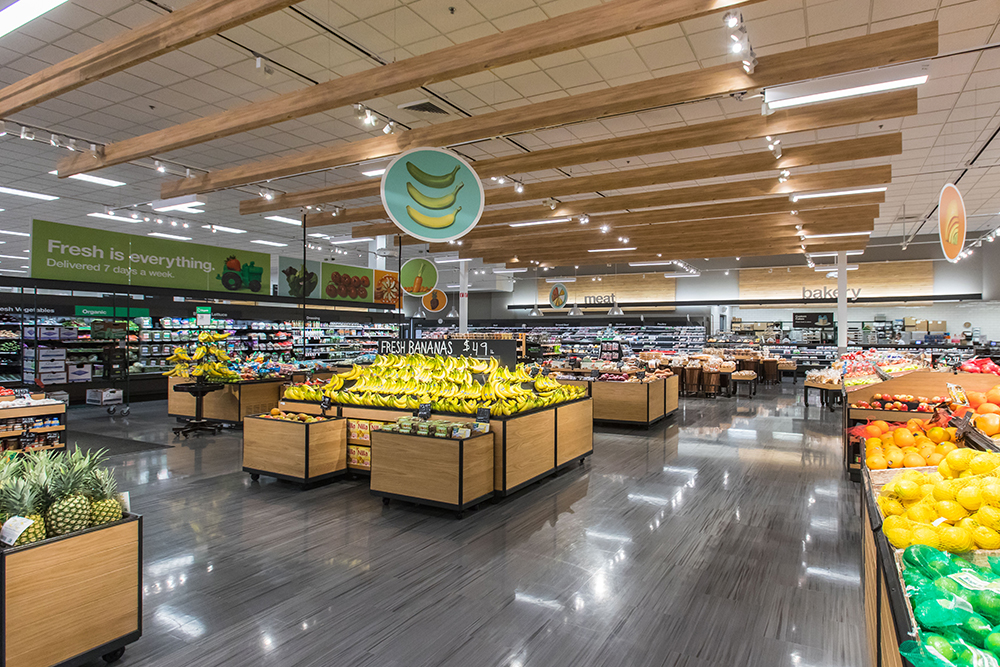 “Over the course of the first quarter, our team had to pivot dramatically and rapidly in response to multiple changes in shopping behavior,” Mulligan explained. “Comps in essentials and food and beverage moved from single digits in February to peaks above 50% in March before settling down into the teens in April. Apparel trends moved just as rapidly in the other direction, from positive single digits at the beginning of the quarter to declines of more than 50% beginning in late March before resuming growth in the last half of April.”

Target’s shopping channels also experience extreme volatility, Mulligan noted. Store comp sales shifted from positive numbers in February to double-digit declines in late March and early April and then back to growth toward the end of April, he said. Digital comp-sales growth, in the meantime, jumped from around 30% in February to nearly 10 times that pace in April.

Dramatic sales gains in certain categories caused out-of-stocks to rise "well above where we’d like them to be,” he added. “In need-based categories like food and beverage and essentials, where comps have accelerated into the 20% range, we have been on allocation from multiple vendors as they work to ramp up production to cover the higher level of demand. Among some categories, like paper, in-stocks have been recovering in recent weeks, but across many portions of both essentials and food and beverage, we continue to sell out quickly when we receive shipments of products from our vendors.”

Target attributed the decreases to actions taken by its merchandising teams — such as costs and inventory impairments from the rapid slowdown in apparel and accessories sales and an unfavorable category mix toward lower-margin items like essentials, food and beverages — as well as to higher digital and supply-chain costs and investments in team member wages and benefits. Cornell said it was extending its enhanced hourly pay and benefits through the end of June, after having previously extended them to the end of May.

At the bottom line, Target posted first-quarter net earnings of $284 million, or 56 cents per diluted share, down from $795 million, or $1.53 per diluted share, a year earlier. The company said the decline reflects “hundreds of millions of dollars” of incremental employee pay and benefits and COVID-19 safety investments for workers and customers. Adjusted earnings per share (diluted) were 59 cents versus $1.53 in the prior-year period.

Analysts, on average, had projected adjusted EPS of 68 cents, with estimates ranging from a low of 6 cents to a high of $1.86, according to Refinitiv/Thomson Reuters.

As of May 2, Target had 1,871 stores overall, up from 1,851 a year earlier. Both Cornell and Mulligan said the company will slow its rate of store openings and remodels because of the pandemic.

“At this point, we expect that our 2020 capex will be $3 billion or lower, in contrast to our prior expectation of about $3.5 billion,” Chief Financial Officer Michael Fiddelke said in the analyst call. “Things are too uncertain to provide a view of our plans for future-year remodels, new stores and overall capex, but we expect to provide clarity over time.”