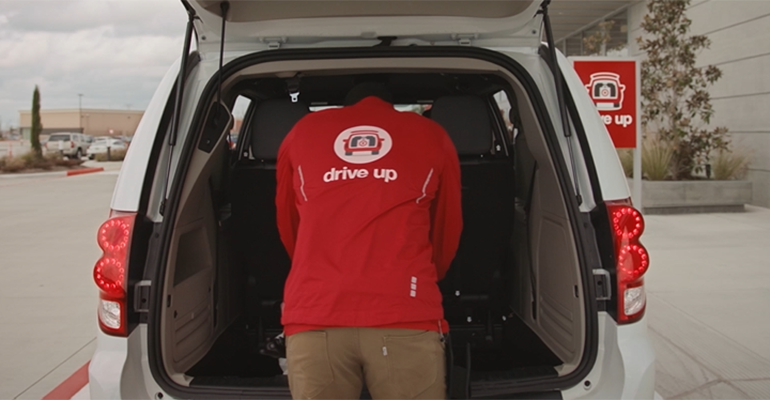 For the fourth quarter closing on Feb. 2, total revenue was flat at $22.98 billion, Target reported Tuesday. Comparable sales rose 5.3% year over year, fueled by increases of 2.9% for comparable stores and 31% for digital, which contributed 2.4% growth to overall comp sales. Traffic climbed 4.5%, and the average transaction was up 0.8%. Stores fulfilled almost 75% of digital sales in the quarter, the company said.

Target said 2018 represented the fifth straight year of higher than 25% comparable digital sales growth. The retailer noted that it also saw healthy comp sales and market share growth across all five of its core merchandise categories for the fourth quarter and full year. 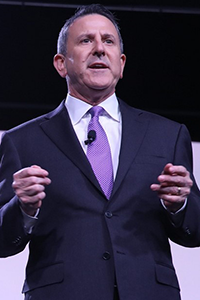 "We're very pleased with our fourth-quarter performance, which capped off an outstanding year for Target,” Chairman and CEO Brian Cornell (left) said in a statement. “Thanks to the dedication of Target's team, we delivered our strongest traffic and comparable-sales growth in well over a decade, and our 2018 adjusted EPS set a new all-time record for the company.

“We have been driving an ambitious agenda to transform our company, evolve with our guests and drive strong growth. On every count we've been successful and, as we enter 2019, we will continue to lead the industry by adapting, innovating and delivering more for our guests and shareholders."

Adjusted earnings for the 2018 quarter were $1.53 per diluted share (continuing operations) versus $1.36 a year earlier, Target said. On average, analysts projected adjusted earnings per share (EPS) of $1.52, with estimates ranging from a low of $1.43 to a high of $1.58, according to Refinitiv/Thomson Reuters.

Wall Street’s consensus estimate was for 2018 adjusted EPS of $5.39, with projections running from a low of $5.30 to a high of $5.50, Refinitiv/Thomson Reuters reported.

Looking ahead to fiscal 2019, Target forecasts a low- to mid-single-digit rise in comparable sales and a mid-single-digit increase in operating income. Both reported and adjusted EPS from continuing operations are projected at $5.75 to $6.05.

“An encouraging fiscal 2019 guidance, with a stabilizing EBIT percentage, along with a strong finish to fiscal 2018, leaves us optimistic about Target’s growth strategy and more confident in their ability to compete with other mass retailers,” Jefferies analyst Christopher Mandeville said in a research note Tuesday.