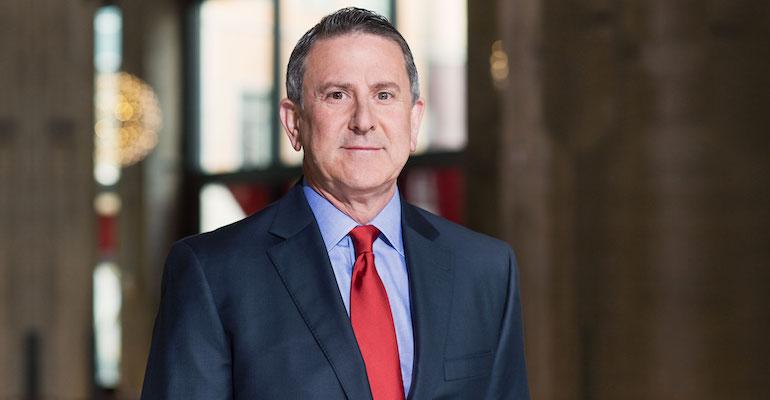 Target Corp. has pulled out the stops to keep CEO Brian Cornell at the helm longer.

Minneapolis-based Target said Wednesday that Cornell, who also serves as chairman, “has committed” to remain CEO approximately another three years. To enable the move, Target’s board of directors quashed its retirement policy, which the company noted was designed to prompt talks of potential retirement for chief executives reaching age 65.

Cornell, 64, has served as Target’s CEO and chairman since joining the company in August 2014. He took the leadership reins following the resignation of previous chairman and CEO Gregg Steinhafel that May. 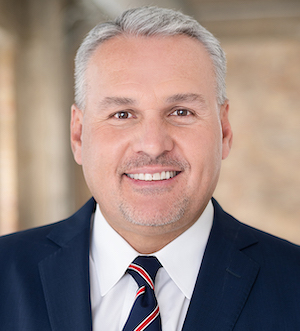 With the chief supply chain and logistics officer succession, Arthur Valdez will remain in an advisory role through April 2023. (Photo courtesy of Target)

“In discussions about the company’s longer-term plans, it was important to us as a board to assure our stakeholders that Brian intends to stay in his role beyond the traditional retirement age of 65,” Monica Lozano, lead independent director on Target’s board, said in a statement.

“We enthusiastically support his commitment and his continued leadership, especially considering his track record and the company’s strong financial performance during his tenure,” Lozano explained. “Since joining Target in 2014, Brian has worked to transform Target into an omnichannel leader by driving a guest-centric, purpose-driven strategy. The board is pleased that Brian has committed to continue leading Target’s strategy and driving its multiyear, long-range plan alongside his talented leadership team.”

The extension for Cornell comes three months after Target issued an investor alert for its fiscal 2022 second quarter and initiated an action plan to “rightsize” its inventory and become more nimble to adapt to volatility in customer demand and business conditions — driven in part by elevated inflation and ongoing supply-chain snags also impacting other large retailers, including Walmart. Target’s plan, which followed a disappointing first quarter reflecting higher costs and overstocks, led to an earnings plunge in Q2 as the company fine-tuned its mix of discretionary and nondiscretionary consumer goods.

When Cornell joined Target, he brought more than 30 years of experience at some of the leading U.S. retail and consumer product companies. He came to the retailer after serving as CEO of PepsiCo Americas Foods, the CPG giant’s global food business and largest division, including Frito-Lay North America, Quaker Foods and all of PepsiCo’s Latin America food and snack businesses. Before going to PepsiCo in 2012, Cornell was president and CEO of Sam’s Club, CEO of Michaels Stores and executive vice president and chief marketing officer at Safeway.

Cornell has led the transformation of Target — the 2021 Supermarket News Retailer of the Year — into an omnichannel shopping force, challenging bigger rivals such as Walmart, Amazon and Costco Wholesale. 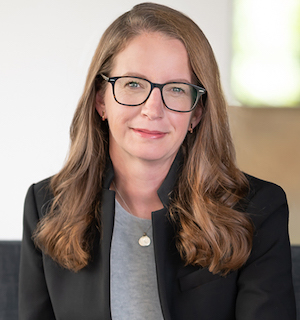 Gretchen McCarthy, Target's new supply chain and logistics chief, has been with the company nearly 19 years. (Photo courtesy of Target)

During his leadership, Target instituted its hugely successful “stores as hubs” strategy — which positions stores as showrooms and service centers as well as digital fulfillment sites — plus ramped up store pickup and same-day delivery service, grew grocery into a major sales and traffic contributor, revamped the retailer’s own-brand portfolio, launched small-format and university stores, and entered “store within a store” partnerships with high-profile brands such as Apple, Disney and Ulta Beauty. The company added more than $15 billion to its top line in fiscal 2020 and over $12 billion in fiscal 2021.

“Being a Target team member has been the high point of my career, and I’m energized about leading the company in the years ahead as we build on the growth we've already accomplished,” Cornell stated. “By taking care of our guests, our team, our communities and our shareholders, Target has added nearly $40 billion in annual revenue since I joined the company, and in many ways, we’re just getting started. Our success is fueled by the best team in retail, and I am confident our culture will continue to propel our company forward. I appreciate the board’s confidence, the opportunity to keep serving our guests, and the chance to continue leading Target in the years ahead.”

As Target’s new chief supply chain and logistics officer, McCarthy will report to John Mulligan. The company said she has worked closely with Valdez to ensure a smooth transition. Plans call for Valdez to stay on at Target in an advisory role through April 2023.

“Arthur brought deep expertise to Target, and his leadership drove significant innovation across our supply chain, fueling Target’s omnichannel growth. On behalf of the entire Target team, I thank Arthur for his contributions and wish him well as he transitions to retirement,” Cornell commented. “Gretchen will be an excellent addition to our leadership team. She is stepping into her role as a proven leader who will bring a deep understanding of our business operations and a highly collaborative, solution-oriented approach to leadership. She and her global team will continue to drive our supply chain strategy to deliver for our guests and support strong enterprise growth.”