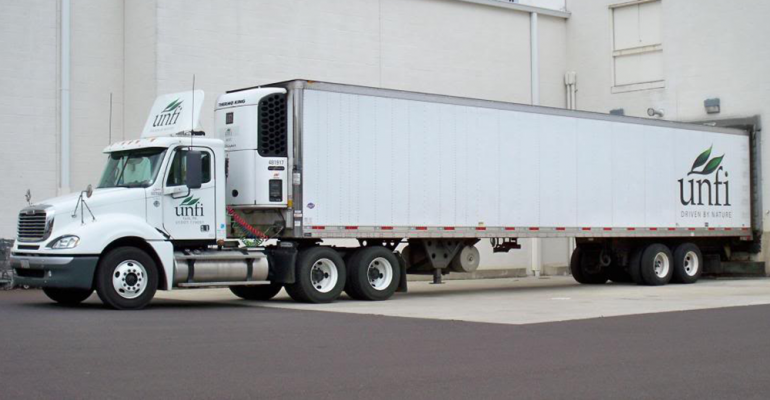 UNFI introduced Griffin as the designated CEO of Supervalu late yesterday in reporting its fiscal 2018 results. Most recently, Griffin has been serving as head of integration for the Supervalu transaction, which is expected to close in the fourth quarter of calendar 2018 pending shareholder and regulatory approvals.

Company executives also shed more light on the Supervalu acquisition in a conference call with analysts on Thursday.

“We have a robust plan and team in place, and we’re delighted that Sean Griffin is energized to lead this effort as the incoming CEO of Supervalu,” UNFI Chairman and CEO Steve Spinner said in the call. “Sean has more than 30 years of industry experience and, with him at the helm, we have a high degree of confidence that we'll be able to capitalize on the synergy opportunities and realize the full potential of this transformative combination.” 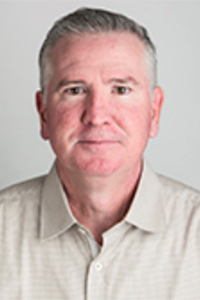 Griffin (left) will take over leadership at Supervalu from Mark Gross, the Minneapolis-based company’s current president and CEO. Gross is slated to step down upon Supervalu’s acquisition by UNFI. Spinner will lead the combined company.

At UNFI, Griffin has served as COO since September 2014 after being promoted from group president of supply chain, distribution and national sales and senior vice president. In mid-May, prior to the Supervalu acquisition, UNFI had announced plans for Griffin to transition from the COO role on Aug. 1 and retire on Oct. 1, serving as a strategic adviser to the company thereafter.

He added, “The opportunity to bring these two companies together is really incredible. It's bold, it's a transformative transaction, and we believe it will position the combined company well into the future.”

Providence, R.I.-based UNFI expects the addition of Supervalu to add significant scale by expanding and diversifying its customer base — including across more retailers — and extending its geographic reach.

Currently, Whole Foods Markets accounts for 37% of UNFI’s sales, a figure that’s projected to drop to 18% after the integration of Supervalu. The combination also will bring Supervalu’s wholesale business with independent and regional grocers, expected to represent 45% of sales; Unified Grocers and Associated Grocers of Florida distribution units, estimated to account for a combined 18% of sales; and wholesale business with The Fresh Market.

UNFI, too, is banking on more cross-selling opportunities via the addition of high-growth perimeter categories such as meat and produce to its natural and organic products. And by the third year after the acquisition, the company expects run-rate cost synergies of more than $175 million.

“Combined, UNFI and Supervalu will be what we believe to be the premier U.S. food wholesaler,” Spinner said.

“We will have over 60 distribution centers, 250,000 SKUs and more than 5,700 private-label brands. And we will be providing high-demand products and value-added services to over 45,000 customers, including in-store and general administrative back-of-the-house programs to retailers,” he explained. “With over 3 billion in fresh produce and protein sales across the country, in addition to our center store expertise, we will have built out our store offering, enabling all of our combined customers access to the widest variety of products in an economically attractive way.”

In the fourth quarter ended July 28, UNFI totaled revenue of $2.59 billion, a gain of 10.7% from $2.34 billion a year earlier. Sales rose across customer channels, with supernatural (Whole Foods) up 27.5% year over year to $982 million, independents up 5.7% to $651 million, and supermarkets up 1.1% to $707 million. The “other” customer channel saw sales dip 1.5% to $252 million, which UNFI attributed mainly to the divestiture of Earth Origins Market retail business.

Gross margin in the quarter narrowed 125 basis points to 14.50%. The decline stemmed from a shift in the customer mix — where net sales growth at Whole Foods outpaced that of other customers with higher margin — and by rising inbound freight costs, according to UNFI.

At the bottom line, fourth-quarter net income decreased to $32.8 million, or 64 cents per diluted share, from $38.9 million, or 76 cents per diluted share, a year ago. Adjusted earnings per share (diluted) came in at 76 cents. Analysts, on average, had projected adjusted EPS of 85 cents, with estimates ranging from a low of 82 cents to a high of 88 cents, according to Thomson Reuters.

"We continued to deliver solid top-line growth across our customer channels, demonstrating sustained strong demand for UNFI's product assortment and services,” Spinner stated in the company’s fiscal 2018 report. “On the bottom line, our results reflected the impact of customer mix shift and higher-than-anticipated freight costs, while improvement in our working capital has resulted in record free-cash flow for the quarter.”

Jefferies analyst Christopher Mandeville noted that UNFI’s earnings report and outlook and added commentary on the Supervalu acquisition did little to enthuse investors, as the company’s stock price is down 18% since the deal was announced. Shares were down 11% as of noon trading on Friday.

“Fourth-quarter 2018 disappointed across the board, while Fiscal-year 2019 guidance proved uninspiring, sending shares notably lower (10% after hours),” Mandeville wrote in a research note on Friday. “Management attempted to quell investors' long-term concerns by providing added detail on the Supervalu deal. However, we doubt much said will alter market perception on the rationale, as both entities have seen their own individual challenges and yesterday’s results underscore such issues.”

He added, “Greater details surrounding potential sales synergies should be expected at the company's Jan. 16 Investor Day in Orlando.”