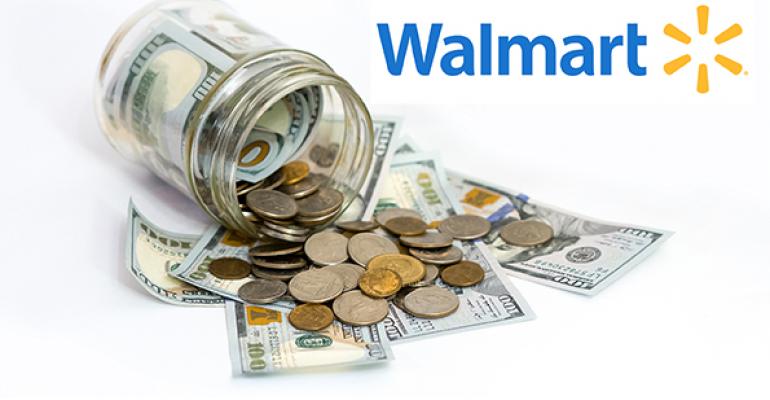 U.S. comps inch up for Walmart in Q1

U.S. sales were up modestly in the first quarter at Wal-Mart Stores, but investments in labor kept earnings on the lower end of expectations.

The retailer said U.S. comps improved by 1.1%, boosted mainly by a 1% increase in store traffic. Net U.S. sales increased 3.5% to $70.2 billion in the quarter, which ended May 2. Total sales of $114 billion decreased by 0.1% from the first quarter last year, reflecting a 6.6% decrease in international sales (sales were up by 3.4% accounting for currency fluctuations) and a 3% sales decline at Sam’s Club.

Net income of $3.3 billion for the quarter decreased by 7% from the same period last year, reflecting expenses associated with training and wage increases for U.S. associates as well as increased investment in e-commerce.

First quarter gross profit rate in the U.S. declined 13 basis points, driven primarily by a headwind from shrink, half of which was in food, Foran added.

For the second quarter, Foran said he expects traffic to remain strong supported by sustained low gas prices and efforts to improve customer service in stores. “This will be offset in part by a continued decline in food inflation rates,” he added. For the 13-week period ending July 31, the Bentonville, Ark., company anticipates a comp sales increase of around 1%, vs. flat comps in the same period last year.