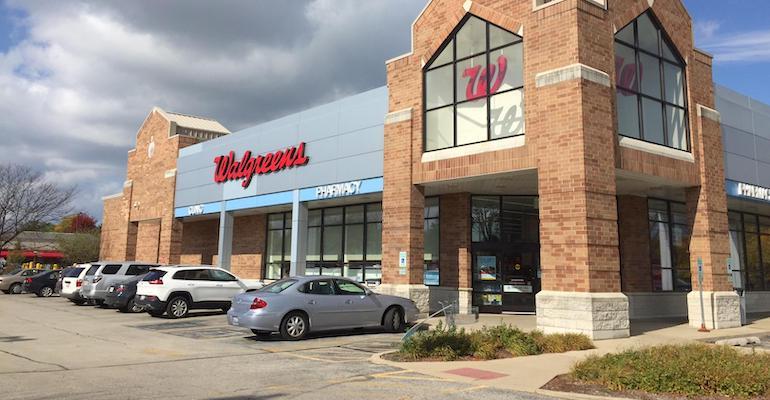 Walgreens
Walgreens said the hourly increase will be rolled out in phases starting in October and will be completed by Nov. 1, 2022.
News>Retail & Financial

Walgreens to raise its minimum wage to $15

This fall, Walgreens plans to lift its starting wage for all hourly employees to $15 an hour.

The Deerfield, Ill.-based drugstore chain, part of Walgreens Boots Alliance, said Tuesday that the hourly pay hike will be instituted in phases beginning in October, with full implementation expected by Nov. 1, 2022. Currently, nearly half of Walgreens' hourly employees earn at least $15 dollars an hour, and the retailer's minimum wage varies by market area but is at least $10 per hour, according to a company spokesperson.

Walgreens projects the total investment for the wage increase at approximately $450 million over the next three years and said a third of the amount already is budgeted for fiscal 2022. The company added that it will partially absorb the wage investment through its normal course of business.

The wage boost builds on investments made since the start of the COVID-19 pandemic, according to Walgreens. Those include recognition bonus payments and a major hiring drive, in which the retailer added 25,000 full-time and part-time pharmacy personnel.

“I am extremely proud and grateful of the work our team members are doing across our 9,000 Walgreens locations serving our customers, patients and communities each and every day,” Roz Brewer, CEO of Walgreens Boots Alliance, said in a statement. “Investing in and rewarding our team members is not only the right thing to do, it’s highly important to retaining and attracting a talented workforce and to continuing to serve our critical role in community health care.”

Earlier this month, rival CVS Health unveiled a plan to gradually raise its minimum wage to $15 per hour by July 2022. The nation’s largest pharmacy operator, Woonsocket, R.I.-based CVS noted that the shift to $15 an hour next year will represent a more than 60% gain in its minimum enterprise hourly wage over a four-year period.

In the grocery sector, retailers that have raised or plan to increase their starting hourly wage to $15 or more include Amazon/Whole Foods Market, Target and Costco Wholesale. Walmart said in mid-February that wage investments will elevate its average hourly pay to over $15, while Kroger reported in its fiscal 2020 earnings call that its average hourly wage climbed to $15.50 from $15 last year and, including full benefits, exceeds $20. Lidl US also has raised its hourly wage to $15 or more in some markets.

The United States hasn’t raised the $7.25-per-hour federal minimum wage since 2009. Currently, 30 states and the District of Columbia had laws setting the minimum wage above $7.25 as of Jan. 1, according to the U.S. Department of Labor. 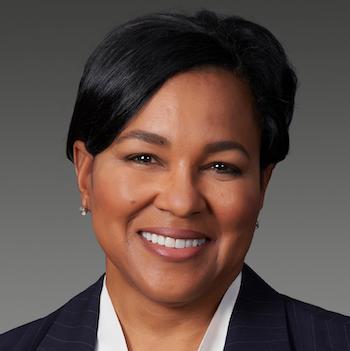 “Investing in and rewarding our team members is not only the right thing to do, it’s highly important to retaining and attracting a talented workforce and to continuing to serve our critical role in community health care.” — Rosalind Brewer, Walgreens

At Walgreens Boots Alliance (WBA), Brewer — a former chief operating officer of Starbucks and CEO of Sam’s Club — has served as chief executive since taking over from Stefano Pessina on March 15. On Friday, the company announced three new appointments to her executive team: Tracey Brown as president of retail products and chief customer officer for Walgreens, Jeff Gruener as senior vice president and chief financial officer at Walgreens and Danielle Gray as executive vice president and global chief legal officer for WBA.

Both Brown and Gruener are former Walmart and Sam’s Club executives, while Gray joins WBA from health insurer Blue Cross and Blue Shield of North Carolina. 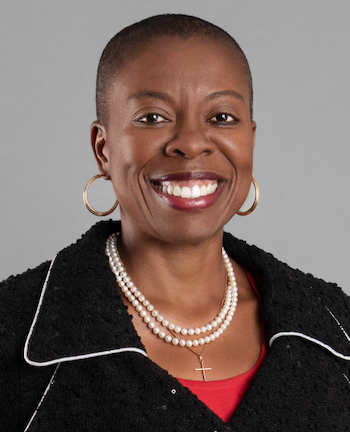 Brown (left) takes a newly created position as retail products president and chief customer officer, according to Walgreens. In the role, she will be responsible for the Walgreens customer experience across all consumer touch points as well as oversee Walgreens’ marketing and merchandising functions and help drive the company’s omnichannel retail strategy.

“This is a tremendous opportunity to work for a brand with such a strong heritage and history, deeply rooted in communities, and I’m excited to work with the team to find new and different ways to differentiate the customer experience,” Brown stated. “I’m especially inspired to make a positive impact on the daily lives of the millions of customers that Walgreens serves each day, as well as improving the health and well-being of all people across the country.”