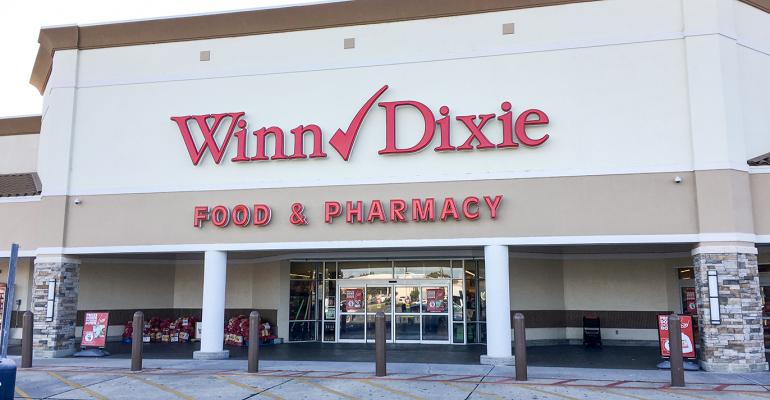 Winn-Dixie has ‘no immediate plans’ for name change

After a report late last week that the Winn-Dixie supermarket chain was considering a name change in light of ongoing racial turmoil nationwide, the grocer’s parent company said there are no current plans to change the store names.

Southeastern Grocers, the Jacksonville, Fla.-based operator of 366 Winn-Dixie stores — as well as the Bi-Lo and Fresco y Más supermarket chains — released a statement on Thursday saying, “While we have no immediate plans to rename this banner, we have always been and will continue to be responsive to the needs and concerns expressed by the communities we serve.”

The announcement came in response to a report on TMZ that the retailer would be changing its name to drop the Dixie reference. The TMZ report said that the chain is considering the name change because, “just like The Chicks, it deems the term ‘Dixie’ as problematic due to ties to the old south and its way of thinking.” In a high-profile move, the country band The Dixie Chicks changed their name last week to The Chicks.

In the Southeastern Grocers statement, spokesman Joe Caldwell said, “At Southeastern Grocers we’re committed to cultivating an inclusive culture and community that promotes belonging, inclusion and diversity. As such, we stand against racism and support the Black Lives Matter movement across our country.

Related: Southeastern Grocers steps up ‘transformation’ with dissolution of Bi-Lo

“Our Winn-Dixie banner has proudly served our communities for nearly 100 years, however, many things have changed during that time. While we have no immediate plans to rename this banner, we have always been and will continue to be responsive to the needs and concerns expressed by the communities we serve.”

Early in June, SEG sold 62 of its Bi-Lo and Harveys stores to Ahold Delhaize-owned Food Lion. At the time, SEG described Winn-Dixie, Harveys and Fresco y Más as its “core banners” and noted that investment in those chains already is well under way, as nearly 40% of the company’s overall store base has been remodeled in the past three years. Winn-Dixie is set to open nine new stores in Florida this year.