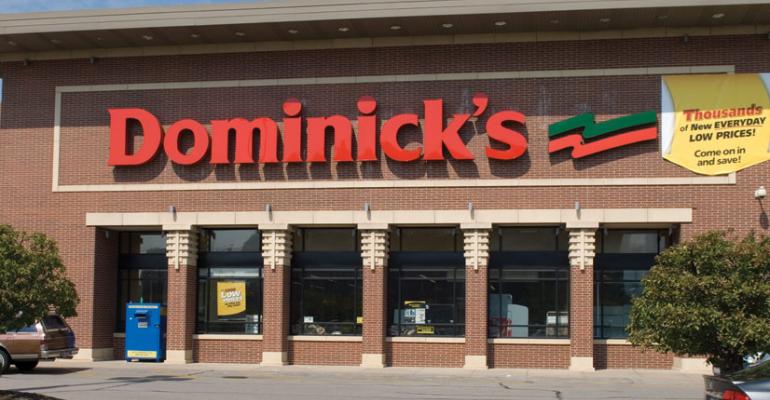 &ldquo;This acquisition will create long-term value, and the board and management decided this was an appropriate use of capital with a growth banner.&quot; &mdash; Robert A. Mariano, chairman and CEO, Roundy&#39;s Supermarkets

CHICAGO — Mariano’s is closing in on becoming the No. 2 supermarket chain here, only four years after entering the market.

The company, which operates 13 upscale stores in the Chicago area, signed a definitive agreement last week with Safeway to acquire 11 Dominick’s locations for $36 million in cash and assumption of leases.

With five new stores already scheduled to open in 2014, Mariano’s should end next year with 29 stores, with the potential for 45 or 50 stores over the next few years, the company said — a store count that could potentially give the chain a market share approaching 20%, Neil Stern, senior partner with McMillanDoolittle here, told SN.

That would put Mariano’s in second place behind Jewel-Osco, an Albertsons division with 176 local stores that controls a share of approximately 32%, Stern said.

“Mariano’s stores operate in upper- and middle-income areas of the city and the suburbs, and as its market share grows, its appeal to a broader demographic is also growing, although its approach to marketing has not changed,” he pointed out.

There’s been industry speculation for years that Robert A. Mariano, chairman and chief executive officer of Mariano’s parent company, Roundy’s Supermarkets, Milwaukee, wanted to get back into this market, where he once headed the Dominick’s operation, “and the Mariano’s stores got him back in but in a different way,” Stern said.

“Rather than coming back to run Dominick’s, he’s building a new chain, and if the numbers hold, he should be able to control a similar share with just 50 Mariano’s to what he would have had with more than twice as many conventional Dominick’s stores.”

Safeway announced in late October it was putting its 72 Dominick’s units up for sale, with plans to exit the market here by Dec. 28.

It previously sold four stores to New Albertsons Inc., which operates Jewel-Osco, and there were reports last week that Whole Foods Market, Austin, Texas, was looking at seven or eight Dominick’s locations.

Stern said Kroger Co. might still be interested in some locations for Food 4 Less, “but after that, the buyers are likely to be a collective of independents, most of whom are supplied by Central Grocers.

“Some of the stores will be sold by Dec. 28 but others may go dark before they are sold.”

Mariano said his company expects to convert the 11 Dominick’s to the Mariano’s banner in two waves.

Mariano said the company has the opportunity to expand the remaining store — in Westchester, a Chicago suburb — so it will be closed for expansion and reopened later in 2014.

Initial remodeling costs will run around $500,000 per store, with all 11 stores scheduled for full remodelings over the next two or three years, he said.

Mariano said the company was “intentionally selective” in choosing the 11 stores it is acquiring, noting they are “irreplaceable locations and an excellent strategic fit with the 13 existing Mariano’s stores and with our expansion plans there.”

He said the stores are expected to produce revenues of $850,000 to $950,000 a week, with an EBITDA margin contribution of approximately 6% — similar to what the chain’s existing stores do.

He also said the rents will average $10 less per square foot than the company is paying for the stores it has previously built in Chicago and that Safeway will remain the leaseholder at three of the 11 locations.

There will be no direct transfer of Dominick’s employees once the ownership changes, he noted. “We will hold job fairs and accept applications online,” he said — the same procedure the company followed when it previously acquired and converted two former Dominick’s to Mariano’s.

“One of the challenges we face is hiring enough people and getting them trained,” Mariano said. “We look for employees who can deliver service and quality to the company, and we’re very deliberate about it. We won’t let our standards suffer.”

Mariano said Roundy’s plans to refinance its debt — including suspending its dividend, which will save the company $22 million annually, and changing its covenants — to provide the flexibility to complete the acquisition and integrate and upgrade the facilities.

“This acquisition will create long-term value, and the board and management decided this was an appropriate use of capital with a growth banner,” Mariano told analysts during a conference call.

“The opportunity [to acquire the stores] came to us at this time, and not [to take that opportunity] to support the success of the company would be a mistake, so suspending the dividend made sense,” Mariano explained.

He said the acquisition will be neutral to EBITDA in 2014 because of the startup and remodeling costs and accretive the following year.

In response to a question, Mariano declined to say whether future plans might include expanding the Mariano’s chain outside the metropolitan Chicago market. “We continue to be focused on that market, and we see great opportunities there,” he said.