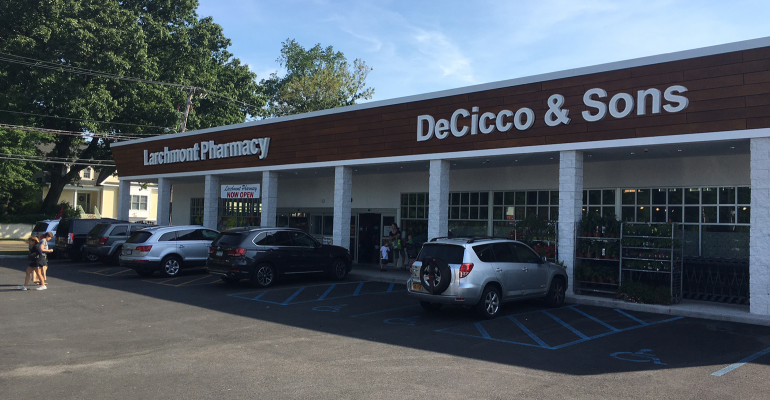 DeCicco & Sons, a chain of family-owned supermarkets in New York’s Hudson Valley, will fully eliminate single-use plastic bags in all seven of its stores within the next 30 days, joining a growing number of retailers launching similar environmental and sustainability initiatives.

“We’ve decided to take this step because we take very seriously the role that we have within our communities, and the responsibility we have to be good corporate citizens,” said CEO John DeCicco Jr. “Over the last several years, we’ve undertaken quite a number of environmental initiatives. We think that being environmentally conscious is not just smart business, but that it’s an ethical imperative.”

“As the stores eliminate single-use plastic bags, we’ll continue to have paper bags available for the convenience of our customers, but we’ll be encouraging people to use durable, reusable shopping bags,” said  Christopher DeCicco, vice president, DeCicco & Sons. “Customers that return to the store with their own bags will receive a credit on their register total.

“We took a look at our operations, and identified that this was the single most positive environmental change that we could make. We used 22 million plastic bags last year. That won’t happen again next year.”

DeCicco & Sons has introduced a wide range of green initiatives in its stores, among them the use of highly efficient LED lighting, installation of rooftop solar panels, the use of natural refrigerants, the installation of doors on refrigerated cases and implementing advanced environmental controls in the stores.

“As DeCicco & Sons continues to grow, we’re being very diligent about how we operate. We use reclaimed materials and smart building technology when we build a new store, such as the soon-to-open Somers (N.Y.) location,” said Joseph DeCicco Jr. “We also place an emphasis on sourcing the highest quality products from local suppliers. Environmental consciousness is something that we believe is important to our customers, and it’s definitely important to us as a family, and as a company.”

A growing number of supermarkets are making the move away from single-use plastics. Earlier this year, in a significant move, Kroger announced plans to eliminate plastic shopping bags from its more than 2,800 company-owned supermarkets by 2025. The supermarket giant distributes 6 billion single-use bags per year.