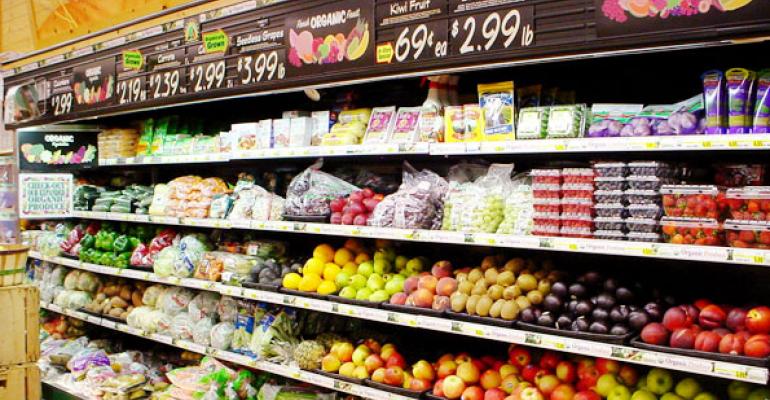 Rueben’s Emphasizes the Accessibility of Organic

“Organic for the Price of Conventional.”

Rueben’s County Market’s Produce Manager Brian Collegnon puts up a huge sign with these words when he gets a great price on organic products.

The sign is simple, and it works. “It is absolutely amazing what you can sell,” Collegnon said. 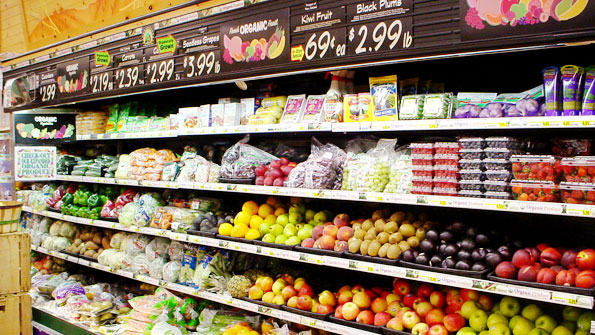 Plus, the sign does more than just move the featured fruit or vegetable. It points out the friendly, new face of organic produce. With just a sign on table display in front of the produce section, Collegnon is able clearly articulate to Rueben’s customers that organic produce just isn’t that pricey as it used to be, and that they should really give it a try.

“As the price of organics are getting competitive with conventional produce, obviously more and more people are trying it,” he said. “It isn’t like 10 years ago when the organics were twice the price of conventional. A lot of people just wouldn’t pay the extra for it. They didn’t see the value.”

A one-store independent in Hartford, Wisc., Rueben’s, like many other retailers, now sees growing consumer interest in organic products. In fact, Collegnon said the store recently doubled its organic offerings. Rueben's groups most of the organic produce together in a multi-deck case, but there are some exceptions: organic bananas are displayed with conventional bananas, organic salad with conventional salad.

Driving this interest in organic is not just Millennials, who, Collegnon said, head right to Rueben’s organic section, but older customers, too. At the heart of the organic growth in Hartford, Wisc. is the community’s relationship to the growing community.

“This is a fairly rural farm community. Yes, it’s a city of almost 14,000 people, but it’s still surrounded by a farm community and [the city has] very basic core values,” Collegnon said.

People eat a lot of produce because they see can see food growing, Collegnon said, noting that because of customers’ proximity to farms, they understand farming and the value of organic.

Whether it's in a city, a suburb or a small town, there’s no denying that the smaller price difference between organic and conventional, has persuaded more consumers to put organic items in their baskets.