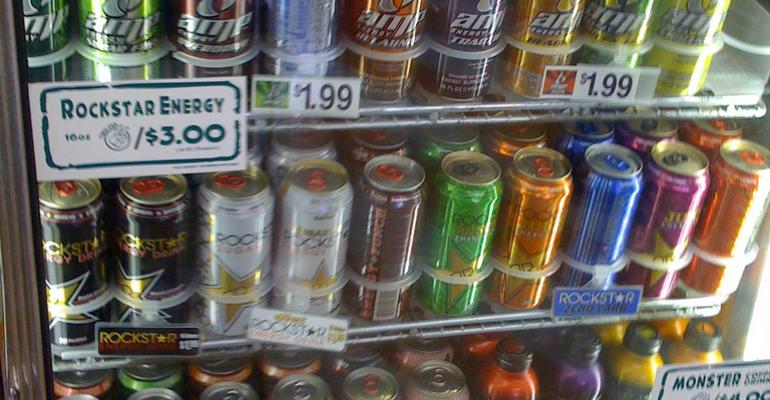 A Shot of Scrutiny for Energy Drinks

It seems the “energy” theme has become a double-edged sword for the food and beverage industry. On the one hand, there’s the enormous growth experienced by Red Bull, Monster and other brands, largely thanks to their edgy appeal and over-the-top marketing. On the other hand, that same attitude can go too far, as we’ve seen with the hot water Four Loko landed in nearly two years ago and with the lingering doubts people have over the safety of energy beverages.

Now the attention turns to Aeroshot, an inhalable energy product that came onto the market recently as a dietary supplement, thus bypassing any scrutiny by the Food and Drug Administration. Although Aeroshot contains B vitamins and other supposedly beneficial ingredients, the agency is showing it doesn’t appreciate the end-around by the company and has called for an investigation. The lipstick-sized canister contains 100mg of caffeine, the equivalent of a large cup of coffee, and the FDA wants to know whether it’s safe to literally inhale all of that. 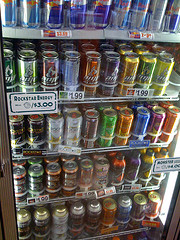 Senator Charles Schumer, D-New York, petitioned commissioner Margaret Hamburg of the FDA to investigate Aeroshot. His comments on the issue recall the same concerns found with Four Loko, the alcoholic energy drink that was seen as a hazard to young consumers and had to be reformulated without alcohol.

“I am worried about how a product like this impacts kids and teens, who are particularly vulnerable to overusing a product that allows one to take hit after hit after hit, in rapid succession,” Schumer said, in a statement.

Will Aeroshot have to be reformulated or reintroduced as a food or beverage rather than a supplement? It’s hard to say. What’s more important for the company and for the industry is resolving the health concerns consumers and regulators have, particularly as the category looks to grow.

That growth is happening in numerous ways. Some manufacturers hope to borrow energy’s appeal while at the same time smoothing down its edges. V8 recently released a V8 Fusion+Energy drink, and other brands like Celestial Seasonings, Crystal Light and Kraft’s Mio have introduced similar, less aggressive offerings. At the same time, Red Bull and other extreme players have introduced sugar-free options, and brands like 5-hour Energy reflect an attempt to expand the appeal to working adults rather than just amped-up teenagers.

A category can have a hard time outrunning negative publicity, however. The investigation into Aeroshot will be worth following, and retailers can get ahead of the issue by using store circulars and their dietitians to address concerns over caffeine and sugar intake, and whether ingredients like taurine are of this Earth. For many shoppers, that could be just the reassuring pick-me-up they need.