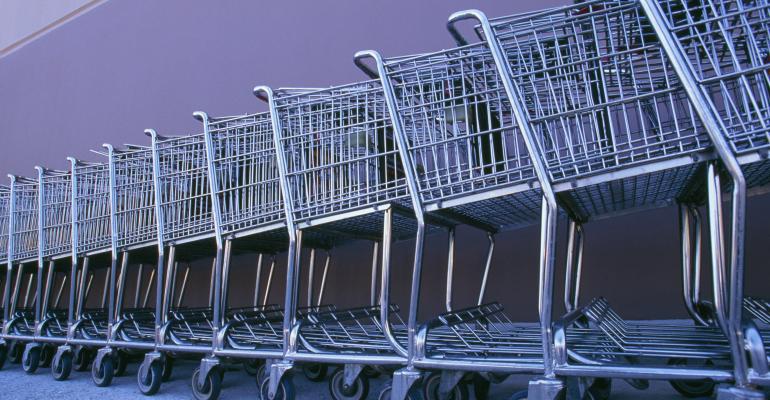 The grocery industry has historically been among the top-rated industries but has fallen in esteem this year, much as it did in 2008

Consumer perception of the grocery industry has dropped by double digits, according to a new poll from Gallup.

And grocery isn’t alone. Ratings of three industries dropped significantly this year. Grocery is down 14 points to 40% positive, real estate is down nine points to 34%, and advertising/public relations is down eight points to 26%, a record low for that industry.

The grocery industry has historically been among the top-rated industries but has fallen in esteem this year, much as it did in 2008.

Related: Podcast: Why marketing may be your friend when fighting the effects of inflation

The more negative ratings of the grocery and real estate industries likely reflect sharply rising prices of food and housing, making both less affordable for people, according to Gallup.

Americans’ average positive rating of 25 U.S. business and industry sectors that drive the nation’s economy has fallen to its lowest point since the Great Recession. The latest average positive reading of 36% marks a nine-percentage-point decline since 2020, including a three-point dip during the past year.

Farming and agriculture has been a top-ranked sector since 2016, and the restaurant industry has been at or near the top of the list in most years since 2001. The computer industry, which was historically the most-positively rated sector, has fallen in recent years.

The grocery, real estate and advertising industries took the biggest hits in the past year, again likely reflecting the public’s sour mood over inflation. Last year’s decline was owed in large part to Republicans. But with Republicans’ average industry rating already at a record low, Democrats had more room to fall this year, and did.

Each year since 2001, Gallup has asked Americans to rate 24 or 25 different business sectors and industries on a five-point scale ranging from “very positive” to “very negative.” The current 36% reading, from Gallup’s Aug. 1-23 Work and Education poll, represents the average of the “very” and “somewhat” positive ratings across all sectors. While the 34% rating in 2008 was the record low, the 49% record high was in 2017.