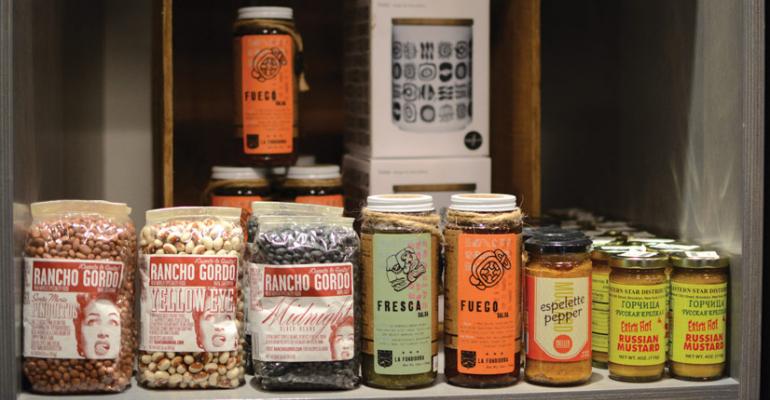 With an increasingly diverse consumer population and a need to create offerings that are differentiated from competitors, more food retailers in 2014 will take a hard look at the way they approach offering foods from other cultures, according to John Rand, senior vice president at the Cambridge, Mass., office of Kantar Retail.

“Retailers will continue to get much more thoughtful about differentiation – particularly around multicultural marketing,” he said.

With 45% of those under age 25 being non-Caucasian — vs. the over-50 generation that was 80% Caucasian — opportunities are opening up for retailers to expand their approach to flavors and preferences with new products that previously might have been regulated to an “ethnic” aisle.

“Both retailers and suppliers have been dancing around this issue of how ethnically diverse the U.S. population is becoming,” Rand said. “This is not about marketing to a narrow-casted group inside a particular neighborhood — it’s about marketing to a group of people who have adopted that culture as their own.

He cited an example of Wegmans Food Markets’ first Massachusetts location, where the fresh meals have evolved in the two years since it has opened to incorporate more vegetarian and Indian offerings.

“I have been watching them test out different tastes and flavors in the fresh-food offer until they find what wins, and adjusting accordingly,” Rand explained. “That type of process is where retailers need to go, and it’s where suppliers can add a lot of value by doing the test marketing and the product development that’s required to meet those needs.”

Rather than targeting specific demographic groups, he said, retailers will increasingly think about “targeting the people who have decided to adopt the foods or the flavors or the preferences of that demographic, even though they may not have been born into it.

“We are recapitulating something we learned 50 years ago — this is what happened to Italian food,” he said.