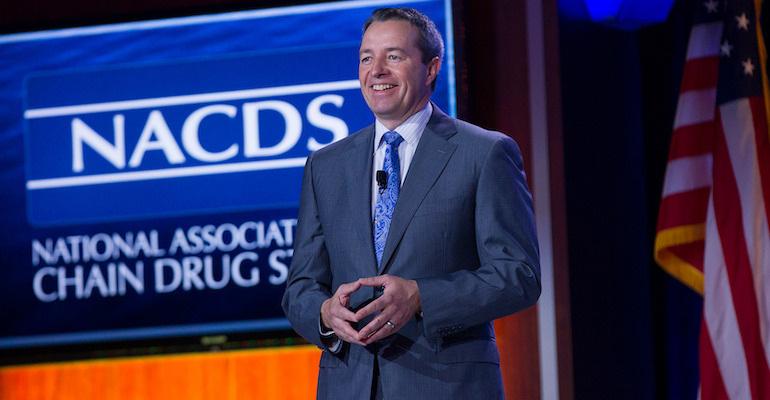 NACDS
John Standley stepped down as Rite Aid CEO in August 2019 after more than nine years in the role. He's also a former chairman of the National Association of Chain Drug Stores.
News>Executive Changes

Standley takes over the role vacated by Richard Ashworth, who left Walgreens to become president and CEO of health and fitness company Tivity Health at the start of June. A 28-year Walgreens veteran, Ashworth had been promoted to president of the drug chain in February after serving as president of operations. Gourlay was named to serve as interim president of Walgreens until a successor was found. 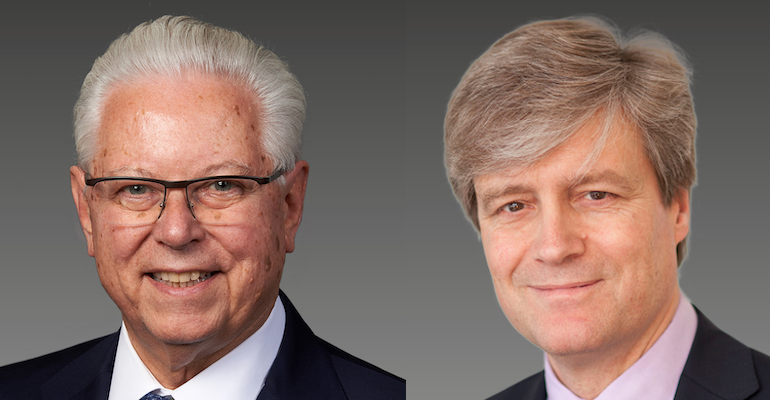 “I’m very excited to join the team and lead the iconic Walgreens brand,” Standley said in a statement. “I’m looking forward to accelerating execution of the strategic vision for the future of Walgreens. My top priorities will be meeting and exceeding the needs of our customers, patients, team members and the communities we serve during these challenging times, and ensuring that Walgreens fulfills its full potential as one of America’s most admired and trusted companies.”

Walgreens noted that Standley brings a deep background in pharmacy, retail, health care and operations to the Deerfield, Ill.-based company, which is sharpening its focus creating neighborhood health destinations, reining in costs, accelerating its digital transformation and restructuring its retail offering. Standley also is a former chairman of the National Association of Chain Drug Stores, serving in the role for the association’s 2014-15 term.

“John’s leadership experience and strong understanding of our industry and the U.S. health care markets will allow him to hit the ground running, drive our transformation and fulfill our purpose to help people lead healthier and happier lives across America,” stated Stefano Pessina, executive vice chairman and CEO of Walgreens Boots Alliance. “Walgreens’ essential role in the health care delivery system and in the lives of millions of Americans has never been more important as we continue to work our way through the pandemic together. I’m confident John will build on and grow our momentum at Walgreens, and help us compete and win even more in the marketplace.”

The hiring of Standley as Walgreens president comes amid a leadership transition at Walgreens Boots Alliance. In late July, the company announced that Pessina plans to step down as CEO and a search was under way for a successor. Plans call for Pessina to become executive chairman when a new CEO is appointed, with current executive chairman James Skinner remaining a board director. Walgreens Boots Alliance said Monday that Gourlay will continue in his role as co-COO, overseeing the strategic direction and coordination of the company’s U.S. operations. The addition of Standley would appear to give Walgreens Boots Alliance another potential option, along with Gourlay, in its search for a new CEO.

Standley left Rite Aid in August 2019, when the Camp Hill, Pa.-based drug chain appointed health care executive Heyward Donigan as CEO. The company had announced in March that Standley would step down as chief executive, a role he held since June 2010, and continue to serve in the post until a successor was named. He also held the chairman’s title from mid-2012 to October 2018, when board member Bruce Bodaken was named to the role.

Standley’s departure from Rite Aid followed a major management restructuring at the company. Leadership changes had been expected by retail industry observers after shareholders pressed Rite Aid and Albertsons Cos. to kill their $24 billion merger deal in August 2018. That decision came after the Federal Trade Commission in June 2017 derailed a $17 billion agreement by Walgreens Boots Alliance to acquire Rite Aid. To gain FTC approval, the companies downsized their deal to the sale of 1,932 Rite Aid stores to Walgreens. The transaction cut Rite Aid’s drugstore base by more than 40% and further hampered its ability to compete with much bigger rivals CVS Health and Walgreens.

Before the unsuccessful merger deals, Standley and his executive team had led a resurgence at Rite Aid that refreshed its store base, bolstered its pharmacy and front-end sales, and expanded its health care business, restoring a previously struggling company to profitability. He had rejoined Rite Aid as president and COO in 2008 after an earlier stint at the company, coming over from Pathmark Stores, where he was CEO before the grocer’s acquisition by A&P. Standley was promoted to Rite Aid CEO in June 2010 and became chairman in June 2012. His career also includes executive roles at Yucaipa Cos., Fleming Cos., Fred Meyer Inc., Ralphs Grocery Co. and Smith’s Food & Drug.