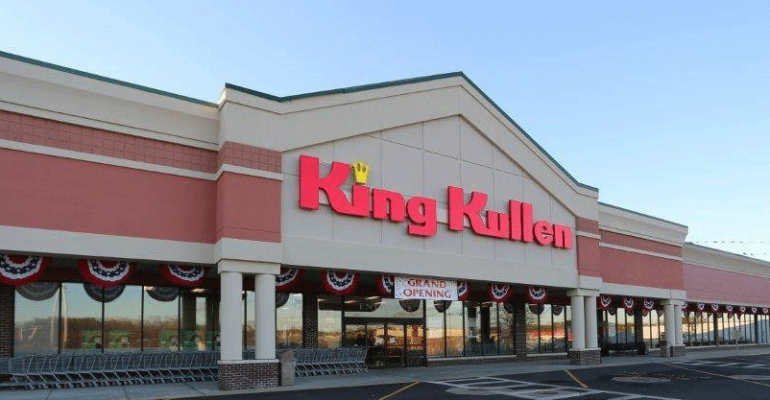 King Kullen
James A. Cullen Jr. has been a member of King Kullen's executive committee, and Ronald Conklin will remain on the board as chairman emeritus.
News>Executive Changes

James A. Cullen Jr. has been appointed chairman at King Kullen Grocery Co., taking over from Ronald Conklin, who retired from the post.

Hauppauge, N.Y.-based King Kullen said Tuesday that Conklin will remain on its board of directors as chairman emeritus. James A. Cullen Jr., a member of the grocer’s executive committee, is the grandson of King Kullen founder Michael J. Cullen and son of James A. Cullen, who served as chairman until his death in 1974.

Conklin has served in the board’s leadership since 2006, when he was named co-chairman along with Bernard D. Kennedy, and later became chairman after Kennedy’s death in 2018. Conklin is the son-in-law of the late James B. Cullen, son of founder Michael J. Cullen. 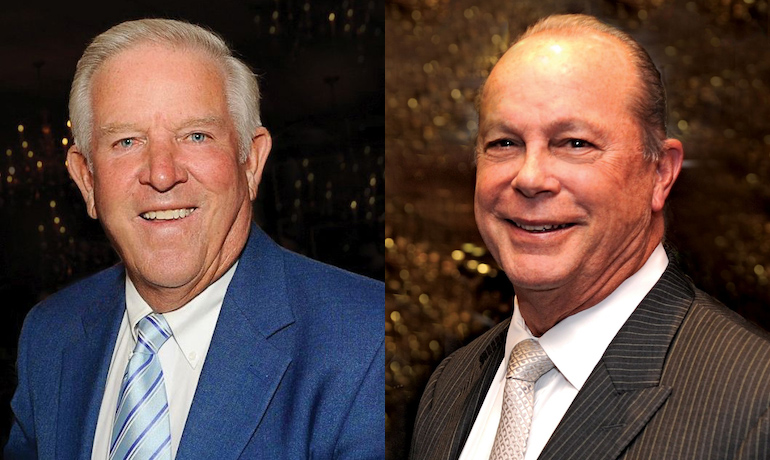 James A. Cullen Jr. (left) is the grandson of King Kullen founder Michael J. Cullen and son of late chairman James A. Cullen, while Ronald Conklin (right) is the son-in-law of the late James B. Cullen, whom he succeeded as co-chairman in 2006.

“On behalf of the entire King Kullen organization, I want to thank Ron Conklin for his many years of service and innumerable contributions to King Kullen. Ron was already a longtime board member when he succeeded his late father-in-law, John B. Cullen, as co-chair. We look forward to his continued involvement with King Kullen as chairman emeritus,” President and Chief Operating Officer Joseph Brown said in a statement.

“I also want to congratulate Jim Cullen on his new role as chairman. For many years, Jim headed up King Kullen’s real estate department and helped steer the company’s growth,” Brown added. “As chairman, he will continue to guide our organization through a number of strategic initiatives. This is an exciting period for King Kullen, and I look forward to working with Jim on these various projects.”

King Kullen promoted Brown to president and COO last June, when he took over from the retiring Brian Cullen and J. Donald Kennedy, who led the supermarket chain under a dual structure as co-presidents and co-COOs for more than 20 years. With Brown’s appointment, King Kullen also elevated Bernard P. Kennedy to executive vice president, chief administrative officer and secretary and Michael Infantolino to president of the Wild by Nature retail subsidiary.

Also in June, the retailer promoted Tracey Cullen, the great granddaughter of founder Michael J. Cullen, to vice president of corporate strategy and initiatives. She also was elected to the board of directors.

A year earlier, King Kullen and Ahold Delhaize USA terminated a deal for the latter’s Stop & Stop chain to acquire the Long Island grocer. Both companies cited “significant, unforeseen changes in the marketplace,” including the coronavirus pandemic. The acquisition was announced in early January 2019, after the agreement was signed in the previous month. Financial terms weren’t disclosed.

Founded in 1930 by Michael J. Cullen, King Kullen is recognized by the Smithsonian Institution as America’s first “supermarket.” Along with traditional grocery, King Kullen stores feature a large catering and prepared foods department, fresh-baked breads and sweets, healthy and organic product areas, and pharmacies, as well as online grocery service via King Kullen Shop Online, Instacart and Shipt. The chain launched the Wild by Nature natural food store banner in 1995.