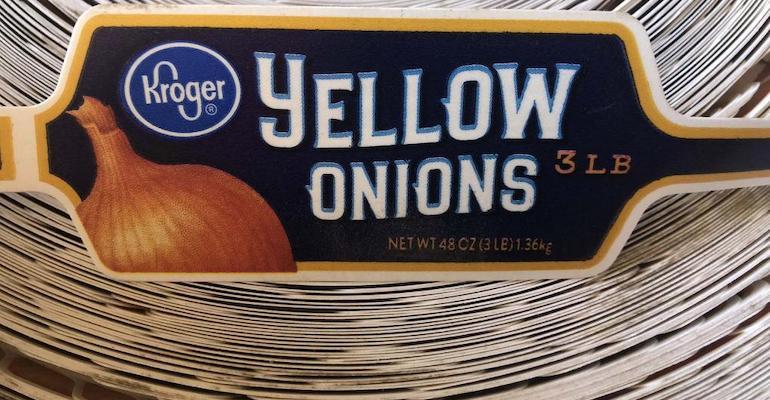 FDA
Kroger and Food Lion were among 11 brands flagged in the Thomson International onion recall. Walmart also reported that it sells Thomson onions at stores in 27 states.
Issues & Trends>Food Safety

Nearly 400 Americans in 34 states have been sickened with salmonella linked to red onions distributed to grocery retailers — including Kroger, Food Lion and Walmart — as well as wholesalers and restaurants by Thomson International Inc.

The Food and Drug Administration (FDA) and the Centers for Disease Control and Prevention (CDC) reported 396 cases of Salmonella Newport infections, including 59 hospitalizations, as of Aug. 3. More than half of the cases are in four states: Oregon (71), Utah (61), California (49) and Montana (33). No deaths have been reported.

Bakersfield, Calif.-based Thomson on Aug. 1 recalled red, yellow, white and sweet yellow onions shipped from May 1 to the present. Because of the risk of cross-contamination, all varieties of onions that could have come in contact with potentially contaminated red onions were recalled. 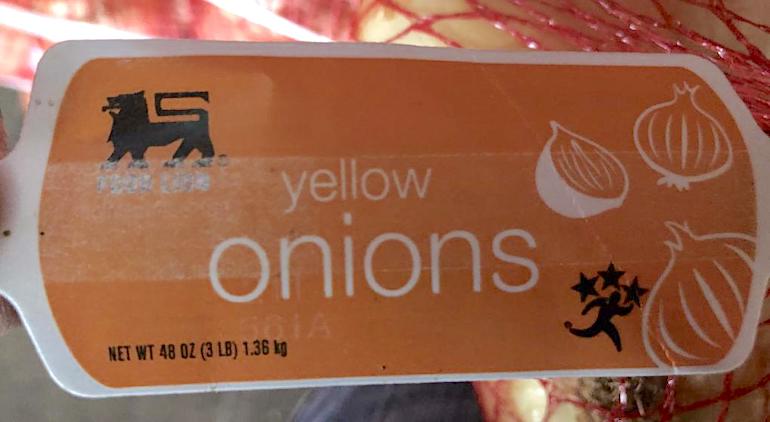 Though the salmonella outbreak is linked to red onions, Thomson has recalled all of its onion varieties due to the possibility of cross-contamination.

Walmart said on its recall web page that Thomson onions are sold at selected stores in 27 states, primarily in the Midwest and West.

Recalled onions were supplied to retail stores, wholesalers and restaurants in all 50 states, the District of Columbia and Canada. In connection with the recall, the Public Health Agency of Canada (PHAC) has reported 120 confirmed salmonella cases in four provinces, with about 100 of the cases in Alberta and British Columbia.

“The FDA has been working with CDC, state, local and international partners on a rapidly developing investigation of an outbreak of Salmonella Newport infections likely linked to red onions. Canadian health officials have been investigating a similar outbreak in that country and have announced that they had determined red onions from the U.S. to be the potential source of the Canadian outbreak,” Frank Yiannas, deputy commissioner for food policy and response, said in a statement. “Building on this information, and on epidemiologic information in the U.S. outbreak from CDC, the FDA’s traceback investigation was able to identify Thomson International Inc. as a likely source of contaminated red onions in the U.S.”

Illnesses started between June 19 and July 12, according to the CDC. On July 10, CDC PulseNet identified an outbreak of 13 Salmonella Newport infections in three states, which has since jumped to 396 infections in 34 states. Trace-back information collected from illness clusters identified red onions from Thomson International as a likely source of red onions. On July 30, PHAC identified U.S. red onions as a likely source of Canada’s salmonella outbreak. Further trace-back investigations are ongoing to find out if other onions are linked to the outbreaks, the CDC said.

“Consumers, restaurants and retailers should not eat, sell, or serve red, white, yellow or sweet onions from Thomson International, and if you cannot tell if your onion is from Thomson International or your food product contains these onions, you should not eat, sell or serve it and should throw it out,” the FDA’s Yiannas stated. “We will provide updates as we learn more during our continuing traceback investigation.”