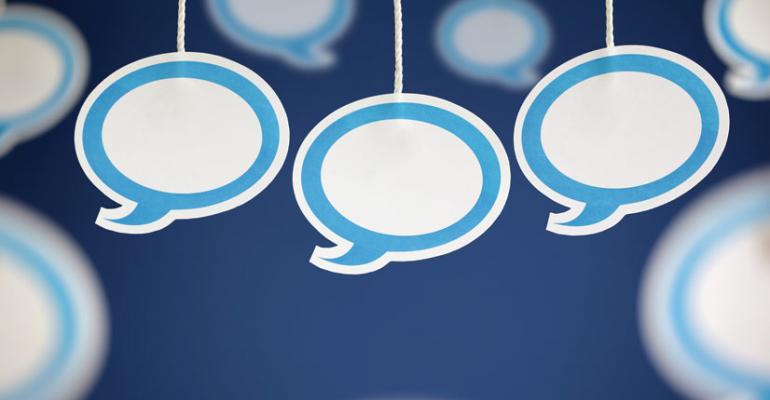 Retailers turn shoppers into brand influencers who engage their social media friends with product reviews and usage ideas. These and other campaigns join SN&rsquo;s annual list of the Top 10 promotions

Rather than viewing consumers as passive receivers of messages, retailers are encouraging them to play an active role in brand advocacy. One way they are doing so is via social media contests that reward consumers who post product reviews, photos and endorsements.

Such tactics can enhance a brand’s image by engaging consumers in an impactful way, retail consultant Harold Lloyd said.

“Consumers are more apt to believe a message if it comes from their peers,” Lloyd said. “It carries so much more weight than a paid advertisement.”

In a rising number of store brand promotions, retailers are asking consumers to chime in on where, how and why they use their products.

And Brookshire Grocery Co. asked shoppers to share stories and photos of how they use its store brands. In one contest, shoppers who liked the Brookshire’s Facebook page could post a photo of a Brookshire’s brand being used at a summer picnic or on vacation.

To celebrate a new store opening, Whole Foods Market encouraged shoppers to share a photo of their favorite 365 Everyday Value product on Twitter or Instagram with the hashtag #365Day. It randomly selected one entry from each platform to win a $365 gift card.

While print advertisements and other forms of marketing are effective, having a consumer vouch for a brand lends more credence.

“When the reference is closer to the consumer, the credibility skyrockets,” Lloyd said.

Brookshire, Food Lion and Whole Foods are among the retailers SN has named to its annual list of the Top 10 store brand promotions. The winners were chosen based on campaigns executed over the last year, on a variety of criteria, including originality; prize value; ability to generate consumer excitement about and engagement with the brand; web-centric capabilities; and ties to a cause-marketing platform.

While leveraging consumers as brand advocates is a common theme, other trends also exist. Among them: social media contests, polls and sweepstakes, and mobile marketing tours.

Following are the winners presented in alphabetical order.

Over the summer, Brookshire Grocery Co., Tyler, Texas, asked its Facebook fans to post photos of how they use Brookshire’s store brands at home, on vacation or at an event.

“Get creative with Brookshire’s brand products somewhere other than our stores!” Brookshire wrote in promotional materials. “Got a cooler full of water at the baseball game? Chips and cookies at a cookout?” 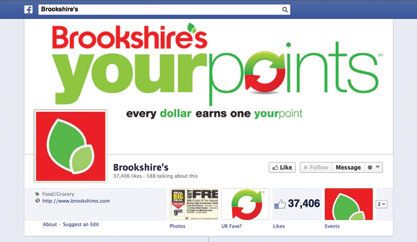 One entry showed Brookshire’s purified water on the stands at a baseball game; another, mustard and ketchup at a picnic.

All photos were posted on Brookshire’s Facebook page for a public vote. The winning photo was of an outdoor picnic with burgers and hot dogs along with store brand buns, potato salad, ketchup and mustard. The person who submitted it received 5,000 Brookshire’s “YourPoints.” YourPoints is a loyalty program under which shoppers earn one point per dollar spent on most purchases. Points can be redeemed for discounts on groceries and fuel.

CVS gave shoppers a chance to win one of more than 100 prize packages by pairing personal tastes with the brand’s fragrance and body care products.

Facebook users who “liked” the CVS page could enter the instant-win game by filling out a “beauty profile” multiple-choice questionnaire. 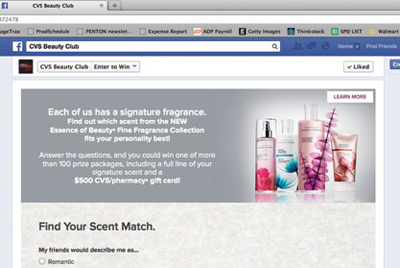 Among the questions in the “Fragrance Match Quiz”:

• “My Friends would describe my personality to be...”

• “Your Dream vacation destination would be… ”

• “After a long day, what’s your favorite way to unwind?”

Under one part of the promotion, the retailer ran a Facebook contest for a new washer and dryer and a one-year supply of its new Home 360 Advanced Cleaning laundry detergent. Contestants could enter via a link in a Facebook post. 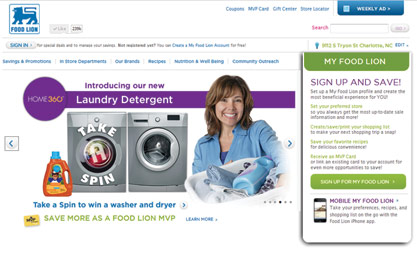 Under a second part of the promo, the retailer asked Twitter and Instagram users to post before-and-after photos with the hashtag #home360clean, showing how Home 360 laundry detergent cleaned their stained clothes.

The person with the winning photo received a basket filled with Home 360 Cleaning Products.

“When it comes to trying a new product or private brand item, we find that customers are listening to one another,” Munley DeWaters said. “This contest was an opportunity for customers to use social media in a fun way to tell one another about their experience with one of our private brand products.”

H-E-B, San Antonio, went on a bus tour to promote its H-E-B Baby store brand, as well as the entire baby category.

The H-E-B Baby “Little Texans Tour” was designed to raise awareness of the wide variety of H-E-B’s infant and baby product selection. 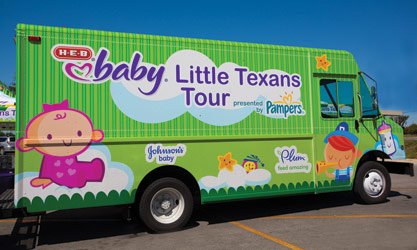 An H-E-B Baby and Pampers branded bus visited about 60 H-E-B stores in San Antonio, Laredo, Corpus Christi and the Rio Grande Valley over a 12-week period this past summer.

At each stop, tents were set up in the parking lot. Inside, visitors were entertained by children’s activities and speakers who addressed parenting topics.

“The promotion brought recognition to the total category as well as individual brands,” said Giovanni Demeo, vice president of marketing and analytics at Interactions Marketing, San Diego, which executed the event. Interactions is the event marketing subsidiary of Daymon Worldwide.

One week before the tour arrived at each stop, bags containing product giveaways from Pampers and other sponsors were distributed to area pediatrician offices, daycare centers and other locations. H-E-B stores distributed flyers and displayed shelf talkers about the tour.

Featured brands included President’s Choice and PC Blue Menu products, which are lower in fat and sodium and higher in fiber, omega-3 fatty acids or other nutrients. 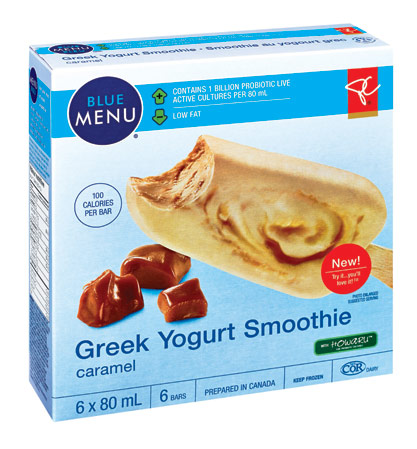 The campaign was developed to support Loblaw’s goal to help Canadians make healthier choices, according to Uwe Stueckmann, SVP of marketing.

“The Bring Healthier Home campaign provided a unique way to communicate Loblaw products and services to our customers in a holistic and all-encompassing way,” Stueckmann said.

The promotion came at a time when Loblaws released a survey showing that 85% of Canadian families use mealtime as an opportunity to teach their children about healthier eating.

Eight in 10 (82%) Canadian families sit down at least four times a week for family dinners. The biggest obstacle in getting to the dinner table together is work schedules (68%) followed by demands from children’s after-school activities (34%).

Canadian families estimate that about two-thirds (69%) of their total grocery purchases are made up of what they would consider to be healthier eating options.

Target, Minneapolis, used one of the nation’s most historical landmarks to promote two of its store brands.

New York City’s Grand Central Terminal was the location for two pop-up stores: one for the new Threshold home goods brand, and another for an exclusive collection of bath and body products by makeup artist Sonia Kashuk.

The Kashuk pop-up store operated for one day in November. The store featured fragrances, shower gel, body lotion, body butter, loofas and shower caps. A bathtub containing a live model was positioned on a pedestal, and adorned with the Target logo, and Kashuk’s name anchored the store. The tub was surrounded by dozens of white balloons resembling bubbles. 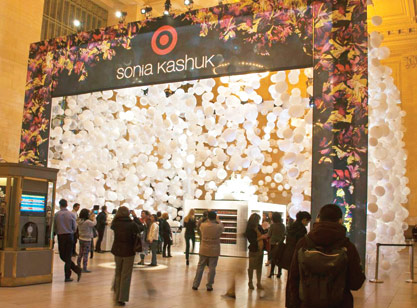 Along with featuring products for sale, makeup touch-ups and other services were provided.

“Treat yourself en route to work, primp on your lunch break or take a moment to unwind before the commute home,” Sonia Kashuk’s blog read.

The Kashuk event followed a pop-up store that operated in the Grand Central transportation hub in the spring, this time for Target’s Threshold brand of household goods.

The store operated out of a 21-foot-high, 1,600-square-foot life-size dollhouse, complete with a kitchen, bedrooms and a patio. The dollhouse was created to provide inspiration on how to use Threshold’s furnishings, décor and housewares at home.

The fixture showcased between 3,500 and 4,000 products, ranging from towels and lamps to throw pillows.

Visitors could purchase about two dozen items by using their smartphones to scan a QR code. Target.com later shipped the product.

The event was part of Walgreens’ sponsorship of the show. 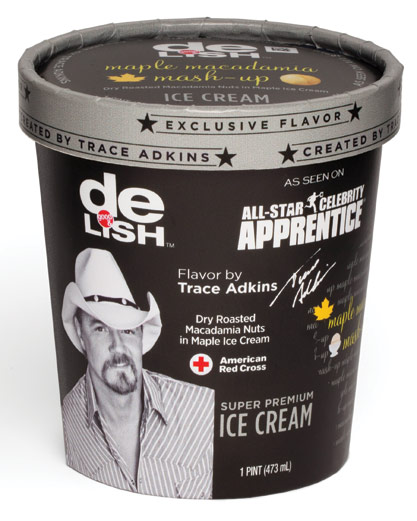 The premium ice cream was sold exclusively in Walgreens and Duane Reade stores for a limited time.

Viewers determined which celebrity’s charity of choice received an additional $100,000 donation from Walgreens by purchasing their favorite celebrity flavor.

The product challenge gave exposure to the wide variety of innovative and premium Good & Delish products that Walgreens offers, according to Walgreens, Deerfield, Ill.

8. Wegmans puts chefs to the test

The meal development team at Wegmans Food Markets took on a new challenge last year when they were asked to come up with seven pairs of store brand entrées and side dishes that could each be baked at 350 degrees Fahrenheit.

Each pairing included one Wegmans Ready to Cook meat or seafood entrée, pre-seasoned and ready to bake, and one vegetable side. 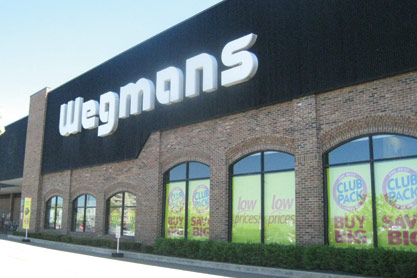 For example, the Sirloin Roast with Savory Finishing Sauce and Roasting Blend of Vegetables has a one-hour cook time. The sirloin goes into the oven first for 60 minutes, and the veggies go into the oven for the last 45 minutes. The meal comes out of the oven together, eliminating the challenge of timing separate dishes to be ready all at once.

Ann Lerminiaux, Wegmans’ test kitchen culinary specialist, tested and reviewed each meal. What made the challenge unique was that the veggie had to work in a 350-degree oven – 100 degrees lower than Wegmans’ chefs typically use for roasted veggies.

Whole Foods Market, Austin, Texas, celebrated the opening of its 365th store in Port Chester, N.Y., by giving away 365 Everyday Value products to shoppers across its U.S. and Canadian stores.

The first 100 customers who made a purchase totaling $10 or more on Tuesday, Oct. 22, received free 365 Everyday Value products. Product giveaways were also facilitated via Twitter and Instagram. 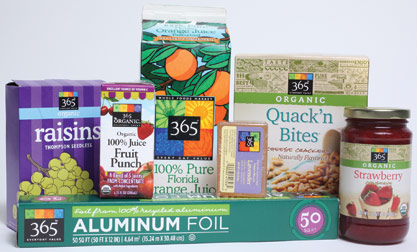 Shoppers at the Port Chester store could taste samples, win prizes and enjoy special offers, including 25% off all 365 Everyday Value products.

Additionally, shoppers who posted a comment on the blog about their favorite 365 Everyday Value products were entered to win a $365 Whole Foods Market gift card.

Another way the retailer is promoting the 365 line is by testing a loyalty program that gives customers a 10% discount on “365” products.

The “Hello 365” loyalty program is reportedly being tested in eight stores in Illinois, Indiana and Florida.

Winn-Dixie turned to Facebook for a promo supporting its new store brand beef.

“The Beef People-Best Beef in the Land Instant Win Game and Sweepstakes” supported the chain’s upgrade to choice Angus beef under the Winn-Dixie brand. 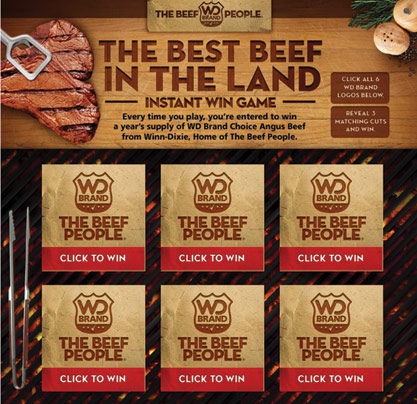 Players could win prizes by “flipping” and “matching” three out of the six cuts of meat on a virtual Winn-Dixie grill.

The promotion initially ran during the month of July, but due to its success, Winn-Dixie offered the promotion again in August.

The social media game allowed Winn-Dixie to build awareness of the enhanced changes in the beef offerings, educate its current and prospective customers and generate conversation about Winn-Dixie’s meat options among socially savvy customers, said Brian Wright, a chain spokesman.

“The online contest reached customers through a convenient, easily accessible platform that empowered them to engage in the promotion and create a more personal, meaningful experience,” Wright said.