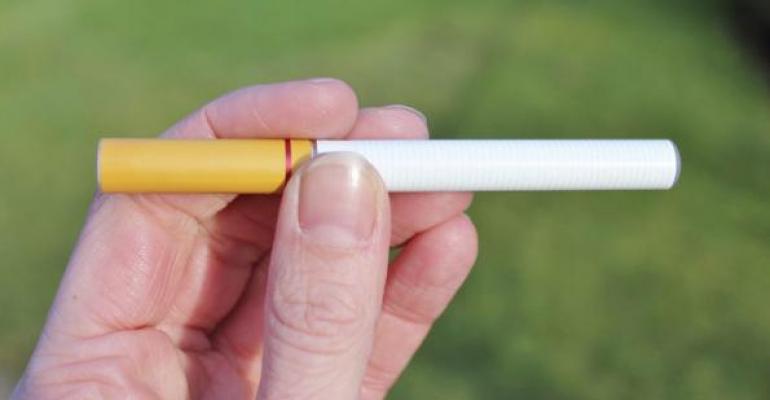 The FDA issued a proposed rule Thursday that would broaden its authority to regulate electronic cigarettes.

Along with e-cigarettes, other new categories to be regulated under the proposal are those that meet the statutory definition of tobacco products: products containing nicotine made or derived from tobacco. These include cigars, pipe tobacco, nicotine gels and waterpipe (or hookah) tobacco.

The proposed rule would mean that manufacturers of these products would need to follow requirements similar to currently regulated tobacco products like cigarettes and cigarette tobacco.

“This is an important moment for consumer protection and a significant proposal that if finalized as written would bring FDA oversight to many new tobacco products,” FDA commissioner Margaret Hamburg, said in a statement.

The proposed rule will be available for public comment for 75 days.

The proposal is in line with other regulated age-restricted tobacco products, said Laura Strange, spokeswoman for the National Grocers Association, Arlington, Va.

“NGA encourages retailers to be knowledgeable of the law and utilize effective age verification procedures, as well as provide employees with the proper training tools, such as those offered by the We Card Program,” Strange told SN.  “As responsible retailers, it is important to make sure that minors don't have access to any age-restricted product.”

E-cigarettes are battery-operated products that heat an element, often one containing nicotine, into a vapor that is inhaled by the user. Increasingly popular among those seeking to stop smoking, e-cigarettes generated $180.2 million in multi-outlet dollar sales for the 52 weeks ending Jan. 26, 2014, a whopping 77% increase from the same period in 2013, according to IRI.

Regulation supporters say standards are necessary at a time when there’s a hodgepodge of different rules and regulations at the state and local levels. Over the last year, an increasing number of states have adopted minimum-age laws for e-cigarettes.

About 30 states prohibit the sale of e-cigarettes to anyone under 18, or, in the case of four states (Alabama, Alaska, Utah and New Jersey), age 19.

Local governments are also clamping down on where e-cigarettes can be used. Among other actions, New York City, Chicago, Los Angeles and San Francisco have banned the use of e-cigarettes in restaurants and certain other public places. Some states are even seeking e-cigarette tax policies.

As reported in SN, We Card — a non-profit organization that provides training to retailers to prevent tobacco and other age-restricted product sales to minors — has created new retail signage that alerts the public that e-cigarettes will not be sold to minors. The signs were launched this month in two forms: one for states where the minimum age is 18; another for those with an age restriction of 19.