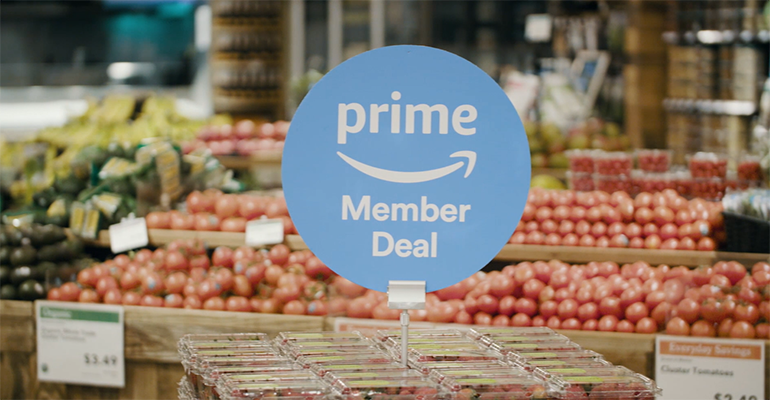 Grocery to get more play on Prime Day

Nielsen predicts strong showing in food, HBA and other CPGs

Prime Day 2019, to be held July 15 and 16, will span a full two days versus 36 hours last year. Nielsen noted that the promotion, which initially focused on serving up deals on “gadgety goods,” has morphed into a consumer buying “blitz” for goods of all kinds. Increasingly, that has included groceries, health and beauty aids (HBA), and other consumer packaged goods (CPG).

“The stage has been set for a Prime Day where health and beauty and grocery will dominate, and omnichannel competition will reach new heights,” Justin Belgiano, senior vice president of consumer data practice at Nielsen, said in a statement. “Success will come to those who capitalize on these hugely popular categories that have previously underperformed on Prime Day, while ensuring that the best promotions also appear in stores — not just online.”

In 2018, Amazon doubled its CPG sales for Prime Day compared with an average two-day span. Year over year, the e-tailing giant saw a 20% gain in CPG sales versus Prime Day 2017, Nielsen reported.

Grocery represented 17% of total Amazon CPG sales on Prime Day last year, the second-largest category behind HBA, which Nielsen forecasts to have an even stronger performance this year. Consumers grabbed deals on beauty care basics during Prime Day 2018. For example, oral care products like electric toothbrushes accounted for 12.9% of total Prime Day CPG sales, compared with 3.9% over an average two-day span, marking a 235% upswing.

In baby care, disposable diapers were 5.5% of Prime Day 2018 sales, with the category seeing a 21% gain versus the rest of the year, according to Nielsen. Baby wipes represented 1.6% of Prime Day sales last year, compared with 1.1% in the remainder of the year, for an increase of 42%.

Meanwhile, the pet category tallied a 10.4% sales share on Prime Day last year, a 26% decline from what is typically seen on an average two-week basis, Nielsen said. Dog food saw a 20% in sales share.

“It’s interesting to note that the pet category, which is one of the most evolved CPG categories within the online space, has historically been relatively silent during this retail holiday — with no major pet retailer offering competitive deals or promotions during this time,” Nielsen observed. “Is Prime Day not CPG pet-friendly? Or is this a missed opportunity for the players in the pet space?” 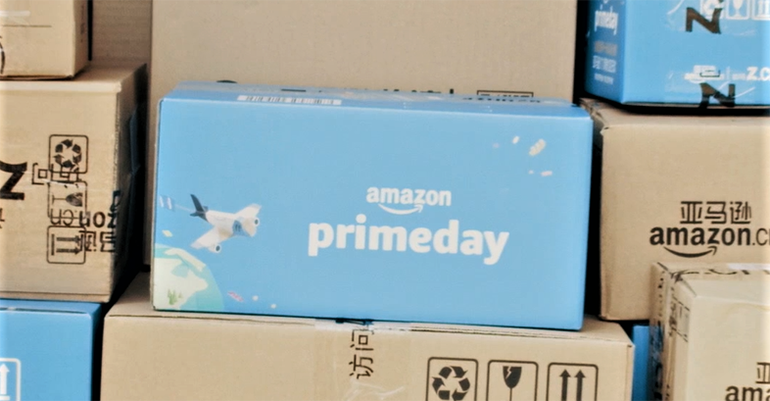 On the up side, Amazon’s push in private label over the past year may bear fruit during Prime Day 2019, Nielsen noted. Last year, private-brand CPGs were just 1% of Prime Day sales for Amazon, a departure from the broader trend toward private-label CPGs, which account for 3% of total online dollar sales, the market researcher said.

Prime Day 2019 is shaping up to be the most competitive yet for the annual promotion, including in grocery, Nielsen added.

For instance, in line with Amazon’s extension of Prime Day, subsidiary Whole Foods Market this year is serving up more exclusive savings and grocery deals. Prime members who make an in-store transaction of $10 or more a Whole Foods between July 3 and July 16 will get a $10 credit to their Amazon account that can be used to spend on Amazon.com during Prime Day. The same offer also extends to those making a Whole Foods purchase of $10 or more via the Prime Now grocery delivery and pickup service. Whole Foods also plans a range of exclusive discounts and deals on seasonal food items.

“The race for omnichannel grocery supremacy is already tightening between Amazon and traditional brick-and-mortar. With Amazon adding incentives for Prime members to shop at Whole Foods, and Walmart’s prevailing strength in online grocery, omnichannel grocery deals will play an even bigger role this year,” Nielsen predicted.

And like last year, other retailers will capitalize on Prime Day’s “halo effect” both online and in-store, Nielsen said. More than 250 retailers are planning deals, according to CommerceIQ, a Nielsen Connect Partner. Walmart has unveiled a list of deals across product categories to lure customers on Prime Day, while Target plans its own “Deal Days” on July 15 and 16. Nielsen said Target’s promotion during last year’s Prime Day period more than tripled its average CPG sales compared with an average two-day span over the course of 2018.