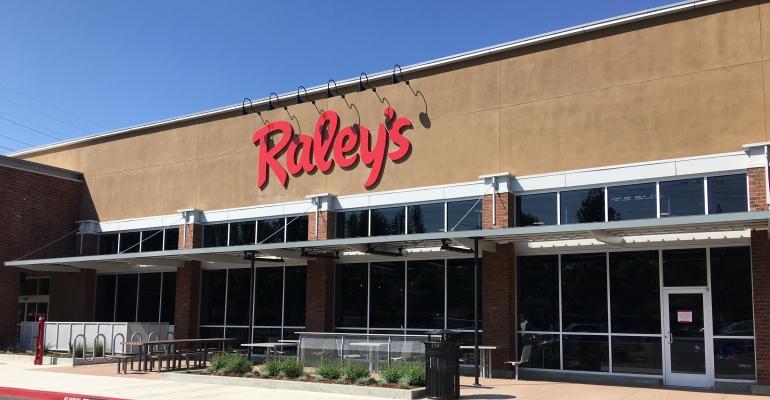 DoorDash, widely known for its restaurant deliveries, is continuing to gain traction in the grocery retail sector, with its latest partner being The Raley’s Companies.

All participating stores will employ DashPass, the San Francisco-based company’s membership program that offers free delivery on all eligible orders of $35 or more from restaurants, grocery and convenience stores nationwide.

Earlier this week, Southeastern Grocers announced an expanded version of its partnership with DoorDash to include in-store prices and promotions. Other food retailers teaming up with DoorDash and its delivery format this year include Grocery Outlet and its 398 stores last month, Loblaw Cos. (where it is called PC Express Rapid Delivery) in June, SpartanNash’s 100-plus corporate stores and 2,100 independent retail customers in May, and B.J. Wholesale Club’s 226 locations in March.

Albertsons first partnered with DoorDash in June 2021 before offering express delivery starting in February 2022 to nearly 2,000 stores, including Safeway, Vons, Acme Markets, Jewel-Osco, Tom Thumb and other Albertsons Cos. supermarkets. And Schnuck Markets launched the service in March 2021, with a major expansion in July 2022.

However, DoorDash’s four-year collaboration with Walmart was scheduled to end this month. Walmart has been actively building its own delivery system.

At Raley’s/Bashas’, DoorDash data show that the most ordered grocery items at Raley’s are fruits and vegetables with limes and cucumbers as the top-selling items. At Bashas’, they are fruits with bananas and limes as the top-selling items. Consumers place the most Raley’s orders from 4 to 8 p.m. and Bashas' orders from 3 to 7 p.m. The most popular ordering days are Sundays and Saturdays.