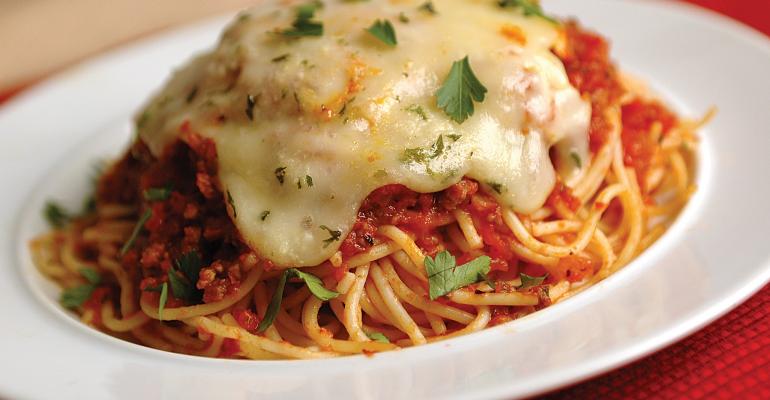 Ukrop’s expands its brand to Kroger, Wegmans and more

The Ukrop’s Homestyle Foods brand is getting a significant boost this week as its products are being rolled out to Kroger and Wegmans stores in Richmond, Va., and beyond.

Ukrop’s Super Markets was the dominant supermarket chain in Richmond before it sold most of its stores in 2010 to Ahold, which converted them to the Martin’s banner (which itself is now exiting the Richmond market). The Ukrop family retained its vaunted prepared foods and bakery operations, which supply Martin’s under the Ukrop’s Homestyle Foods label and other retailers under their store brands and other labels.

Now that its exclusive contract with Martin’s has ended, the Ukrop’s brand will begin appearing in 18 Kroger stores in the Richmond area this week and will be rolled out to 86 Kroger locations throughout the region in the coming weeks. “We’re pleased to have over 400 items in the Kroger stores in the Richmond area,” said Bobby Ukrop, president and CEO of Ukrop’s Homestyle Foods, in an interview with SN.

Kroger will carry a broad selection of Ukrop’s chilled prepared entrees, baked goods and salads, plus frozen baked goods that will be shipped to Kroger’s warehouse. In addition, Kroger stores in the area will also be adding Ukrop’s branded custom cake kiosks.

Branded items from the Ukrop’s Homestyle Foods line will also be supplied to two Wegmans locations in the region (In Midlothian and Short Pump, Va.) and to Libbie Market, an upscale specialty market in Richmond that was once the site a of Ukrop’s-owned specialty food store called Joe’s Market.

“In this market, the Ukrop’s name has been known for 75 years for taste and quality, and for local support,” Sam Dortch, co-owner of Libbie Market, told SN. “It’s a name we really look forward to having in Libbie Market, because we have so many of our customers that used to be loyal Ukrop’s Super Market shoppers, and we know they are going to be absolutely delighted when they start seeing that name show up in our store.”

At Wegmans, the chain will offer “a couple dozen” Ukrop’s baked goods, salads and entrees alongside its own extensive line of prepared foods, Ukrop said. Ukrop’s already supplies its White House Rolls to retailers around the country, including BJ’s Wholesale Club, The Fresh Market and military commissaries.

According to consumer surveys conducted last year on behalf of Ukrop’s Homestyle Foods by the Richmond-based Southeastern Institute of Research (SIR), 66% of people who have purchased Ukrop’s products said they are more likely to shop at a store if it carries Ukrop’s food items.

He said his research found that 61% of non-Martin’s customers have made special trips to Martin’s to purchase Ukrop’s items.

“This is a marathon, not a sprint,” he said. “We’re trying to make sure we do what we do well, and focusing on quality, taste and consistency.”