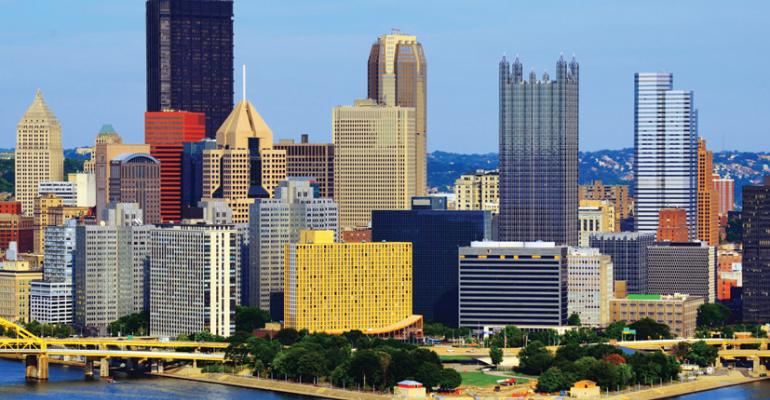 With 68 grocery stores in the seven-county Pittsburgh Metropolitan Statistical Area — plus a fleet of GetGo convenience stores and gas stations — Giant Eagle controls more than 33% of the total food market in the Steel City. That’s more than twice the share of its next-largest competitor, Wal-Mart Stores. 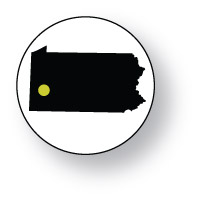 It’s also a lot of ground to defend. While conventional competitors are considerably fewer in Pittsburgh than they are across the state in Philadelphia, niche operators on the discount and upscale side are vying for their share, while Wal-Mart is expanding its footprint and now taking on its food competitors directly via the “See For Yourself” campaign. Those events have led Giant Eagle to experiment with a variety of concepts including a newly introduced discount store, Good Cents Grocery; the Giant Eagle Express small-store; and the upscale Market District, local observers say.

“Giant Eagle has always been a strong operator,” Jennifer Daurora, marketing director for McGinnis Sisters Special Food Stores, a three-store independent based in Pittsburgh, told SN. “But they have a lot to respond to, all the way from Wal-Mart to Bottom Dollar to Whole Foods.” 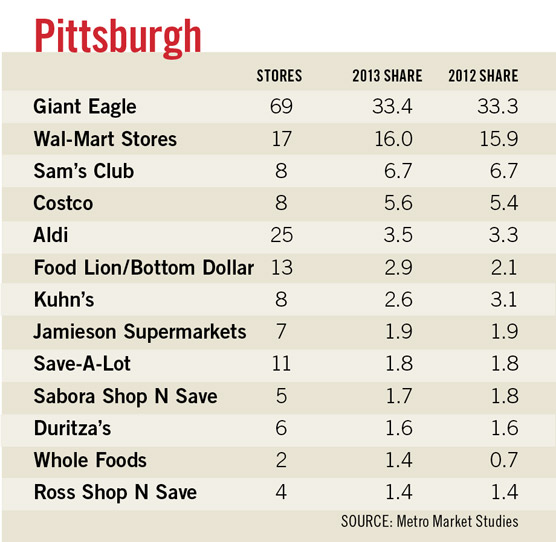 Giant Eagle was not available to comment for this article.

At stake in the battle for market share in Pittsburgh is a region showing real signs of recovery, observers said. Forbes magazine has twice listed Pittsburgh as “America’s Most Livable City” citing a combination of cultural offerings, and statistics on crime, unemployment and population growth. A local commercial real estate broker, who asked not to be identified, said retail “tanked” more than the housing market during the economic downturn, but has since improved.

An energy boom in the region has meant an influx of shoppers who are new to the market, particularly in Washington County.

“We’re finding people who have come from Oklahoma or Texas and they’re asking for cuts of meat that might be more popular in the Southwest, as well as smoked meats,” said Daurora of McGinnis Sisters. “It’s opening up new flavors to the area, which we are able to provide.”

McGinnis, which prides itself on local offerings and service, has seen an uptick in its catering business recently, which Daurora said is indicative of a healthier economy. Shoppers in the meantime have responded to the “foodie” trend but in a way that values local traditions and flavors.

The biggest grower in the market has been Delhaize America’s Bottom Dollar discount chain, which arrived with a dozen new stores in 2012 to grab nearly 3% of the market.