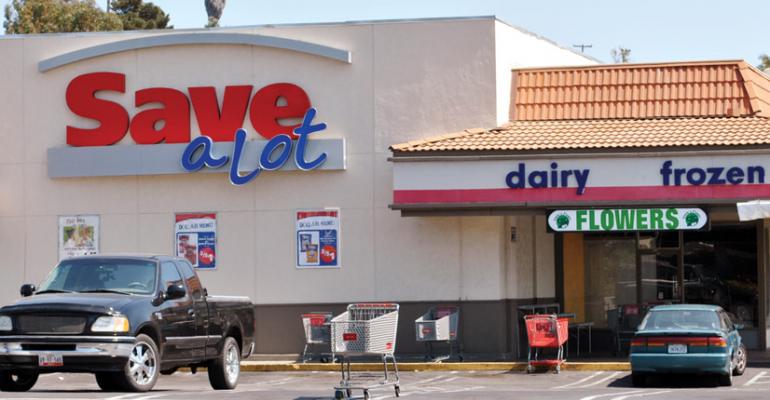 &ldquo;It is readily apparent that the changes [Save-A-Lot CEO] Ritchie Casteel and his team are implementing ... as well as the investments in price we&rsquo;ve made are favorably impacting the Save-A-Lot business.&quot; &mdash; Sam Duncan, CEO, Supervalu

MINNEAPOLIS — Supervalu here said Thursday that it believes it is gaining some momentum at its limited-assortment Save-A-Lot banner.

In a conference call with analysts discussing second-quarter results, Sam Duncan, Supervalu’s chief executive officer, said, “It is readily apparent that the changes [Save-A-Lot CEO] Ritchie Casteel and his team are implementing — namely the continued rollout of fresh-cut meat to our corporate stores, Center Store resets, improved produce presentation — as well as the investments in price we’ve made are favorably impacting the Save-A-Lot business, and we are optimistic that it will continue to do so as we move through the balance of the year.

“Equally important is the improved confidence that we are establishing with our licensees, a critical component behind our future growth.”

The chain had 215 corporate stores on the full meat-cutting program at the end of the second quarter, and Duncan said he expected it to roll out to all corporate stores by the end of the fiscal year. In the initial two markets ID sales have outpaced the overall corporate average, based on about six months of data, Duncan said. He said meat department identical-store sales gains are up more than 1,000 basis points over the rest of the store.

“As we complete this rollout, we will also achieve supply chain efficiencies to be better able to differentiate our meat program and our marketing efforts and have the ability to lead with fresh meat items in our weekly circulars,” he said. “Meat is one of the most important departments of Save-A-Lot, and getting meat right will continue to help us as we move into the back half of the year.”

The company said its corporate Save-A-Lot stores had identical-store sales gains of 4.6% in the second quarter, although IDs across the entire banner, including sales results from licensees, were down 0.3%.

Asked by an analyst about consolidation of Save-A-Lot’s private-label portfolio, Duncan said such an effort was under way. He said Save-A-Lot and Supervalu corporate are seeking to work together more on private label to “consolidate everything into one manufacturer as much as possible.”

Overall, Supervalu said second-quarter sales and profits improved over year-ago results due to cost controls and gains from service agreements with the retail stores it sold to Albertsons.

The company said net income from continuing operations, adjusted for one-time gains and charges, was $33 million, vs. a loss from continuing operations of $20 million in the year-go period. Second-quarter sales totaled $3.95 billion, vs. $3.94 billion in the year-ago quarter, buoyed by $62 million from the service agreements with the former stores, up $52 million over year-ago levels.

Sales declined at each of the company three main operating divisions.

Wholesale sales were down 1.6%, to $1.84 billion, which the company attributed to lower sales to existing customers, including military, offset in part by net new business. Operating earnings improved by 40 basis points, however, to 3.2% of sales, or $59 million, due to higher gross margins and lower logistics costs.

The company said the decline in military sales was largely due to the impact of government sequestration, which has shuttered military commissaries one day each week.

“We continued to work hard to increase the business with our current customers through retail sales driving efforts and increased purchase concentration as well as attracting new customers,” Duncan said.

He also said the company is pursuing a “single source” initiative in its wholesale division, through which it is encouraging grocery customers to expand their purchasing of perishables through Supervalu.

Duncan also credited Janel Haugarth, head of the independent business segment, for keeping costs down in the wholesale operations.

Save-A-Lot sales fell 0.1%, to $972 million, reflecting the impact of overall identical store-sales declines of 0.3%, partially offset by the impact from new stores. Adjusted operating earnings were 3.7% of sales, or $37 million, vs. $33 million, or 3.5% of sales a year ago.

Retail food sales were down 1.1%, to $1.07 billion, reflecting negative IDs of 0.9%. Retail operating earnings were $7 million, or 0.7% of sales, vs. $12 million, or 1.1% of sales in the year-ago quarter. The company attributed the decline to incremental investment in price and store labor partially offset by the benefit from cost-cutting initiatives and lower depreciation expense.

“We invested in our retail food stores, and I am pleased with their negative 0.9% ID for the quarter, compared to the negative 3% Q1 ID,” Duncan said in the call.