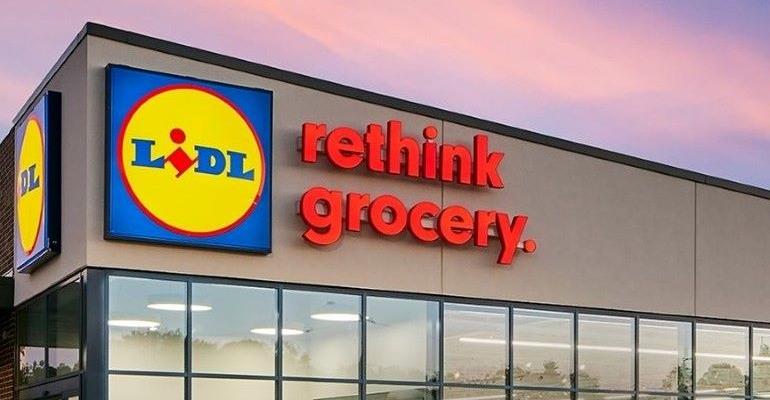 Lidl US
With its current expansion, Lidl is on track to reach 80 U.S. stores this month.
News>Retail & Financial

Lidl US has moved up the timetable for the opening of its first Long Island, N.Y., stores from its acquisition of metropolitan New York grocer Best Market.

At the end of April, Lidl had said it aimed to open its first Long Island stores early next year. Those locations included new stores in Center Moriches and Plainview, which will take over a former ShopRite space, plus converted Best Market stores in West Babylon and Huntington.

Arlington, Va.-based Lidl US unveiled the acquisition of Best Market in November 2018 and closed the transaction in early 2019. Financial terms weren’t disclosed. Of the 27 Best Markets acquired, 24 are on Long Island, two are in New York City (Astoria and Harlem) and one is in Holmdel, N.J. A small Best Market store in Hicksville, on Long Island, was shut in September.

Earlier this year, a Lidl US spokesman told Supermarket News that the hard-discount grocer expects to convert the Best Market stores to its banner over the next two to three years.

The Long Island locations are part of an East Coast expansion plan that Lidl US announced in mid-May. The company said it aims to open 25 new stores in Maryland, New Jersey, New York, North Carolina, Pennsylvania, South Carolina and Virginia by next spring. Including those openings, the retailer expects to top the 100-store mark in the United States by the end of 2020, with locations in nine states.

Lidl is on track to reach 80 U.S. stores before Christmas. Most recently, the chain opened stores in Ashburn, Va., on Nov. 20 and in Cary, N.C., on Nov. 6. Both of those locations were in addition to the 25 expansion stores announced in May. Lidl also plans to open stores in Wilmington and Charlotte, N.C., on Dec. 4; Raleigh, N.C., on Dec. 11; and Fayetteville, N.C., and Bergenfield, N.J., on Dec. 18.