Southeastern Grocers bolsters store base in 2021 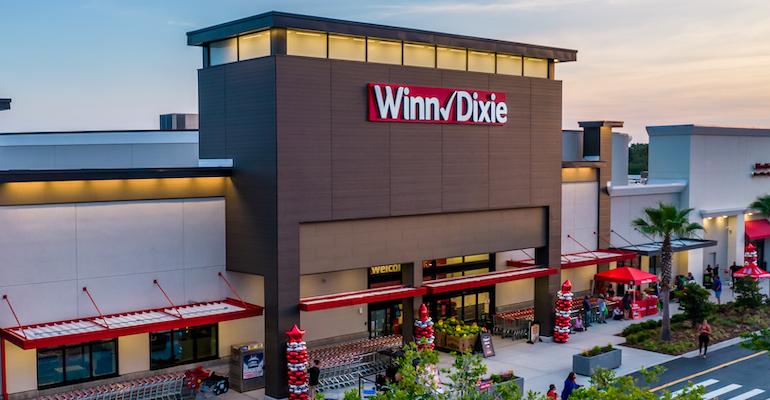 Start Slideshow ›
Over 70% of locations refreshed under remodeling program

Southeastern Grocers (SEG) made big strides in updating its store base during 2021, nearly doubling the number of store projects completed a year earlier.

With the 2021 remodels and openings, SEG said it has refreshed more than 70% of its store network to date. The company previously reported that, as of the end of 2020, about 55% of its store base had been upgraded since the start of fiscal 2016.

For 2022, SEG said it aims to enhance the shopping experience via expanded e-commerce capabilities — most recently including a delivery partnership with DoorDash — and more than 50 store remodels throughout its market area.

“As we conclude 2021 and look back at all we have accomplished as a community and company, I am simply amazed,” Southeastern Grocers President and CEO Anthony Hucker said in a statement. “Strength, generosity and kindness played a steadfast role throughout the year as we worked together to improve our stores, vaccinate our communities against COVID-19, provide nourishment to neighbors in need and lend a helping hand to one another during trying times. The accomplishments of this year have set a clear path for 2022, and I look forward to continuing to work together with our associates, partners and customers to enhance our communities for many years to come.”

Less clear is the outlook for longer-term expansion plans that SEG delineated early last year in a prospectus for an initial public offering. The company launched the IPO on Jan. 21 but then about a week later said it was postponing the IPO. Then in November, SEG announced that it has formally withdrawn the offering, marking the second time in seven years it has pulled an IPO.

In the prospectus filed with the Securities and Exchange Commission, SEG said it expected about 55 store remodels annually over the next four years from the close of 2020, which would result in 97% of the retail network upgraded by the end of 2024. Renewed stores, led by Winn-Dixie, have seen an average sales increase of about 10% and a return on investment that “consistently exceeded our internal 20% target,” the company said in the SEC filing. New store openings are forecast at approximately 10 per year beginning in 2022.

SEG reported in the IPO prospectus that, as of Dec. 30, 2020, the company operated 523 stores in Florida, South Carolina, Georgia, Alabama, Louisiana, North Carolina and Mississippi. After the IPO and divestitures of Bi-Lo and Harvey’s Supermarket stores, the company said it would operate 423 supermarkets under the Winn-Dixie, Harveys and Fresco y Más banners in Florida, Alabama, Louisiana, Georgia and Mississippi. About 87% of SEG’s grocery store base would consist of the Winn-Dixie banner, and overall roughly 76% of the retailer’s locations would be in Florida. The prospectus estimated 2020 net sales of $9.6 billion, up 15.7% from $8.3 billion in 2019. Adjusted for the store dispositions, the company’s net sales were reckoned at about $8 billion for 2020, a gain of 19.4% from $6.7 billion in 2019.