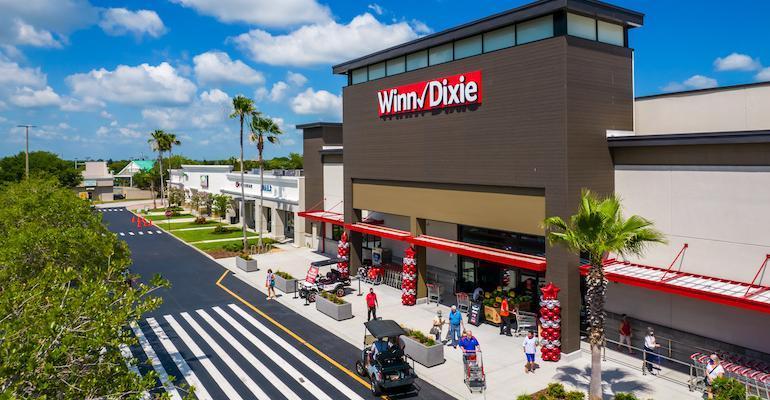 Southeastern Grocers has formally withdrawn plans for an initial public offering, marking the second time in seven years it has pulled an IPO.

In a Securities and Exchange Commission filing on Friday, Southeastern Grocers requested that the agency consent to its withdrawal of the S-1 registration statement filed Oct. 19, 2020, for an IPO of common stock by certain shareholders. The Jacksonville, Fla.-based retailer had announced in late January that it was postponing the IPO — only about a week after its launch — but didn’t give a reason for the move. Plans call for the company to list its common shares on the New York Stock Exchange under the ticker symbol “SEGR.”

In the IPO announced Jan. 21, Southeastern Grocers’s selling stockholders were slated to offer 8.9 million common shares at $14 to $16 apiece and grant the underwriters a 30-day option to buy up to another 1.335 million common shares, with the potential to raise up to $163.76 million. Citing an unnamed source, Reuters reported that the company saw lackluster interest in its shares at that price range.

The canceled IPO represents a redux for Southeastern Grocers, which previously had explored going public but pulled its stock offering. Bi-Lo Holdings, the former parent of Winn-Dixie and Bi-Lo, filed for an IPO in September 2013 under the name Southeastern Grocers LLC. Eleven months later, in August 2014, the company withdrew the registration, which hadn’t been updated since the filing and hadn’t been declared effective by the SEC.

Southeastern Grocers reported in its latest IPO prospectus that, as of Dec. 30, 2020, the company operated 523 stores in Florida, South Carolina, Georgia, Alabama, Louisiana, North Carolina and Mississippi. After the IPO and divestitures of Bi-Lo and Harvey’s Supermarket stores, the company said it would operate 423 supermarkets under the Winn-Dixie, Harveys and Fresco y Más banners in Florida, Alabama, Louisiana, Georgia and Mississippi. About 87% of the retailer’s grocery store base would consist of the Winn-Dixie banner. The prospectus estimated 2020 net sales of $9.6 billion, up 15.7% from $8.3 billion in 2019. Adjusted for the store dispositions, the company’s net sales were pegged at about $8 billion for 2020, a gain of 19.4% from $6.7 billion in 2019.

Facing stiff competition, Southeastern Grocers in recent years has worked to restructure its business — focusing primarily on Winn-Dixie — and scale back its store base. In September 2020, the company announced deals to sell 23 stores under its Bi-Lo and Harveys banners to grocery wholesaler/retailer Alex Lee and independent operator B&T Foods. The transactions furthered plans to dissolve the Bi-Lo banner, disclosed in June 2020 when the Southeastern Grocers announced the sale of 62 Bi-Lo and Harveys stores and a distribution center to Ahold Delhaize USA’s Food Lion chain. In May, Southeastern Grocers also agreed to sell prescription files and inventory for 58 pharmacies to CVS Health and Walgreens for a total of $63.1 million.

The phaseout of Bi-Lo is part of a five-year business transformation strategy following Southeastern Grocers’ emergence from Chapter 11 bankruptcy in May 2018. In the Jan. 26, 2021, S-1 filing, the retailer said it was still working on divesting 39 Bi-Lo stores and one Harveys store. Besides supermarkets, the company also operates 140 liquor stores, 231 in-store pharmacies and one central specialty pharmacy.