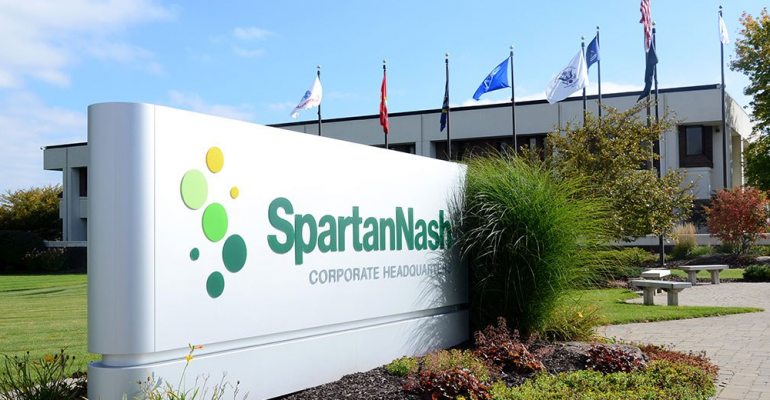 CEO search under way, Fresh Kitchen to shut down by year’s end

For the 12 weeks ended Oct. 5, net sales totaled $2 billion, up 6% from $1.89 billion a year earlier, SpartanNash said yesterday. The company attributed the increase to volume from the Martin’s Super Markets acquisition, closed in early January, and higher food distribution sales before the elimination of intercompany sales for Martin’s.

Third-quarter food distribution net sales dipped 0.1% year over year to $939 million from $940.2 million. But SpartanNash noted that the segment’s sales rose 3.6% excluding the impact of the elimination of intercompany sales to Martin’s after the acquisition. The uptick came from sales growth with existing customers, the Grand Rapids, Mich.-based distributor/retailer said.

Meanwhile, military distribution net sales were down 0.2% to $499.2 million from $500.2 million a year ago, reflecting lower comparable sales at DeCA (Defense Commissary Agency)-operated locations, SpartanNash said. That was partially offset by incremental volume from new business with an existing customer that began late in 2018 fourth quarter and the expansion of DeCA’s private-brand program.

Boosted by the addition of Martin’s, retail net sales surged to $561.6 million, a 25.8% gain from $446.3 million in the 2018 quarter. Comp-store sales inched up 0.1% but were offset by decreased fuel sales, stemming from lower gasoline prices, according to SpartanNash.

Reported operating earnings came in at $15.8 million in the third quarter, down from $26.8 million in the prior-year period. SpartanNash cited higher administrative and supply chain costs for the decrease, partially offset by incremental earnings from Martin’s and growth in food distribution. Adjusted operating earnings fell to $20.3 million from $27.8 million, which SpartanNash said reflected adjustments from Fresh Kitchen operating losses after the company decided to exit the business at the end of the second quarter.

At the bottom line, SpartanNash had a loss from continuing operations of $300,000, or 1 cent per diluted share, versus earnings of $17.5 million, or 49 cents per diluted share, a year earlier. The company said the loss reflects $7.7 million in expenses from the termination of its corporate pension plan and the aforementioned changes in operating earnings changes.

Analysts, on average, had projected adjusted earnings per share of 38 cents, with estimates ranging from 35 cents to 39 cents, according to Refinitiv/Thomson Reuters.

In August, SpartanNash named Chairman Dennis Eidson as interim president and CEO, replacing David Staples, who left the company. The distributor cited poor execution as the reason for the leadership change. Staples had succeeded Eidson as CEO in May 2016.

With that announcement, SpartanNash unveiled plans to shut its Fresh Kitchen fresh food processing business, which has suffered operational problems since being purchased as part of the Caito Foods Service acquisition in January 2017.

SpartanNash said yesterday that its board of directors has begun a search for a full-time CEO and retained executive search and leadership consulting firm Spencer Stuart as an adviser. Plans call for Fresh Kitchen to cease production in the fourth quarter, and disposition of the facility and related assets is expected as soon as the fiscal 2020 first quarter. 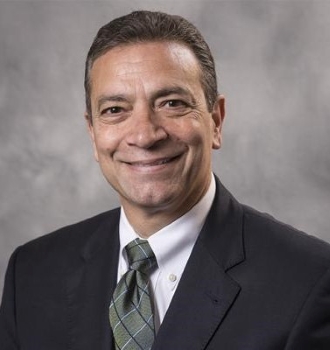 “In the last 12 weeks since I've stepped back into the day-to-day role at SpartanNash, I have been grateful for this for the entire organization and especially the management team. We recognize that the operating environment has been challenging. However, we also acknowledge that some of our own actions have impacted our performance in fiscal 2019,” Eidson (left) told analysts Thursday morning in a conference call. “We are committed to improving our results by focusing on the execution of our business plan and in mitigating the impact of external factors.”

SpartanNash’s goals, announced in August, include sustained mid-single-digit sales growth; realizing more than $15 million of savings over the next 24 months from the Project One strategic review team; reducing debt and working capital while lowering financial leverage ratios; and improving adjusted operating earnings and adjusted EBITDA (earnings before interest, taxes, depreciation and amortization).

“We're pleased with the growth we've continued to achieve and are encouraged to have delivered results in the third quarter that are consistent with our current-year guidance and keep us on track with the full-year outlook we provided in August as part of our second-quarter earnings release,” Eidson said in the call. “We remain confident in the strength of our platform. However, we recognize it'll take time for us to fully realize the benefits of our current initiatives and long-term strategy.”

SpartanNash reaffirmed its fiscal 2019 outlook but modified its guidance to include estimated transition costs not previously quantified. The company projects the costs to range from $9 million to $9.7 million in adjusted EBITDA and $6.6 million to $7.1 million in adjusted earnings from continuing operations, or 18 cents to 20 cents per diluted share.

Including those costs, SpartanNash forecasts full-year reported EPS of 1 cent to 29 cents and adjusted EPS of $1.00 to $1.17. Analysts’ consensus estimate, before the company’s earnings report, was for adjusted EPS of $1.28, with projections running from $1.25 to $1.32, according to Refinitiv/Thomson Reuters.