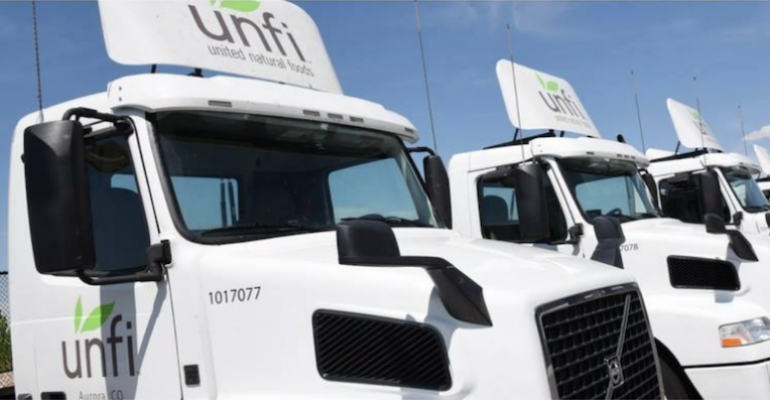 UNFI said Monday that the collective bargaining agreements provide associates with competitive wages, strong benefits, and added safety and support amid the COVID-19 pandemic, while including compromises and language updates that give the distributor “important operating flexibility” to better serve customers.

“We’re pleased to fortify our distribution network and strengthen the nation’s food supply chain ahead of the busy holiday season and winter months. Our new long-term labor agreements in the Hudson Valley and southern California put us on strong footing in the near-term and provide us with valuable flexibility to best serve our customers over the long-term,” UNFI Chief Operating Officer Eric Dorne said in a statement. “These are the foundational elements of the exceptional customer service we intend to deliver across the Pacific and Northeast regions in the years ahead. I also want to take this opportunity to thank all of our associates, partners and customers throughout the country for their collaboration and confidence amidst the pandemic.”

Teamsters 445, based in Rock Tavern, N.Y., said that on Nov. 1 its members voted in favor of a strike, claiming that UNFI violated federal labor law and wasn’t complying with Centers for Disease Control and Prevention (CDC), New York and New Jersey COVID-19 safety guidelines.

Specifically, the local alleged that, at the Hudson Valley DC, UNFI wasn’t providing workers with adequate protective equipment, including face masks; conducting contact tracing of probable COVID-19 patients; disinfecting and cleaning workspaces; and prescreening employees and visitors before entering the facility. As a result, the union said, UNFI’s operations in Hudson Valley as well as the Bronx and New Jersey could become “hubs for spreading the virus throughout the region.”

“Our members stood together in solidarity and were able to win substantial pay increases over the life of the contract and a quicker rise to top pay. But you cannot put a price on health and safety,” commented Dan Maldonado, president of Teamsters Local 445. “The Teamsters continue to demand that UNFI comply fully with state and CDC regulations on social distancing, provision of PPE, cleaning and sanitization of equipment like our trucks after each shift. We hope we can sign a letter of agreement with the company that will bring them up to par."

“These agreed-upon and fully recommended contracts underscore the strong support UNFI is providing to its more than 21,000 associates. In addition to delivering market-competitive compensation, UNFI’s award-winning safety and risk management team is continuing to prioritize associates’ health and well-being,” stated Jill Sutton, chief legal officer and head of the labor relations team at UNFI. “We’ve made the necessary investments at our 59 distribution centers to provide industry-leading pandemic safety support, including enhanced cleanings, hygiene supplies, temperature checks, ample protective gear, and regulation-compliant and socially distant workplaces. These procedures and protocols have repeatedly received high marks from our union associates and their leaders.

“UNFI will continue to take these types of proactive steps and enhance our protocols accordingly as CDC guidance evolves,” Sutton added. “We’ve complied with all governmental guidance throughout the pandemic’s entire life cycle and will remain vigilant to keep our associates safe as we deliver on our promise of keeping the supply chain flowing.”

In announcing the work stoppage authorization on Friday, Teamsters noted that it represents about 3,700 UNFI workers in 17 states.

“During this time, nothing is more important to us than the safety of each one of our members, their families and the general public,” Steve Vairma, Teamsters International vice president and warehouse division director, commented in the strike vote announcement. “If UNFI expects its frontline workers to perform hazardous jobs and keep our food supply chain running, the company must provide workers with a safe workplace.”