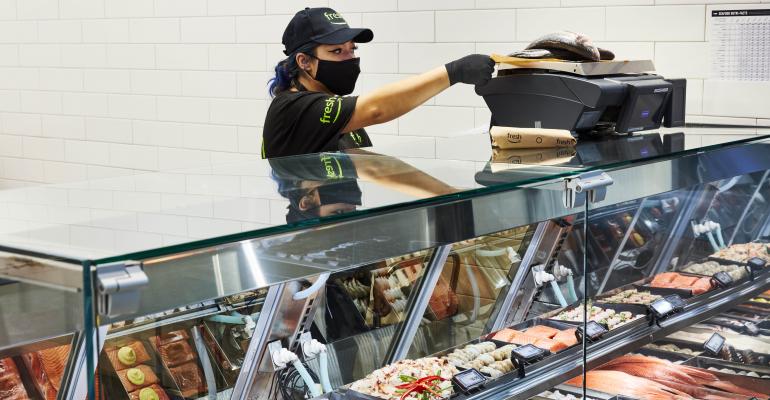 Amazon Fresh
Shoppers are learning to move out from their safe space and try varieties of seafood outside of the traditional “big three” of shrimp, salmon and tuna, according to FMI's Rick Stein.
Product Categories>Seafood

It’s back to school for seafood merchandisers

The closure of restaurants during the Covid-19 pandemic and the subsequent boost in at-home meal preparation has led to a boom for supermarket seafood departments.

More than half of all seafood eaters indicate they are cooking more meals at home and the savings they are realizing from eschewing restaurants is making it likely that many consumers will sustain the behavior following a return to  “normal.”

Yet retailers are in a strong position to further bolster activity by educating shoppers on seafood products and the preparation techniques for each item. “Consumers have clearly said that they want more information, and quite often it has to do with cooking,” said Rick Stein, vice president, fresh foods, for the Arlington, Va.-based FMI-The Food Industry Association. Because seafood is typically more expensive on a per-pound basis than meat and poultry, “shoppers want to make sure they prepare it right and not screw it up,” he said.

That is becoming even more important as additional consumers look to cook new types of seafood to add variety to their at-home menus. Indeed, Stein noted that shoppers are “learning to move out from their safe space” and try varieties of seafood outside of the traditional “big three” of shrimp, salmon and tuna.

“Consumers are interested in a wider range of applications for the category, and while they’re at home and preparing more meals, the time is right for fish and shellfish brands to position themselves as key components of more mealtimes, whether through recommendations/demonstrations via social media or online or through on-pack recipe suggestions,” noted Mintel Group Ltd, a London-based market research firm, in its 2021 Fish and Shellfish US report.

Shoppers also are seeking information on other purchase drivers, including sourcing, processing and sustainability, according to the Mintel report. “However, nearly six in 10 consumers and nearly two-thirds of parents are concerned about the quality of frozen fish,” Mintel stated. “Packaging improvements, whether in the form of additional information about the fish type or its sourcing/processing would resonate.” 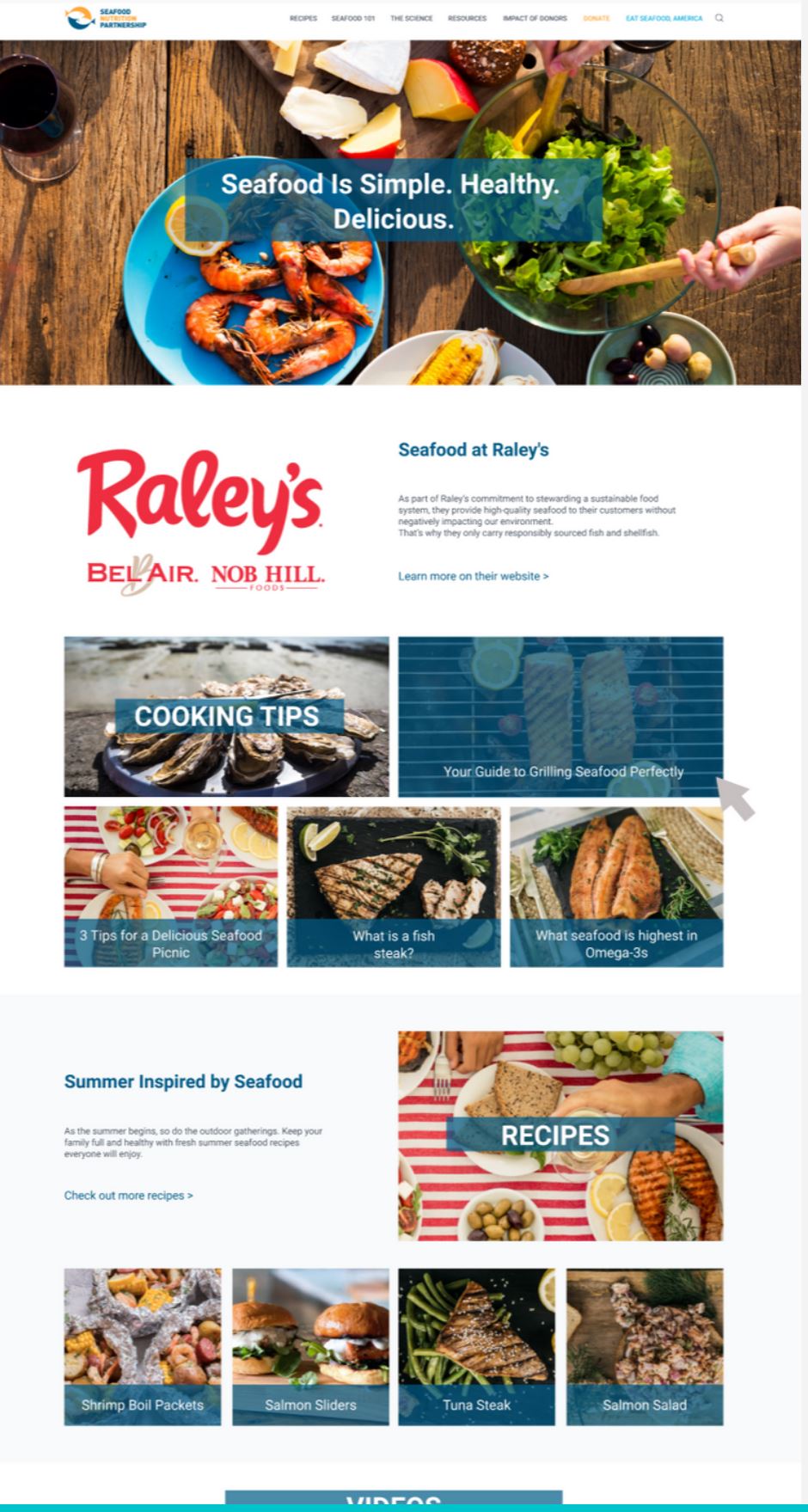 Related: Seafood Expo to return to Boston in March

A grocery retailer’s website is a key way to disseminate such data to consumers, Stein said, particularly because shoppers are becoming increasingly savvy in accessing supermarket apps via their smartphones to clip coupons and view sales information. “Consumers already can pull out phones in stores and learn nutritional values, sustainability methods and even get recipes,” he said. “Using the phone to visit websites is becoming second nature with shoppers all the way up to the Baby Boomers. The more information that supermarkets can offer to provide product transparency, the more it will resonate with consumers.”

Directing shoppers to the website is particularly beneficial for supermarkets with a multitude of outlets as it enables the retailers to provide consistent details to all customers, Stein noted. “A big chain with multiple stores has the challenge of making sure every associate gives the exact same information,” he said.

Nevertheless, because 21% of consumers still indicate that they want to receive information from seafood department associates, it also is important for retailers to educate the front-line workers, Stein stated. Methods can include disseminating a weekly or monthly newsletter that emphasizes an important seafood factoid or other details that the workers can share with shoppers, he said.

Directing employees to instructional YouTube videos also is effective as “many people prefer to learn visually,” Stein said. San Antonio-based H-E-B, for instance, which operates more than 420 stores in Texas and northeast Mexico, is offering a sustainable seafood video series online in which chef Barton Seaver provides preparation instruction for a range of species.

In addition, supermarkets can add a quick response (QR) code to their print ads that enable shoppers to retrieve product information by scanning the codes with their digital devices, Stein said. “The idea of having consumers adapt digital information isn’t the uphill battle that it used to be,” he noted.

Such methods can be more effective than the typical in-store signage, which often contain product descriptions, nutrition information and sustainability logos, Stein said, as the plethora of such placards can prevent shoppers from noticing the relevant signs for their needs.

More consumers are “starting to understand that they can buy and cook their own seafood,” Stein noted. “Once you learn to cook something you always have it under your wing and will be more confident.”