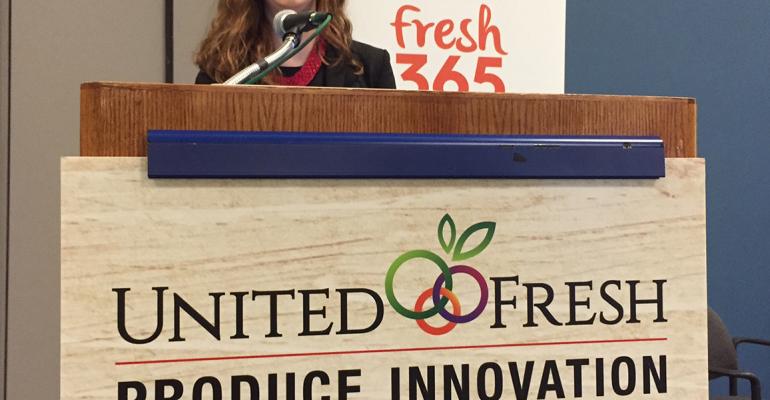 Retailers should consider taking advantage of an array of new produce-related concepts that have benefits ranging from reducing waste to spurring sales, according to a presentation Monday at the United Fresh 2016 Conference in Chicago.

One of these is promoting "ugly produce," offering a discount for blemished items that previously would have gone to waste.

Ugly produce is a "really great concept all around," she said during the educational track called "Fresh Foods: The Retail Revolution." "It helps reduce food waste. It saves shoppers money because the produce is discounted, and at the same time it increases sales for retailers."

Another trend is the practice of offering free produce items to kids in stores.

"Where some supermarkets used to give kids a free cookie when they came into the store, now a lot of them are giving produce as an option, like an apple or a banana," she said. 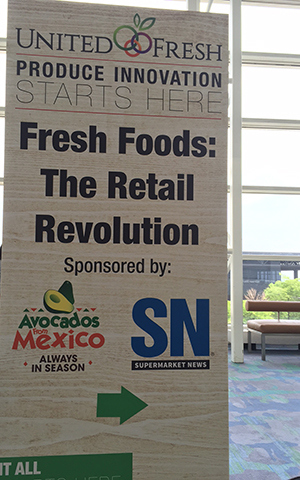 "Why couldn't the free produce be your produce?" she asked.

Another important produce-related concept is meal kits, such as those from Blue Apron and Hello Fresh.

"It would be so easy for supermarkets to come up with their own meal kit programs," she said. "They already have all the components in store."

Webber pointed to such retail programs from Ahold USA, including for its Giant and Stop & Shop banners.

"You can see the onions and maybe some parsley peeking out there," she said of one image of a meal kit.

Private label is another relevant area of focus because of how it is transforming.

"Obviously supermarket private label products have been part of the grocery aisles for a long time now," she said. "But more and more I've been seeing supermarkets include perishables products in their private label offerings, and not just milk."

Webber's presentation outlined key results of SN's 2016 Fresh Foods Survey which relays a story of continued growth for this segment. Many retailers are responding by increasing the department's footprint. Produce tops the list of departments.