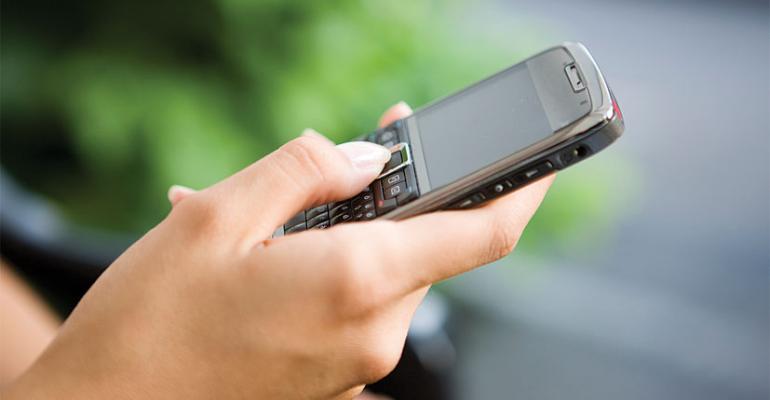 Mobile phones have already made their presence palpable across retailing as a vehicle for coupons, price comparisons and location-tracking, but the technology is poised to have an even bigger impact on the shopping experience in 2013, predicts Greg Buzek, president, IHL Group, Franklin, Tenn.

Buzek, whose company delivers research and advice on retail technologies, expects mobile marketing apps that empower shoppers to scan, bag and check out to be offered by more retailers next year. Thus far, that app is most closely associated with Ahold USA, which has offered in-store scanning and marketing devices to shoppers in more than 350 Stop & Shop and Giant-Landover outlets, and this year has been making the same functionality (provided by Catalina Mobile) available on a smartphone app for iPhones and Android devices used at those stores.

Buzek thinks emerging apps will take Ahold USA’s app one step further and allow shoppers to pay with a credit card on the device, circumventing the checkout lane altogether. “Customers are tired of standing in line, particularly during peak periods,” he said. Self-checkout lanes, designed to expedite the checkout experience, can be an unreliable alternative, he noted, prompting shoppers to say, ‘Hey, let me use my device — and I can bag [products] as I want them to be bagged.’”

The Ahold USA app also delivers targeted offers to shoppers’ phones before and during the shopping trip — a feature that helps the app appeal to more shoppers, Buzek noted. Another beneficial feature — not on the Ahold app — would be allowing shoppers to create a shopping list and check off items as they shop, he said.

So far, shoppers can’t scan as expeditiously with Ahold USA’s app as they can with the company’s in-store scanning device’s trigger mechanism, but Buzek believes shoppers will prefer the app over the device. For one thing, the newer phones, such as the iPhone 5, have faster cameras, and those cameras offer the ability to scan 2-D and QR codes, which Ahold USA’s devices don’t do. Moreover, unlike in-store devices, consumers’ phones don’t require maintenance by the retailer. He acknowledged, though, that shoppers may opt to use their phones more often for smaller orders that don’t require as much scanning.

Buzek also expects mobile technology to expand within retailing in other ways next year. In the grocery arena, that will mean more store managers using mobile tablets to spend more time on the sales floor. “There’s a very strong correlation between the profitability of a store and the number of hours a store manager is on the sales floor rather than in the back doing paper work,” he said.