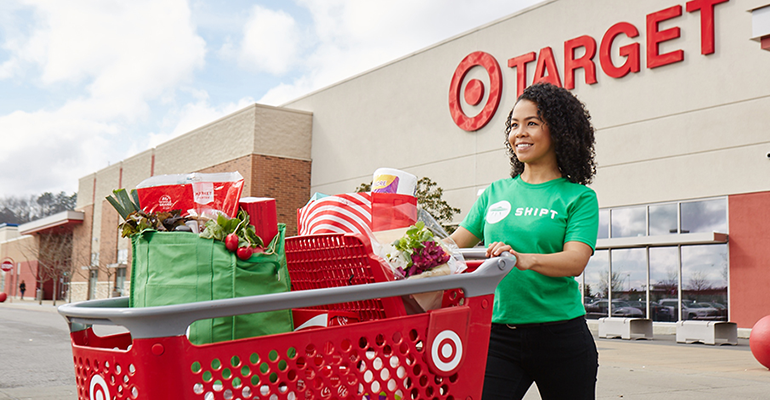 Target posts strongest quarter in more than a decade

The company reported that sales at stores open for at least a year increased 6.5%, the most in 13 years. Target also said its customer traffic to stores, which increased by 6.4%, was the strongest since it began reporting the figure in 2008.

“We are extremely pleased with Target’s second-quarter results, which demonstrate our guests’ excitement for the enhanced and differentiated shopping experience we’re building. For the second consecutive quarter, traffic growth is better than we’ve seen in well over 10 years, driving 6.5% comp growth — Target’s best in 13 years,” said Brian Cornell, chairman and CEO of Target Corp.

He added, “We laid out a clear strategy at the beginning of 2017, and throughout this year we’ve been accelerating the pace of execution. We’re on track to deliver a strong back half and we’ve updated our full-year guidance to reflect the strength of our business and the consumer economy. As we look ahead to 2019, we expect to achieve scale across the full slate of our initiatives — creating efficiencies and cost savings, further strengthening our guest experience and positioning Target to continue gaining market share.”

Target’s digital efforts, including purchasing Shipt last year to speed up same-day delivery, have paid off as the company’s digital sales grew 41% last quarter compared to a year ago. Target has also expanded “Drive Up,” a pickup service that allows customers to pre-order items online and have employees help load them into the items into their trunks.

In a conference call with analysts this morning, John J. Mulligan, chief operating officer and executive vice president, noted, "Over the last year, Shipt's membership base has more than tripled while orders, revenue and gross merchandise volume (GMV) are two to three times higher. While some of this growth has been driven by Shipt's entry into new markets, we are seeing orders in GMV in comparable markets, meaning markets in which Shipt was already operating a year ago that are up nearly 100% year-over-year.

"We're also very pleased that new partners continued to sign in to the Shipt platform attracted by the reliability and level of service that Shipt can provide. Year-to-date, the Shipt team has added to their marketplace a total 19 new retail partners who operate under 24 unique banners across the country. This has more than doubled the number of new partners that Shipt added to its marketplace in all of 2017."

Mulligan also pointed to Target's delivery-from-store service in dense urban markets, which is now available in 58 stores across five markets with an average $200 basket size, the highest of any Target service. Customers pay a small fee at checkout and choose a time window later the same day when their shopping basket will be delivered to their front door.

As for Drive Up, Mulligan said, "We started the year offering Drive Up with 50 stores and at the end of the second quarter, it expanded to more than 800 locations around the country. Our stores have done an excellent job training their teams to deliver this new service and guest satisfaction is off the charts. We expect to have this service rolled out to nearly 1,000 stores by the holiday season, and we will continue rapid expansion next year."