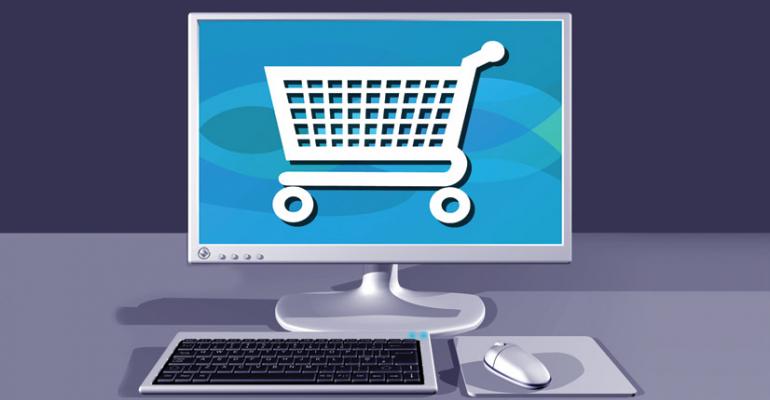 Online grocery ordering will approach 4% of total sales nationwide — a jump of more than 20% over current levels — and will exceed those levels by a wide margin in certain markets, according to Bill Bishop, chief architect of Brick Meets Click.

“We estimate that today about 3.3% of grocery sales are done online and that this will approach 4% by the end of 2014, depending on how fast Amazon moves and, in the process, moves Walmart to get more aggressive, which will speed up how fast grocers move into the online space,” Bishop told SN.

“This plays out on a market-by-market basis, and so in some leading-edge markets the numbers will be much higher. There are already markets in the U.S. with online grocery sales approaching 6% — for example, areas of Northern California.”

He estimated that traditional retailers with an e-commerce component currently account for about 70% to 75% of online sales today, with the rest of the 25% to 30% share coming from pure-play e-commerce companies like FreshDirect and Amazon.

“We expect this balance to be maintained through 2014, but most of the growth in retail will be click and collect,” Bishop explained.

His prediction came just as Amazon unveiled its expansion of its AmazonFresh perishables delivery to San Francisco, after rolling it out to Los Angeles earlier this year. The offering made its debut in the Seattle market in 2007.

Other markets where growth of online grocery as a percent of total sales has exceeded the national level include some parts of the Midwest, and possibly Northern New Jersey, Bishop explained.

“There are pockets in the Midwest where the numbers are already well over 4% — I think the Twin Cities is one — they have had Simon Delivers for a long time, plus they have some retail activity,” Bishop said.

He said the rollout of a click-and-collect offering at ShopRite, which is New Jersey’s No. 1 supermarket banner, combined with the expansion of New York-based FreshDirect across the Hudson River into several densely populated New Jersey markets and the Peapod offering at Stop & Shop, indicate that Northern New Jersey could be another market where e-grocery sales exceed national levels.

He noted that in each of the markets Bricks Meets Click has surveyed, “the No. 1 outlet is Amazon,” although most of those purchases involve only a handful of consumables at a time as opposed to the full grocery shop customers are likely to conduct at a traditional supermarket or full-service online grocer like FreshDirect.