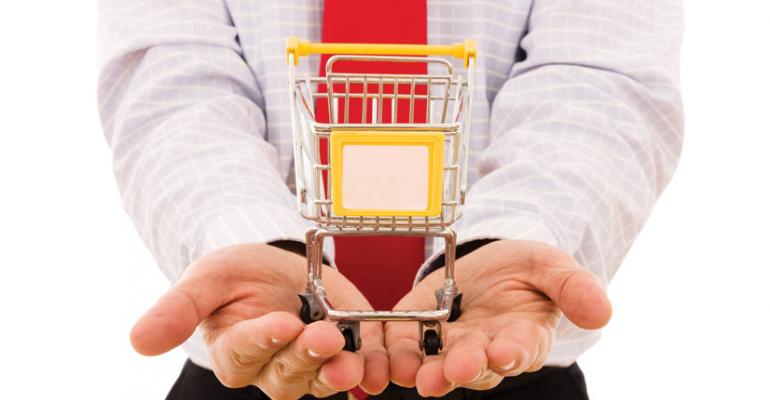 <p>&ldquo;The [small-footprint] format is already growing in the West, where Sprouts Farmers Market operates, but I see it migrating throughout the rest of the U.S.,&rdquo; says Neil Stern of McMillanDoolittle.</p>
News

Neil Stern, senior partner for McMillanDoolittle, Chicago, said he predicts a jump in the growth of small-format stores — what he calls “Small Formats, Take 2.”

He said he expects a proliferation of more stores modeled after Sprouts — farmers’ market-type stores that are perishables-driven and located in both urban and suburban areas.

“These would be small-footprint stores with more simplicity — a more streamlined approach,” Stern explained. “The format is already growing in the West, where Sprouts Farmers Market operates, but I see it migrating throughout the rest of the U.S.”

He said he doesn’t expect Sprouts to lead the way as the format makes its way across the country, “because it has its hands full simply growing into the markets it’s already in, so Sprouts is unlikely to jump geographically.”

Farmers’ market-style stores are already beginning to appear in new markets, Stern noted. “In Chicago, for example, we’re already seeing this trend with the introduction of Fresh Thyme, and I see that kind of store beginning to really grow because of the economics of it — the simplicity of opening these stores in existing real estate, in all kinds of empty boxes that are 20,000 to 25,000 square feet.”

These small stores would offer a small selection of groceries, he noted, “though consumers probably won’t be able to do all their grocery shopping there. The stores would offer more limited assortments, with traffic driven primarily by perishables.”

He also anticipates more small format limited-assortment discount stores, predicting that Lidl, the German-based chain that he said is growing at a faster rate in Europe than Aldi, will make a U.S. entry next year.

“Lidl already reportedly has a team of people in the U.S. in preparation for the move,” Stern said.

He also said he believes the new iteration of Fresh & Easy Neighborhood Market, under the ownership of Los Angeles-based investor Yucaipa Cos., could propel the small format forward in 2014.

“The new owners are going to fix the perceived mistakes Tesco made with the Fresh & Easy format by introducing service checkouts and getting variety better aligned, for example, which should increase the appeal of the stores.”