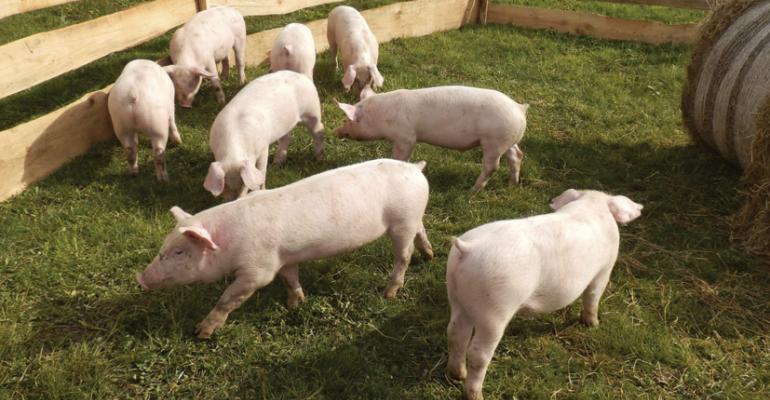 <p>&ldquo;In 2012 and 2013 we saw a slew of retailers make policies to eliminate gestation crates in their pork supply chains,&quot; reports Matthew Prescott at the Humane Society of the United States.</p>
Product Categories>Meat

Next year, supermarkets will start walking the walk on their sow housing pledges.

“In 2012 and 2013 we saw a slew of retailers — Costco, Kroger, Ahold, for example — make policies to eliminate gestation crates in their pork supply chains and now many of those companies are in the beginning stages of starting to actually convert their pork supplies away from gestation crates,” said Matthew Prescott, food policy director at the Humane Society of the United States, told SN.

In fact, over the last couple of years nearly every large retailer announced it would be requiring pork suppliers to phase out the use of gestation crates. However, adjusting the supply chain will be a significant task for these chains.

“That represents a big commitment on the part of the retailers that will take some work to figure out, and so we’re seeing some companies now looking at how they are going to move in that direction in 2014 and beyond,” said Prescott.

Some retailers are ahead of the curve and already giving updates on their progress.

“For example, Safeway cited in this new policy that it has already converted all the pork in its eastern division to gestation-crate free, and it’s looking to add another division in 2014.”

Many restaurants and grocery stores are differentiating their brands by taking extra steps on animal welfare and sourcing transparency. Whole Foods, for instance, continues to raise its supplier standards across categories, with rating systems in the meat and produce departments.

But even for chains that don’t have a specific animal welfare focus, consumers are expecting more.