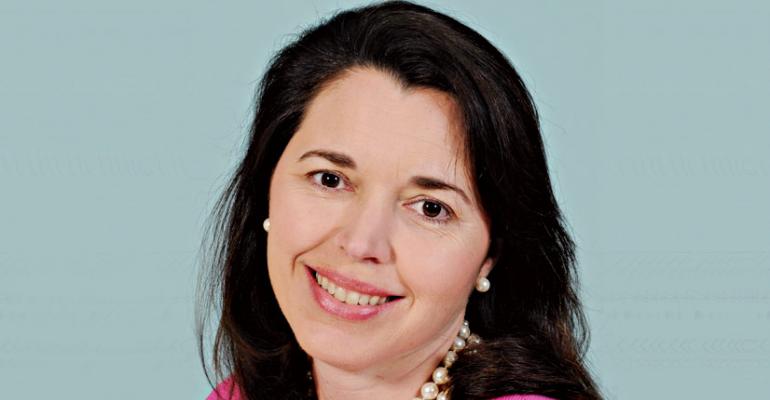 The looming election season, with control of the Senate up for grabs, means there will be little opportunity for action on some bills of importance to the industry before the lame-duck session in November and December.

Many of the bills of concern to food retailers will likely be pushed into 2015, according to Jennifer Hatcher, SVP, government and public affairs, Food Marketing Institute.

“We are in a situation where the big primaries and runoffs, and the real chance for potential of change of control in the Senate, has pushed politics ahead of productive public policy much earlier than normal,” she told SN. “It has really slowed the possibility for legislative activity until the lame duck session.

Even legislation that has broad bipartisan support, such as a bill to curb patent trolls, will likely not see action because of the preoccupation with campaigning on the Hill.

Legislation to extend tax credits to businesses for certain investments, parts of which are broadly supported in Congress, also will not likely see action until after the Nov. 4 elections, Hatcher said, while a broader discussion of tax reform has likely become an issue for 2015.

“We won’t even see that in the lame duck session,” she said.

One of the pieces of legislation that does have a chance for action before the lame duck session is approval of the highway trust fund, which expires in September.

“Clearly we can’t go on without a way to fund our roads and bridges,” Hatcher told SN. “We are certainly hopeful and expecting that they will come up with a short-term fix.”

There are two components of the Affordable Care Act that FMI is working on for potential activity in the lame-duck session.

One is the definition of a full-time worker for purposes of offering health insurance, which was set at 30 hours in the ACA.

“The current definition is causing a number of different problems in the industry,” Hatcher explained, with some companies considering reducing hours or otherwise altering scheduling patterns to comply with the legislation.

She noted that although there had been “a lot of momentum” on changing the full-time definition to better reflect traditional industry practice — from both Democrats and Republicans — “It’s just become too political,” Hatcher explained.

“That’s why we are really trying to set it up for some action in the lame duck session.”

The other ACA issue that the industry hopes to see some action on is the re-insurance fee, which is levied on every employee.

“When you are in an environment like ours that has a lot of jobs, that adds up to a lot of tax,” Hatcher explained. “It is a very expensive and is not reflective of the benefit that our industry would get back from that tax.”

FMI is also continuing to work on getting supermarkets removed from menu labeling requirements within ACA — “Nutrition Labeling of Standard Menu Items at Chain Restaurants” — that were designed for chain restaurants.

“If the final rule [from the FDA] is not where we think it needs to be, then we will be pushing for a legislative answer to get that where we need it to be,” Hatcher said.

Another issue that is very important to many FMI members is pension reform, but Hatcher said such activity will likely not see action until next year.

“We see some bills being introduced on both the single-employer and multi-employer side, but I’m not sure that will make it over the goal line,” she said. “I think that’s something we’ll just get an extender on until 2015.”

Other legislation has had momentum and could see action in the lame-duck session includes the Marketplace Fairness Act, which would allow states to collect taxes on online sales, and legislation overseeing truck drivers’ hours of service, which calls for a 34-hour rest period for truck drivers between weekly work periods.

“We had a lot of success with the existing hours of service, in terms of reducing the number of accidents, so this new requirement seemed superfluous, given what was already happening,” Hatcher explained.

While Congress has been more involved in preparing for the November elections than in discussing legislation, there has been a lot of activity on the regulatory front, Hatcher explained.

Some of the regulations required to implement the Farm Bill have been moving forward, including those concerning nutrition programs such as SNAP (the Supplemental Nutrition Assistance Program, formerly known as food stamps) and WIC (the Women, Infants and Children nutrition assistance program). WIC is up for reauthorization in 2015.

“It’s very important to a number of our members, and to many communities,” Hatcher said, noting that the reauthorization will be “very complicated.”

“Right now we are working on the background work to get ready to advance policies on WIC,” she explained.

Several pieces of the Food Safety Modernization Act are also in the rulemaking period, although most will not likely be finalized until 2015, Hatcher said.

FMI is also continuing to monitor developments at the National Labor Relations Board, including proposed rules to speed union elections.

“One of the biggest concerns we had in that rulemaking was the issue of employee privacy,” Hatcher explained, citing the requirement that employee contact information would need to be provided to unions. “We don’t want to turn over any employee’s information to anyone, and we see this as the camel’s nose under the tent on that front.

“Associates in the industry have a certain expectation of their privacy unless they opt in, or request that you share their information.”

At FMI Connect, FMI had a way for retailers to comment electronically to members of Congress on this issue, as well as on menu labeling.